You are here: Home / Archives for UN 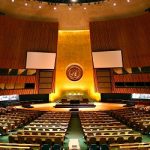 President Berdimuhamedov of Turkmenistan addressed the 75th session of the UN General Assembly through the video link on 22 September 2020. Here is the unofficial, slightly paraphrased translation of the speech: Dear Mr. Chairman! Dear Mr. Secretary General! First of all, let me congratulate Mr. Volkan Bozkyr on his election as President of the 75th […] 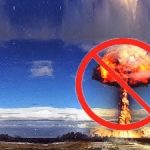 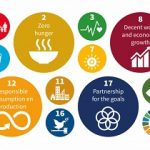 By Armida Salsiah Alisjahbana, Kanni Wignaraja, Bambang Susantono As lockdowns ease in countries across Asia and the Pacific in the wake of the COVID-19 pandemic, one thing is clear—a return to business as usual is unimaginable in a region that was already off track to meet the Sustainable Development Goals (SDGs). The virtual High-Level Political […] 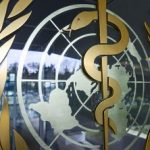 A mission of WHO (World Health Organization) arrived on Monday, 6 July 2020, has arrived for consultations with Turkmenistan on Covid-19 preparedness and response and related matters. The 5-member delegation, led by Dr. Catherine Smallwood, landed at the Turkmenabat airport, the only international airport of Turkmenistan currently open for international flights. The mission will stay […] 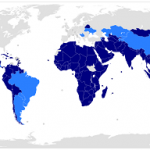 The summit-level meeting of NAM (Non-Aligned Movement) Contact Group in response to Covid-19 was held through the video link on Monday, 4 May 2020. The meeting was initiated by President Aliyev of Azerbaijan. The theme of the meeting was ‘United against COVID-19.’ Azerbaijan is the current chair of NAM for the period 2019-2022. The participants […] 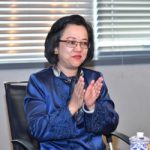 Armida Salsiah Alisjahbana, United Nations Under-Secretary-General and Executive Secretary of ESCAP The unprecedented public health emergency triggered by the COVID -19 pandemic and its multi-faceted impact on people’s lives around the world is taking a heavy toll on Asia and the Pacific. Countries in our region are striving to mitigate the massive socioeconomic impact of […] 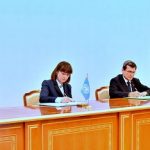 nCa Report The UN and Turkmenistan signed cooperation programme for the period 2021-2025 on Saturday (14 March 2020) in Ashgabat. This is the fourth such programme. – It is long haul but satisfying. Great headway has been made over the years. As DPM Meredov said in his opening remarks, the programme that starts next year […] 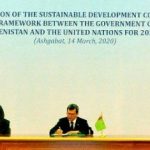 On March 14, 2020, the presentation of the Sustainable Development Cooperation Framework between the Government of Turkmenistan and the United Nations for 2021-2025 was held in the hotel “Yildiz.” The given document is aimed to promote further collaboration between Turkmenistan and the UN in different areas, including the maintenance of economic stability and growth, protection […]