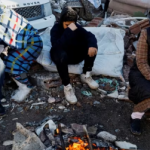 nCa Analysis The death and destruction caused by the earthquakes in Turkey and Syria on 6 and 7 February 2023 is colossal by all means. According to the latest reports, as of the morning of 8 February 2023, the death toll is around 8000. All of the five countries of Central Asia acted swiftly and […] 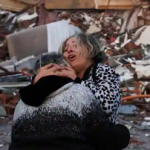 Turkey and Syria were hit by more earthquakes on Tuesday, 7 February 2023. According to the media reports, two major earthquakes of 5.7 on the Richter scale Tuesday morning struck the same areas that were affected by the earthquake the previous day. The death toll has exceeded 5000 and rising fast. More than 20000 have […] 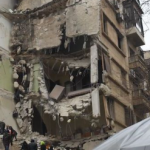 The two successive earthquakes Monday morning have wreaked havoc in Syria and Turkey. Nine provinces of Turkey (Turkiye) have been affected and the death toll has already reached 1200. At the Richter scale 7.8, it was a massive earthquake along the East Anatolian fault line, long identified by the experts as very dangerous. The people […] 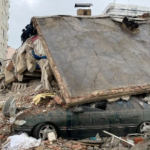 A massive earthquake, measuring 7.8 on the Richter scale, hit several cities in Turkey and Syria on Monday. The death toll is more than 700 and climbing. Thousands have been injured and rendered homeless. Eight provinces in Turkey including Gaziantep, Osmania, and Kahramanmaras have been affected. Many buildings have collapsed including the historic Gaziantep castle. […]