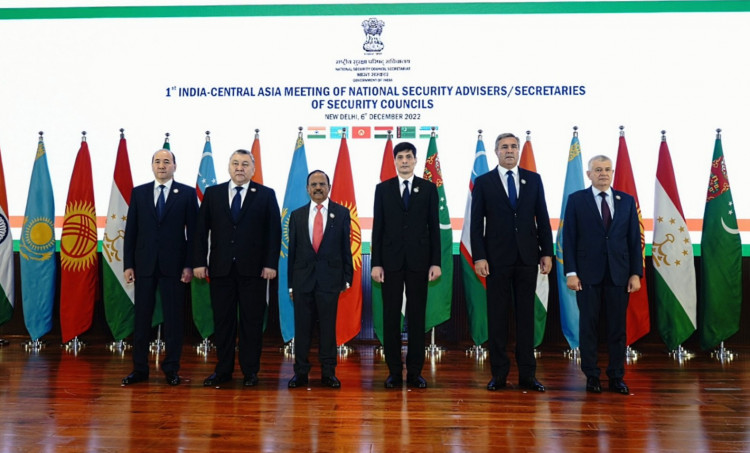 On 6 December, New Delhi hosted the first meeting of national security advisers – secretaries of the Security Councils of India and Central Asian countries. Turkmenistan was represented at the meeting by Ambassador Shalar Geldynazarov.

The officials discussed topical regional and international security issues, as well as the situation in Afghanistan, its impact on security and stability in the regional context. Within the framework of this topic, the parties reaffirmed their strong support for a peaceful, stable and secure Afghanistan.

Issues of cooperation in such areas as countering terrorism, separatism and extremism, illegal trafficking of weapons and drugs, transnational organized crime, cyberterrorism were touched upon.

The topic of regional transportation initiatives was also on the agenda for the meeting.

“Central Asia is our extended neighbourhood and we accord highest priority to this region. A peaceful, secure, prosperous Central Asia is in our common interest,” said National Security Advisor of India Ajit Doval.

The prospects for the development of the International Transport Corridor “North-South” were discussed. In particular, India has made a proposal to integrate the Iranian port of Chabahar in INSTC connecting Iran with Russia through Central Asia.

The National security advisers pointed out that Chabahar contributed to the delivery of goods during the humanitarian crisis in Afghanistan. In this regard, the importance of the multifunctional transport and logistics hub created by Uzbekistan in Termez was also mentioned.

Additionally, the sides stressed the significance of active participation in the implementation of the Agreement on the Establishment of an International Transport and Transit Corridor (the Ashgabat Agreement), to which Iran, Oman, Turkmenistan, Uzbekistan, Kazakhstan, Qatar and India are parties.

Following the results of the 1st Indian-Central Asian Meeting of National Security Advisers/Secretaries of Security Councils, a joint communique was adopted.

The document calls the parties for the early adoption of UN Comprehensive Convention on International Terrorism.

Next session of national security advisors of six countries will take place Kazakhstan in 2023.

The meeting in Delhi was organized as a follow-up of the agreement reached during the first India-Central Asia summit (27 January 2022) on holding regular meetings of the Secretaries of the Security Council to discuss regional security issues. ///nCa, 6 December 2022 (photo source – press service of Kazakhstan President)