A company from Kazakhstan has won the contract to manage the Hairatan-Mazar-e-Sharif railway line of Afghanistan. 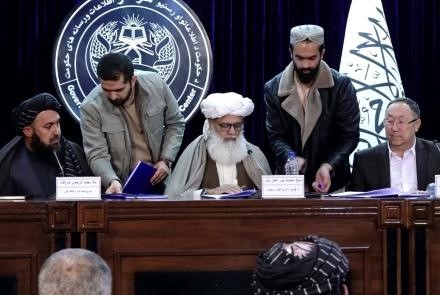 The annual value of the contract is USD 4.1 million. It covers the management of the technical issues of the railway line.

The deputy head of the Fatih Company, Bisn Bai Makhanov, said that they would increase the number of employees based on capacity.

“We have earned this contract through bidding,” he said.

Afghanistan has four railway lines. The Serhetabad (formerly Kushka)-Torgondi and the Imamnazar-Aqina lines are built and maintained by Turkmenistan from its own expenses and expertise.

The Hairatan-Aqina-Mazar-e-Sharif line connects with Uzbekistan.

The Khaf-Herat line connects with Iran. This construction of this 225km line was started in 2007 and reportedly completed in December 2020 but has still not come into operation. The expenses on the projects have reached US $ 75 million according to some media reports.

The spokesman of the Iranian foreign office told the media on 1 November 2022, “The operation of the Khaf-Herat Railway Project is facing interruption due to domestic conditions in Afghanistan.” /// nCa, 7 December 2022 [picture credit TOLO News]