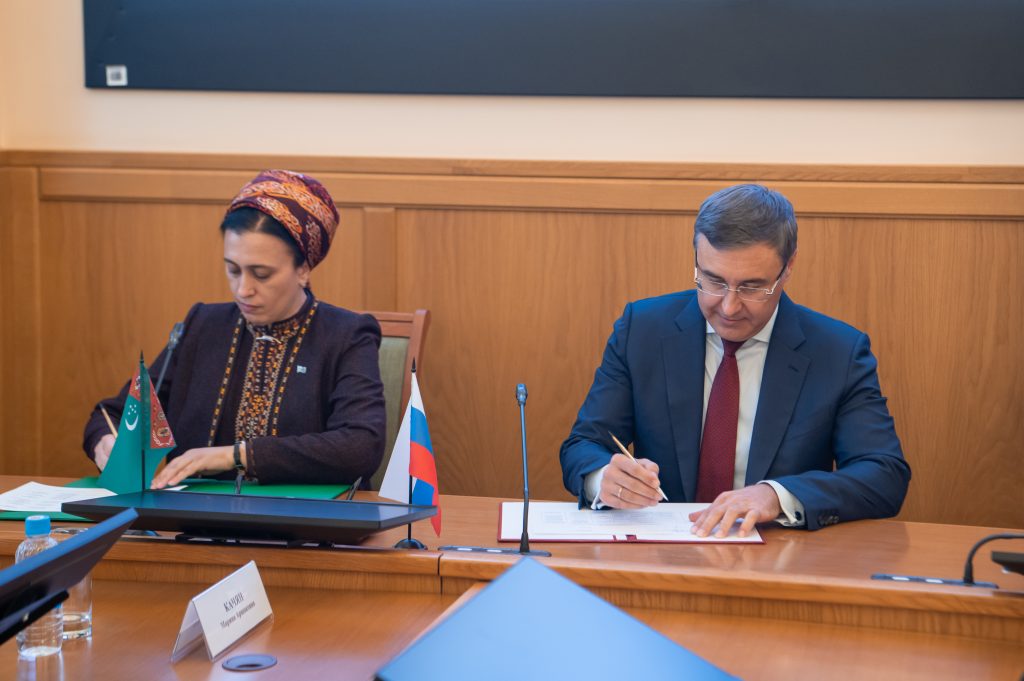 Today, a special relevant area for Turkmenistan is the training of personnel in the field of digitalization and cybersecurity. This statement came from the Minister of Education of Turkmenistan Gurbangul Atayeva during a meeting at the Ministry of Education and Science of Russia.

“In this regard, we are interested in studying the experience of our Russian colleagues and expect to allocate it to a priority segment of our cooperation and develop a separate roadmap,” she added.

During the meeting on Tuesday, 6 December, Atayeva and the head of the Ministry of Education and Science of Russia Valery Falkov discussed issues of partnership in the field of higher education.

Following the negotiations, the parties inked an action plan of the Turkmen-Russian working group for 2022-2023.

The parties also discussed the creation of a Turkmen-Russian university. In particular, the Russian side has already prepared a draft intergovernmental agreement on the establishment and conditions of the joint university. It will train technical and medical specialists.

Gurbangul Atayeva noted that large-scale work is underway in Turkmenistan to improve the national sphere of education, where an important attention is paid to cooperation with Russia.

She voiced proposals to expand cooperation in the field of learning the Russian language, including the organization of internships for teaching staff in Russian universities, receiving scientific, educational and fiction literature for universities of Turkmenistan and others. Falkov promised that these proposals will be submitted to the working group for consideration.

According to the Ministry of Education and Science of Russia, at present more than 30,000 citizens of Turkmenistan are studying in Russian universities, including over 4,000 budget-basis students. According to the results of this year’s admission campaign, 385 citizens of Turkmenistan were admitted to universities under the quota of the Government of the Russian Federation. ///nCa, 6 December 2022