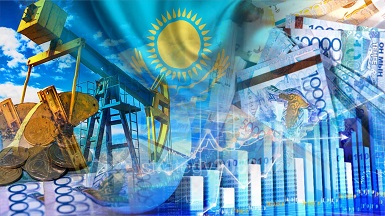 The National Bank of Kazakhstan has released some data, setting the baseline for the planners in the Tokayev administration.

The Chairman of the National Bank of the country, Galymzhan Pirmatov, told the media:

The bureau of national statistics of Kazakhstan told the media that the production of natural gas for the period Jan-Oct 2022 was Tenge 259.9 billion (approx. USD 550 million) in monetary term, showing a decrease of 1.5% against the same period of last year. The volume of natural gas produced was 43.37 billion cubic meters, which was also 1.5% less than the corresponding figures of the last year.

The problems have been acknowledged publicly and this is the first, important, step toward solving them.

Some officials of the Tokayev administration have outlined the decisions to deal with the problems facing the country. Simultaneously, it has been pointed that the global downturn and uncertainty are the primary factors influencing the economy of Kazakhstan.

The minister of labour and social protection of Kazakhstan said that starting next year, the minimum wages for the unskilled workers will be increased from 60000 Tenge to 70000 Tenge. The minister said that other measures will also be taken to increase the income of the population.

By announcing these figures, the team has created a baseline. The tasks ahead have also been set, quite modestly but realistically.

The urgent areas such as the increase in the entry-level unskilled workers are being addressed. The importance of the education, healthcare, and social security sectors has been acknowledged by promising to double their salaries.

This is the start of the implementation of the campaign promises made by President Tokayev.

The GDP growth targets may look rather small but let’s look at some figures.

The size of the GDP of Kazakhstan in 2022 is USD 224 billion in nominal terms and USD 596 billion in PPP. On aggregate, Kazakhstan accounts for nearly 60% of the total GDP of Central Asia. Therefore, gaining adequate traction to reach 4.5% of growth in the GDP will be quite an achievement. /// nCa, 6 December 2022