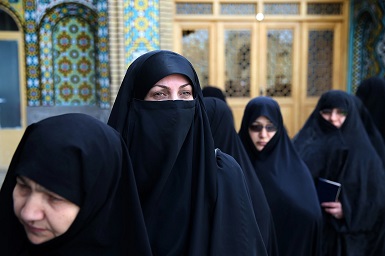 According to several media sources, the authorities in Iran are considering to permit relaxation in the hijab law, the dress code that binds the women to cover their head and face in a certain prescribed way.

There also the reports that the morality police that were mainly enforcing the hijab law, has been disbanded. However, some officials have refuted this news.

According to the reports, Iran’s Attorney General Mohammad Jafar Montazeri said a few days ago that Iran’s parliament and judiciary were reviewing the law that requires women to wear a hijab in public.

According to Montazeri, the parliament and the judiciary had started considering the issue and some kind of decision could be expected in about a couple of weeks.

The current waves of protests in Iran that have been going through highs and lows for several months, are focused on the hijab restrictions although the economic hardship of the ordinary people could actually be shaping the mood of the mobs.

The death of Mahsa Amini, the Iranian woman who was in the custody of the morality police because of violation law, triggered the protests in September this year.

Even if some relaxation is introduced in the hijab law and the protests subside because of that, there would still remain the hard and uphill task of addressing the economic hardships facing the common man. /// nCa, 6 December 2022