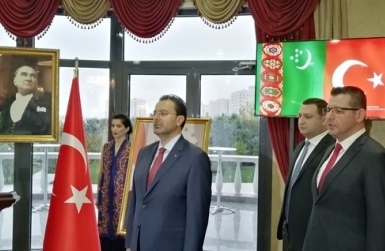 Ambassador Togan Oral of Türkiye hosted a reception on 29 October 2022 to mark the 99th anniversary of the Proclamation of the Republic.

The chief guest on behalf of Turkmen government was DPM, Co-Chairman of the Intergovernmental Turkmen-Turkish Commission on Economic Cooperation Batyr Atdayev.

Here is the speech of the Ambassador Togan Oral on the occasion:

Esteemed representatives of Turkish institutions and organizations and the businesses,

Today, we celebrate the 99th Anniversary of the Foundation of the Republic of Türkiye with pride, happiness and enthusiasm in our Fatherland, Turkmenistan.

First of all, I would like to thank each and every one of you for showing the kindness to be with us on this happy day.

I hope that a year later, we will be able to celebrate the 100th Anniversary of our Republic with enthusiasm, altogether in here, if possible in a sunny weather, in our garden as we planned for today.

On behalf of our nation, I would like to express our gratitude to our great leader Atatürk, who gifted us our freedom and independence, and then our democracy and republic 99 years ago; I feel obliged to commemorate with gratitude and mercy him and our ancestors, who devotedly took part in our struggle for liberation and establishment.

Now, I would like to share with you the Republic Day messages of our President Mr. Recep Tayyip Erdoğan that best express the meaning of this special anniversary and the feelings it brings into being in our nation:

“Today, we altogether feel the pride and the enthusiasm of celebrating the 99th anniversary of the foundation of the Republic of Türkiye.

I also wish to express my gratitude to our friends who share our joy of celebration in our missions abroad, on behalf of myself, my country, and my nation.

On this occasion, I commemorate with gratitude once again Ghazi Mustafa Kemal Atatürk, the founder of our Republic, alongside our heroes who crowned our War of Independence with victory, and the patriotic members of the Grand National Assembly.

I wish the mercy of Allah upon our holy martyrs who lost their lives, as if they were stepping into a rosary for the sake of our independence, and I commemorate our veterans with gratitude.

We pursue our uninterrupted struggle to elevate the Republic of Türkiye, which we founded by paying heavy sacrifices 99 years ago under very difficult conditions, “above the level of contemporary civilizations”.

Thanks to the democracy and development revolutions, which we have achieved in the last 20 years, we removed not only the obstacles raised before the national will, but also the thick walls placed between the people and the Republic.

We transformed Türkiye into a country with an exemplary democracy, an impressive economy, whose diplomacy is followed with interest, and which preserves its national unity and brotherhood in the strongest way possible, despite all attempts of sabotage.

It is a fact that Türkiye, whose struggle for independence was a beacon of inspiration to the oppressed people a century ago, remains within the range of the eye and hearts.

At a time when global uncertainties are on the rise, our efforts towards establishing peace, stability, and justice, are appreciated by all.

We strive to set up a peace and prosperity zone around us through our entrepreneurial and humanitarian foreign policy, from ending the humanitarian tragedy in Syria to finding a solution to the Russia-Ukraine crisis.

As the country which provides the highest amount of humanitarian aid in proportion to its national income, we run to the rescue of all oppressed, victimized, and needy persons, regardless of their origin, belief, and differences.

While we reinforce the standing and importance of our country on a global scale, we incessantly pursue investment and development efforts in our country.

Natural gas that we have discovered in the Black Sea, and for which we spend efforts night and day to bring it to our homes, has opened new avenues for us in the field of energy.

We have reached the capacity of designing, developing, producing, and exporting our own products in the field of defence industry.

We compete with ourselves in every field, from agriculture to tourism, from transport to education and health, and we constantly raise the bar higher for success.

A few days ago, we laid the foundation for the biggest social housing project of our history, which will meet the housing and land demands of approximately six million citizens.

On 29 October, we will be holding a celebration, as the first ever domestic and national electric car of our country, TOGG, will come off the production line.

Despite all the obstacles and injustices we endure, we lay the foundations of our vision for 2053 and 2071, with the precision of a chess master.

We are determined to build the “Türkiye Century” upon the infrastructure of works and services we have provided to our country.

May Allah clear our path and destiny.

With these thoughts, I would like to congratulate our 29 October Republic Day once again and wish our nation health, serenity, and well-being.

May the souls of our martyrs rest in peace!

Happy 99th anniversary to our Republic!

With my best wishes…

On the occasion of this year’s 30th anniversary of the establishment of diplomatic relations between our countries, as the Ambassador of the country that first recognized Independence of Turkmenistan and established the first Embassy in Ashgabat, I would like to express my respect and gratitude to the Chairman of the Halk Maslakhaty Milli Gengesh of Turkmenistan, to Arkadağ Mr. Gurbanguly Berdimuhamedov and President of Turkmenistan His Excellency Serdar Berdimuhamedov for their great support and visionary in bringing the relations between our brotherly countries to the point it has reached today.

Once again, thank you all for sharing our joy and enthusiasm today. ///nCa, 30 October 2022 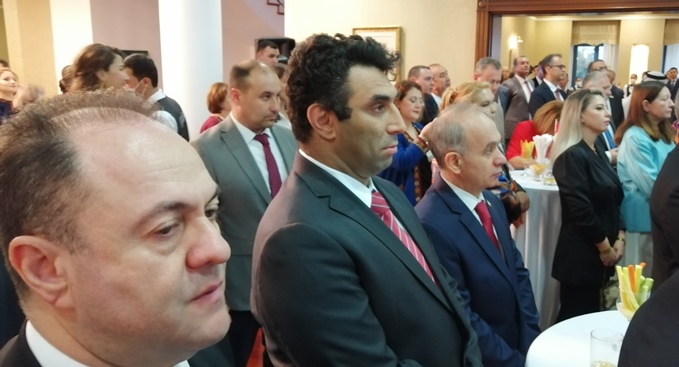 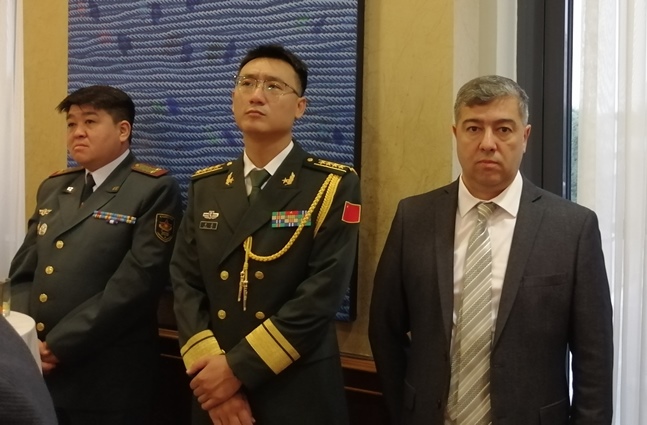 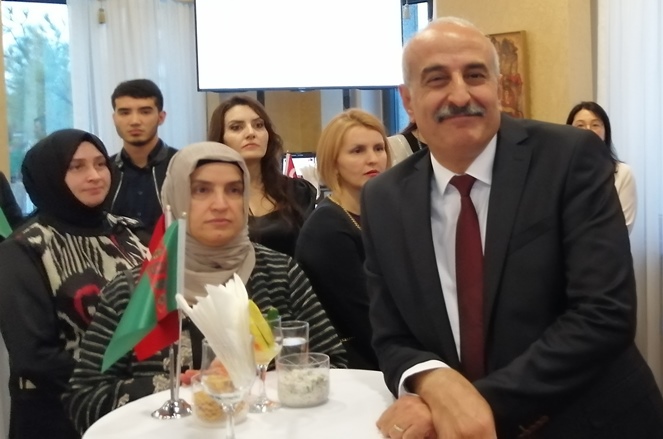 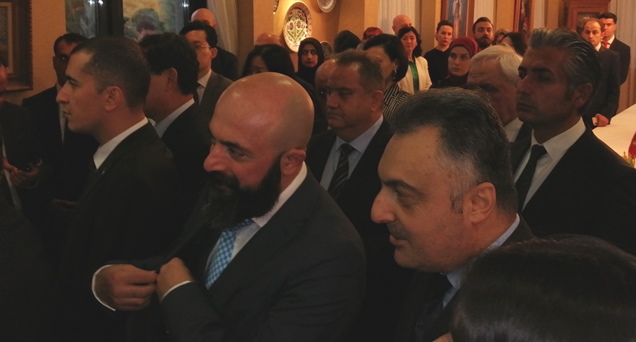 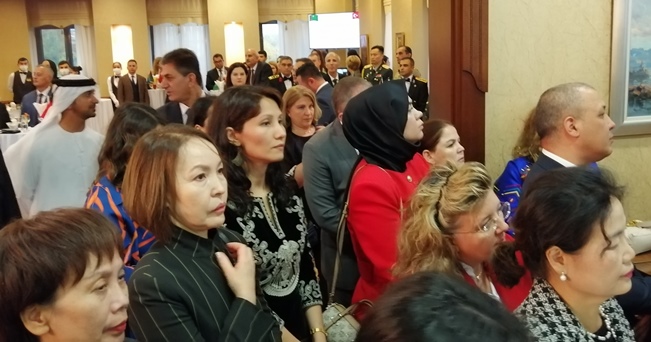 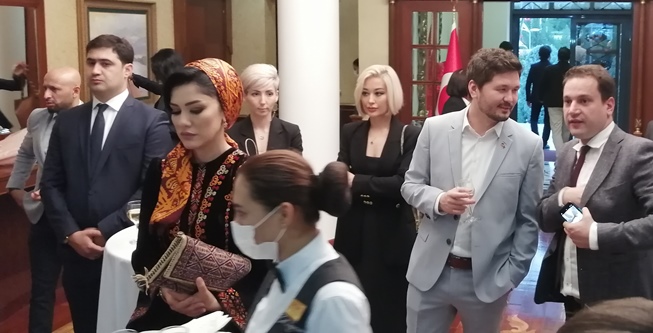 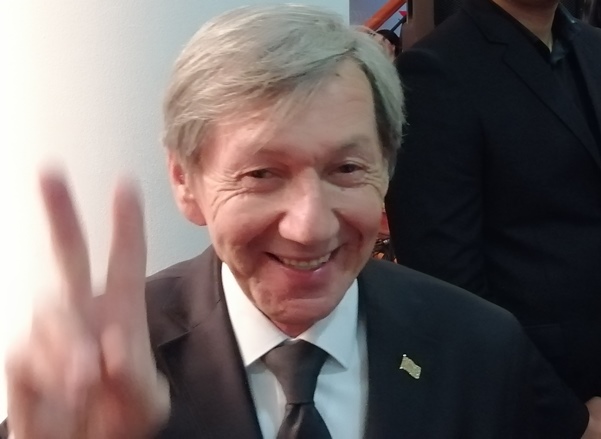