Ambassador Mustafa Kapucu of Turkey, and the Turkish military attaché, Major Sener Kimence, hosted a reception on Thursday to mark the Victory Day (Zafer Bayrami) of Turkey, which commemorates the victory in the 1922 Battle of Dumlupınar in the Turkish War of Independence. The day, celebrated on 30 August, is also known as the Armed Forces Day. 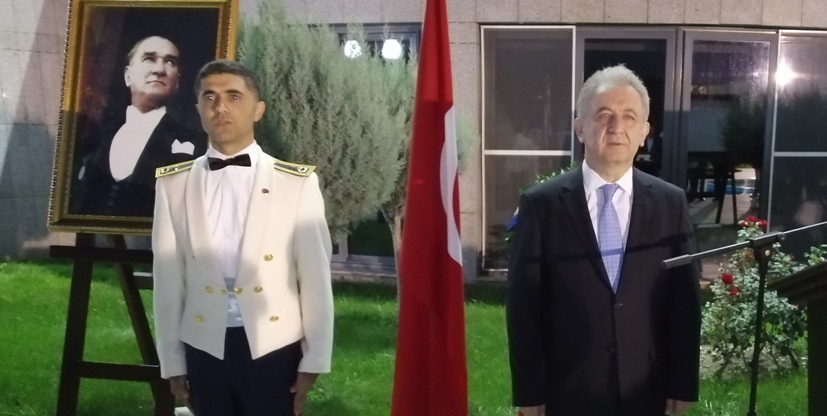 Dear Mr. Dovran Durdiyev, Deputy Minister of Defense of Turkmenistan, Dear Ambassadors, Esteemed Citizens, I would like to congratulate August 30 Victory Day of our citizens.

I remember Mustafa Kemal Atatürk, the founder of the Republic of Turkey and the Commander in Chief of the Great Offensive and his comrades with -gratitude and respect.

I wish God’s mercy upon all our fallen and veterans.

August 30 is the most obvious proof of what a nation can venture and accomplish to save its independence and its dignity when confronted with the choice “EITHER INDEPENDENCE OR DEMISE”.

On August 30, 1922, the Turkish nation announced to the whole world that it would never bow to oppression and forego its independence in any way.

Likewise Turkish Nation showed the world once again its ambition to protect its liberty and future against the imperialist desires on July 15th against heinous coup attempt.

Today, this struggle continues successfully in the difficult geography we are in. We will surely win this fight too, with the support of those who trust in Turkey and in the Turkish Nation.

The celebration of our Victory Day in Atavatan Turkmenistan is another source of joy for us. As in all fields. there is an exemplary cooperation between the two countries in the field of defense which worthy of our brotherhood.

I would like to express my gratitude to His Excellency Gurbanguly Berdimuhamedov and our President H.E. Recep Tayyip Erdogan who have pioneered for developing these excellent relations.

On this occasion, I wish Allah’s mercy upon Ghazi Mustafa Kemal Atatürk and all our martyrs and veterans. 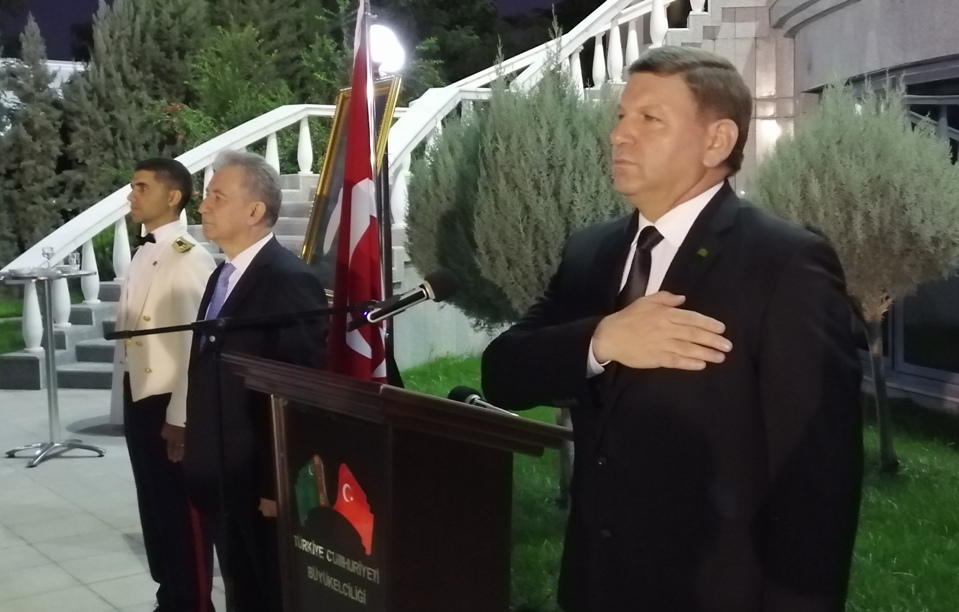 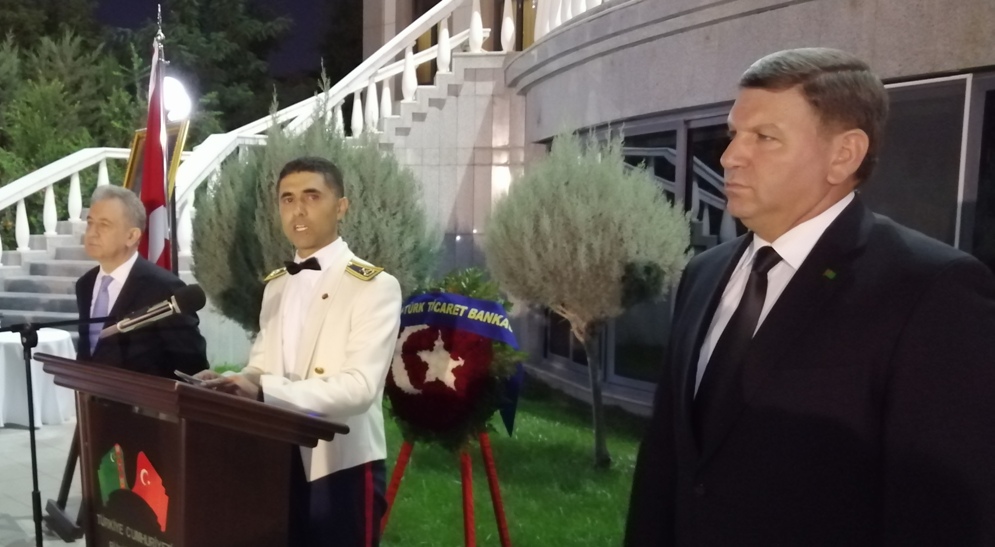 Today, we are proud to celebrate the anniversary of the great victory of Mustafa Kemal Atatürk, the eternal commander of the Turkish Armed Forces, and the noble Turkish nation.

We celebrate 302 August as one of significant dates in Turkish history, as it has been a “struggle for existence” and became a turning point for Turkish Nation. At the same time, this great victory paved the way for beginning of modernization ideal.

The struggle initiated by Atatürk inspired many other colonial nations in the world that many nations stood up for independence and gained their righteous places in the modern world. 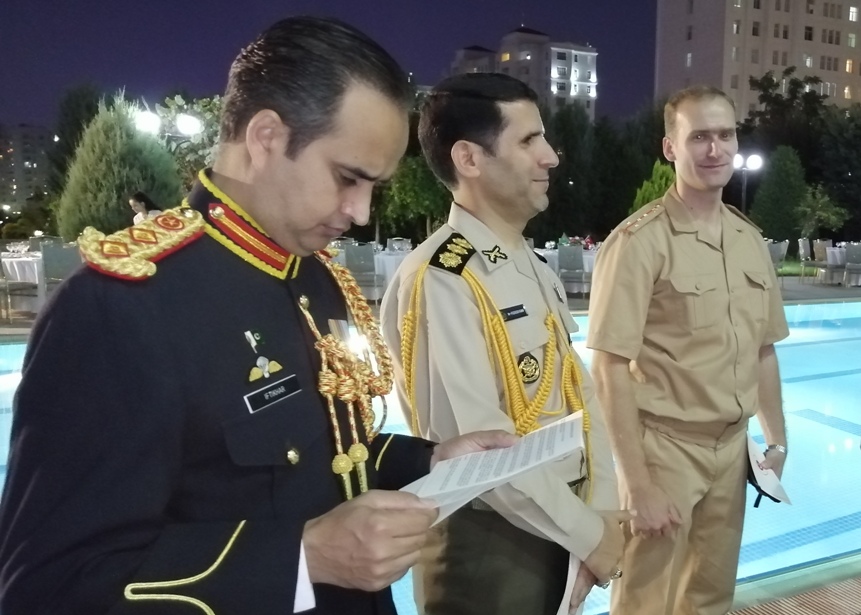 Turkish Armed Forces will further be working with friendly and allied countries’ armed forces, continue to share information and experience, developing cooperation and mutual understanding for peace in the region and world. 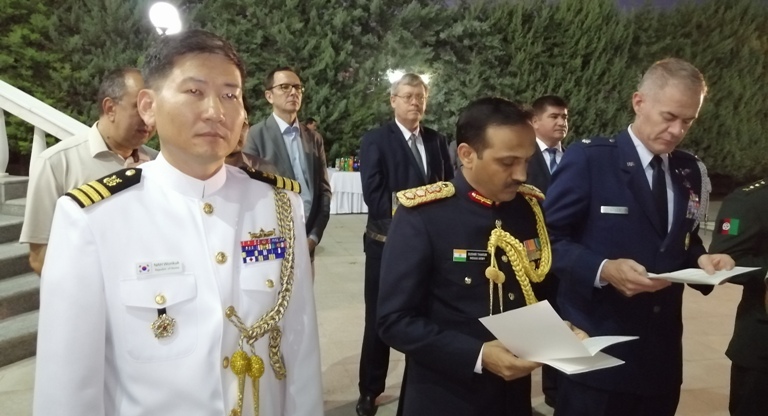 It’s another source of pride for us to celebrate 97 anniversary of this significant day in our fatherland Turkmenistan. We are happy to see independent and neutral Turkmenistan’s rapid economic development in each and every sector under the leadership of His Excellency Gurbanguly BERDIMUHAMEDOV, President of Turkmenistan.

We sincerely believe that relations between Turkmenistan Armed Forces and Turkish Armed Forces will further be strengthening on an equal basis and mutual respect for the benefit of our countries. Taking this opportunity I would like to state that we are ready to cooperate and give any support in this way.

Completing my speech, I lean with respect in the bright memory of our forefathers who bequested us our today, commemorate all victorious veterans and martyrs with gratitude.