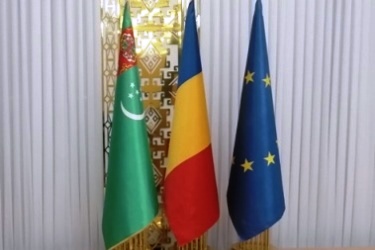 Ambassador Ion Naval of Romania hosted a reception on 1 December 2022 to mark the National Day of Romania.

The chief guest on behalf of Turkmen government was Mametkhan Chakiyev, Director General of the Agency of Transport and Communications under the Cabinet of Ministers of Turkmenistan.

Here is the speech of the Ambassador Ion Naval on the occasion:

Mr. Deputy Prime Minister Mamethan Chakiev,
Your Excellencies ambassadors and representatives of diplomatic missions,
Ladies and gentlemen,
Dear Romanians,
I am deeply honoured to welcome all of you to Romania’s National Day reception. Thank you for joining me tonight on this special occasion for my country.

Today we celebrate the National Day of Romania together, with gratitude for the sacrifice and wisdom of our forefathers, who made possible Modern Romania, but also with trust and hope in the future that we ourselves, as a nation, choose to build, in accordance with the values of democracy and freedom.

As always, the Great Unity Day is a call to unity, solidarity and national pride.

December 1 reminds us, year after year, that the Romanian nation has the strength to fulfill its great ideals, even in spite of the most adverse historical circumstances.

December 1, the National Day of Romania, has a special meaning for the Romanian nation. On December 1, 1918, 104 years ago, delegates from the historical Romanian provinces of Transylvania and Banat gathered in the beautiful city of Alba-Iulia and decided to unite with Romania. A few months before this moment, the representatives of other historical regions took ad referendum, a similar decision.

For the first time, in the long history of the Romanian people, all the territories inhabited by a majority Romanian population were united in the borders of our country, and by this, marking the beginning of the process of building the modern state of Romania, based on modern democratic values and principles economic shared with the states of Western Europe.

December 1989, like December 1, 1918, is an important milestone in the history of my country, marking Romanian’s return to the great family of European democratic countries and in this way, ensuring our national contribution to the process of reunification and integration of the European continent.

As a recognition of the special progress made internally in the processes of democratic, political and socio-economic reform, Romania has been a member of NATO since 2004, and this year we marked 15 years since we have been a full member of the European Union, actively contributing to the further development of the process of European integration, to the reform and modernization of the EU institutions and to the common European policies, to the security and stability of Europe and the neighboring regions.

The tests of history, the wars, the decades of communism and repression, did not weaken the national being, did not make us less determined, less lovers of freedom and did not kill our aspirations and hopes. On the contrary, the Romanian nation rose every time stronger, more ambitious and with an indomitable will to assert its place in the world.

Today, Romania is respected in the world, in Europe, in the partnerships and organizations of which it is a part, for its commitment to the spirit of freedom, pluralism, democracy and the rule of law. December 1, is not only an occasion to remember the past, but also a stage in a path to the future.

Ladies and gentlemen,
Through the accession of Romania, the EU is today present on the coasts of the Black Sea and is closer to the countries of the Caspian Sea and Central Asia regions. This is a positive development, which creates increased opportunities for strengthening and expanding relations in many fields with these states, in the bilateral and multilateral framework, to build new bridges of friendship and cooperation.

Therefore, Romania actively promotes the development of this approach in its relations with these states, including Turkmenistan, on a bilateral level and within the EU Synergy for the Black Sea and the EU Strategy for Central Asia.

It gives me great pleasure to remind you that Romania recognized the independence of Turkmenistan on December 21, 1991, being among the first countries in the world to recognize the young Turkmen state, and later, on July 21, 1992, Romania and Turkmenistan established diplomatic relations.

2022 is an anniversary year, our states mark 30 years since the establishment of diplomatic relations. Our bilateral relations have developed and strengthened over the past 30 years in a wide range of areas, from political dialogue, to cultural affairs and people-to-people contacts, and beyond to topics such as connectivity and water management. The same positive and constructive interaction is maintained at the multilateral level, within international forums.

This anniversary year in our bilateral relationship offers us a special opportunity to see where we learn and work to prepare the future development of our diplomatic relations.

Turkmenistan is a key partner of Romania in Central Asia, and our countries have developed a strong and mutually beneficial relationship in various fields, among them energy and transport stand out. In this sense, Romania remains committed to further expanding sectoral cooperation and capitalizing on the results achieved so far.

For this purpose, a very important mechanism established by our countries is the Joint Intergovernmental Commission for Economic, Commercial, Technical and Scientific Cooperation, which has already held seven working sessions.

Ladies and gentlemen,
Romania’s accession to the EU and the importance given by the EU to Central Asia generate additional opportunities and synergies. A project of particular relevance for our countries is the Black Sea – Caspian Sea International Transport Route, a key bilateral Romanian-Turkmen initiative, promoted in a four-part format, which brings together our two countries, as well as Azerbaijan and Georgia. The aim is to create an inter-modal transport route, maritime / road / railway, with a length of 2500 km between Europe and Central Asia, using the shortest geographical corridor connecting two regions, as well as the framework established by the EU Strategy for Central Asia. Once operational, this Transport Route will provide ample opportunities for growth in the wider region and bring to the fore our main seaports, Constanta and Turkmenbashi International Port respectively.

The official launch of the project, by signing a joint declaration by the Foreign Ministers of the four participating countries in March 2019, in Bucharest, during Romania’s mandate as Presidency of the EU Council, constituted a special moment for the initiation of the Transport Route, which we hope that, in the shortest time, it will reach the operationalization phase.

Our bilateral cooperation is also aimed at strengthening human contacts through increased interaction in the field of education and culture.

I would like to emphasize the fact that Turkmenistan stands out among the regional partners in Central Asia as the state with the largest number of students who benefit from the scholarships offered by Romanian state.

More and more Turkmen citizens are choosing Romania as a study destination, not only oil and gas engineering, which are already traditional, but also medicine, biology and informatics. We welcome and encourage this diversification trend, as Romania offers excellent opportunities and advantages taking into account its outstanding academic environment, modern educational programs and state of the art technical and scientific facilities.

Romania constantly supports young Turkmens to study in our country, by awarding annual scholarships for university studies at bachelor’s, master’s and doctorate levels, as well as specialized training for teachers and students and opportunities to participate in summer language, literature and Romanian civilization.

Turkmen students receive not only a diploma recognized in the European Union, but also learn the Romanian language and get used to Romanian culture and everyday realities.

In this context, it gives me great pleasure to welcome the presence, in this hall, a number of young Turkmens who studied in Romania and today they represent real bridges between our states.

Ladies and gentlemen,
As our world today faces a swirling combination of uncertainty and instability, peace and development remain the central themes of our times. Unprecedented challenges require unprecedented cooperation, that’s why we strongly believe that the future offers us many possibilities to strengthen our political dialogue and find ways of practical cooperation, for the benefit of our countries and people.

We share political, economic and strategic interests, and the mutual steps that will be taken in the coming period in areas such as trade, investment, energy, transport, culture, education and many other areas will contribute to the further expansion and deepening of our bilateral cooperation.

The strategic links between the Black Sea and the Caspian Sea area have a special significance for the security and stability of our country, so Romania remains committed to the Black Sea – Caspian Sea International Transport Route, a key project that will provide wide opportunities for growth in the region.

Likewise, Romania fully supports the deepening of EU-Turkmenistan relations within the framework of the EU Strategy for Central Asia.

Before concluding, I would like to use this opportunity to express, on behalf of the Romanian authorities, warm congratulations, professional and personal accomplishments to His Excellency Mr. Serdar Berdimuhamedov, the President of Turkmenistan, and to wish peace and prosperity to the Turkmen people, on the occasion of the upcoming celebration of Turkmenistan’s Neutrality Day.

At the same time, I congratulate all Romanian compatriots on the occasion of Romania’s National Day, wanting to remind that it is our duty, of all those who feel, speak, live and think in Romanian to preserve and promote the Romanian language, culture, values and traditions wherever we are.
Only in this way more united, more solidary we can contribute to a Romania more aware of the values that define us as Romanians – modern, oriented towards the future, part of a united Europe.

I would like to invite you now to raise a glass of wine for Romania, for Turkmenistan, for our partners and friends in all over the world, for the personal health and happiness of each of us.

Happy anniversary, Romania!
Thank you for your attention! ///nCa, 2 December 2022 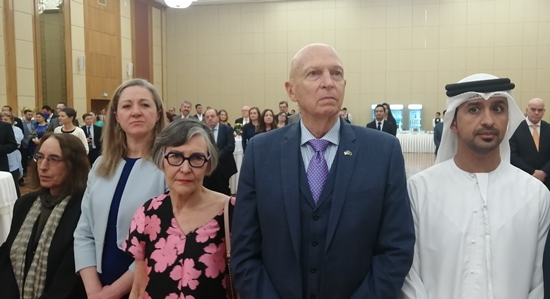 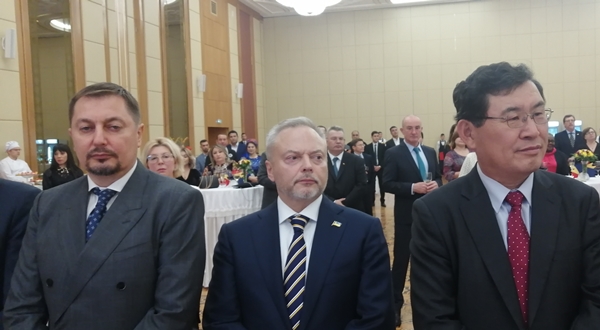 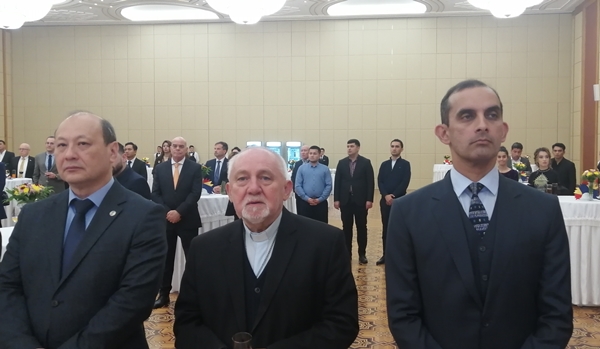 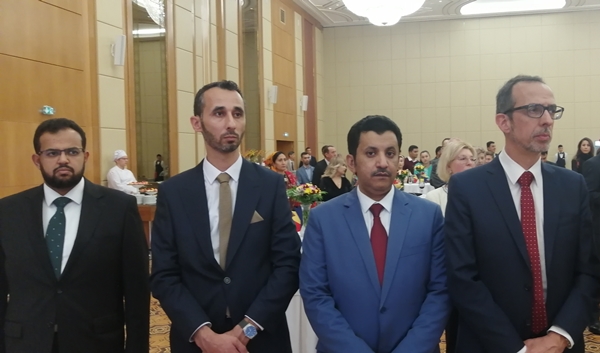 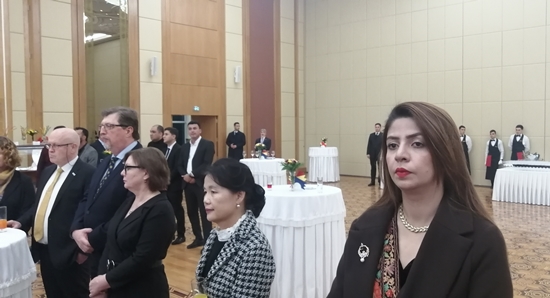 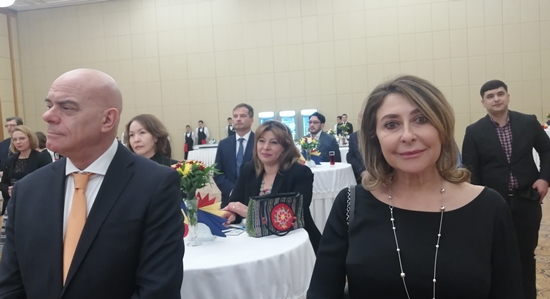 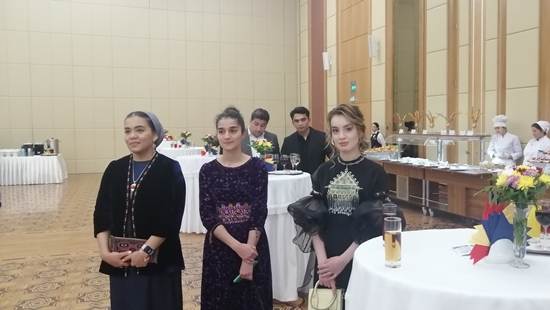 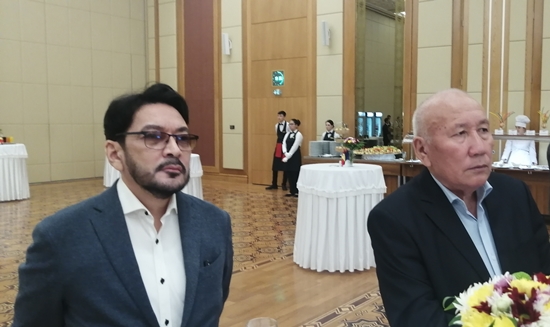 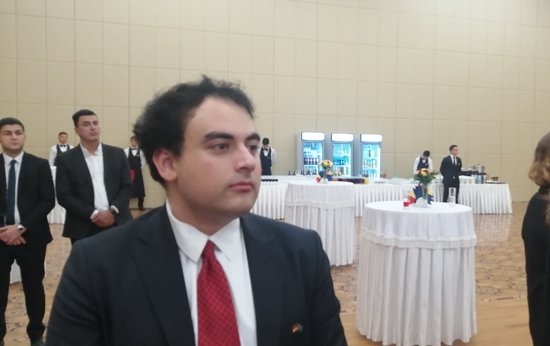 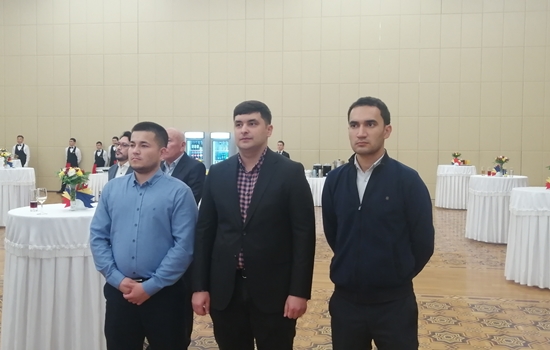