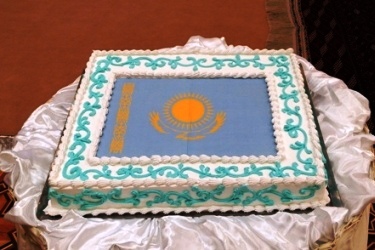 Ambassador Yerkebulan Sapiev of Kazakhstan hosted a reception on 16 December 2021 in Ashgabat to mark the 30th anniversary of independence.

The number of guests was limited because of social distancing guidelines.

Here is the text of the speech of Ambassador Yerkebulan Sapiev:

Your Excellency, Deputy chairman of the cabinet of ministers, Distinguished Chary Bayramovich!
Excellencies! Ladies and Gentlemen!
First of all, I would like to express my deep gratitude for your participation in our event. I would also like to cordially congratulate the dear President of Turkmenistan on the last International Day of Neutrality! I wish the distinguished President every success.

Today is a significant day for our country. We are celebrating the 30th anniversary of Independence. Our ancestors dreamed of it for centuries. As our distinguished President K.K.Tokayev noted: “We did not get independence as a gift or by chance. 30 years of independence is a whole era. This is the era of persistent overcoming of the hardest difficulties and trials”.

For 30 years we have built a sovereign rule of law. Over the years, enormous efforts, political will, human resources and financial capital have been invested in building a modern, developed state.
Our country has successfully overcome a difficult period of transformation. During this period, a solid foundation of democratic institutions was laid, a transition to a market economy took place and internal political stability was ensured.

Over the years of independence, Kazakhstan has attracted more than $370 billion in foreign direct investment. According to the IMF, from 1993 to 2020, GDP per capita grew 28 times, from $304 to $8700. By 2050, our country may become one of the 30 most developed countries in the world.
In 2021, the economy of Kazakhstan maintained a steady growth rate. According to the results of ten months of this year, GDP growth amounted to 3.5%.

As distinguished President of the Republic of Kazakhstan K.K.Tokayev noted, in the next decade our country will continue consistent political modernization, building the economy of the future based on new technologies, artificial intelligence, high labor productivity and creative initiative.

All this would have been impossible to achieve without a unique culture of tolerance, which has developed on the basis of interethnic harmony and interfaith understanding in society.
We have 126 nationalities and ethnic groups living in peace and harmony, speaking 23 languages, confessing various religions.

Dear friends!
Our First President – the Leader of the Nation, distinguished N.A.Nazarbayev, laid the foundations of the state building of our country. Under his leadership, Kazakhstan today has emerged as a successful, politically stable and dynamically developing state.

The strategic course of development laid down by our First President continues under the wise and skillful leadership of the President of the Republic of Kazakhstan K.K.Tokayev.

Our country was able to build friendly relations with all international partners on the basis of a thoughtful and balanced multi-vector foreign policy.

The enormous personal authority of the First President of Kazakhstan and the Head of our state in the international arena has become a key factor in the success of Kazakh diplomacy.

Constructive and balanced interaction with all strategic partners and friendly countries continues.
Interaction with the countries of Central Asia, including brotherly Turkmenistan, is being strengthened. Our countries are linked by strong ties of common historical and cultural heritage.

From the first days of independence, Kazakhstan and Turkmenistan have established friendly and fraternal relations based on mutual trust and equal cooperation. Our countries, based on a common history, similarity of cultures, traditions and common interests, provide mutual support in the international arena.

This is facilitated by the growing level of trust between countries and contacts at the highest level. The evidence of it is the state visit of the President of the Republic of Kazakhstan K.K.Tokayev to Turkmenistan on October 24-25 this year at the invitation of the highly esteemed President of Turkmenistan, His Excellency G.M.Berdimuhamedov, as well as the working visit of the distinguished President of Kazakhstan to Turkmenistan in August 2021 to participate at the third Consultative Meeting of the Heads of State of Central Asia in the beautiful tourist area of “Avaza”.

All this demonstrates the high dynamics of good-neighborly and fraternal relations between the countries of the region.

large and historically significant international events that took place in Turkmenistan this year in the spirit of traditional warm hospitality such as mentioned Consultative Meeting, the 15th ECO Summit in November and an international high-level conference dedicated to the International Day of Neutrality in December and other events are a vivid evidence of the growing authority of Turkmenistan and its leader in the world, as well as the effectiveness and success of the policy of permanent neutrality of Turkmenistan.

Ladies and gentlemen!
At the end of my speech, let me once again express to you my sincere gratitude for your participation. Happy New Year to everyone! I wish you good health, long, happy and successful life in the New Year!
May Kazakh-Turkmen friendship and brotherhood be eternal! 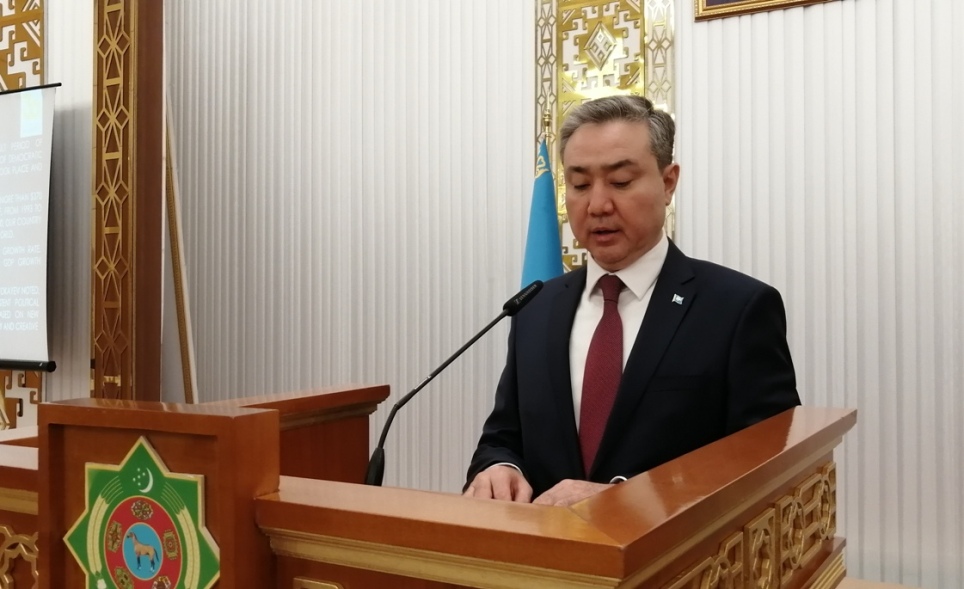 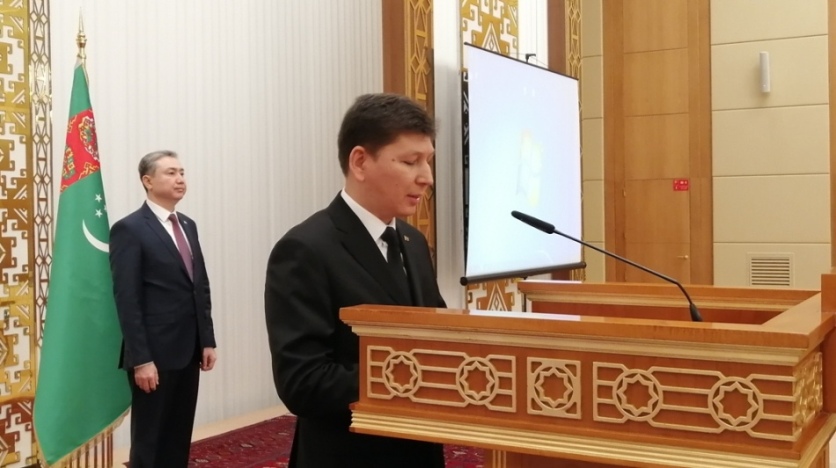 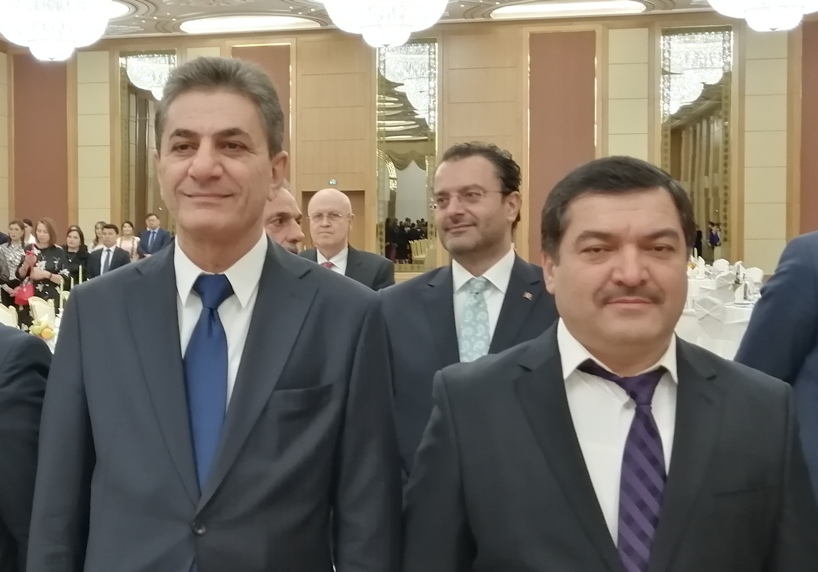 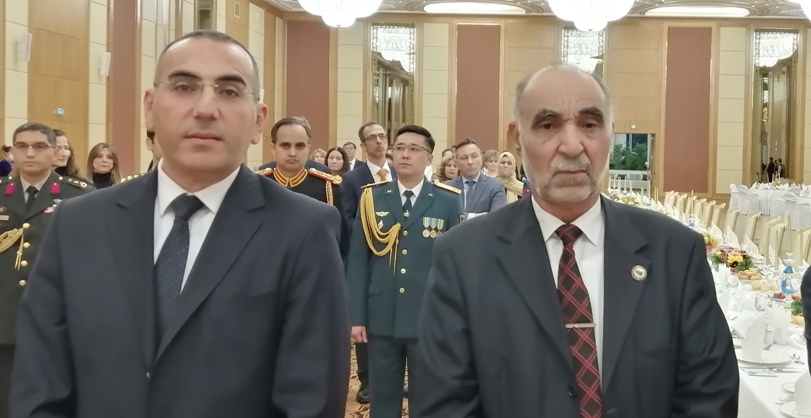 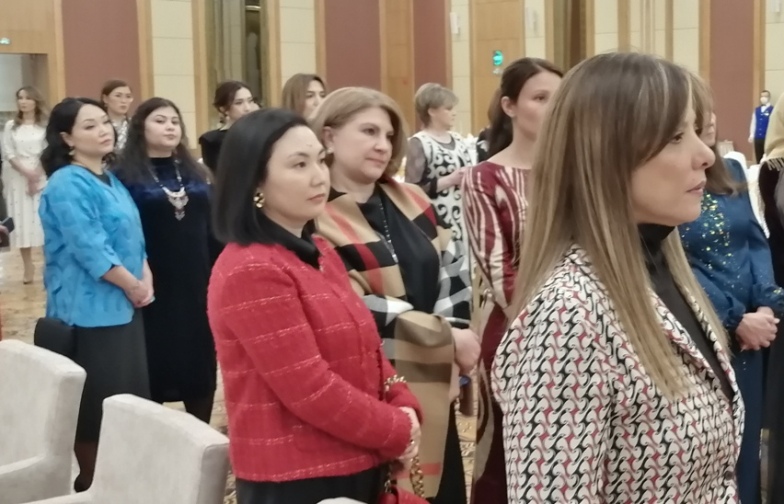 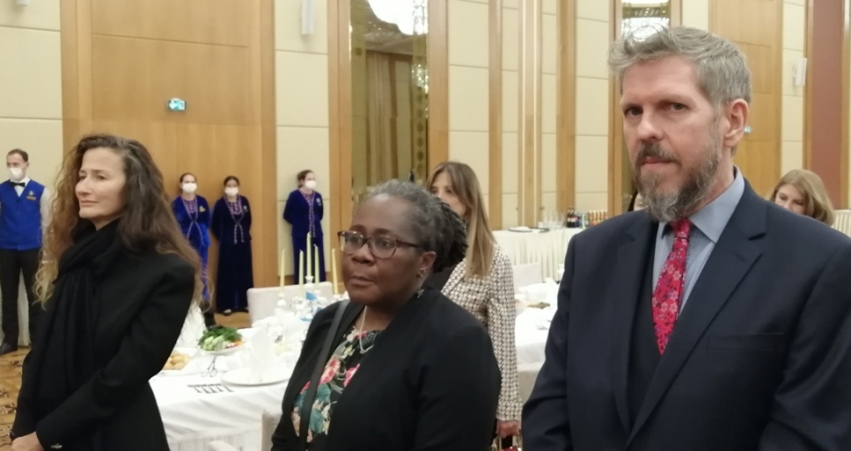 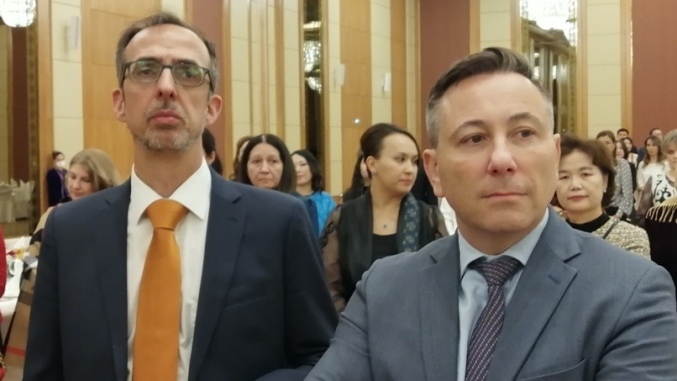 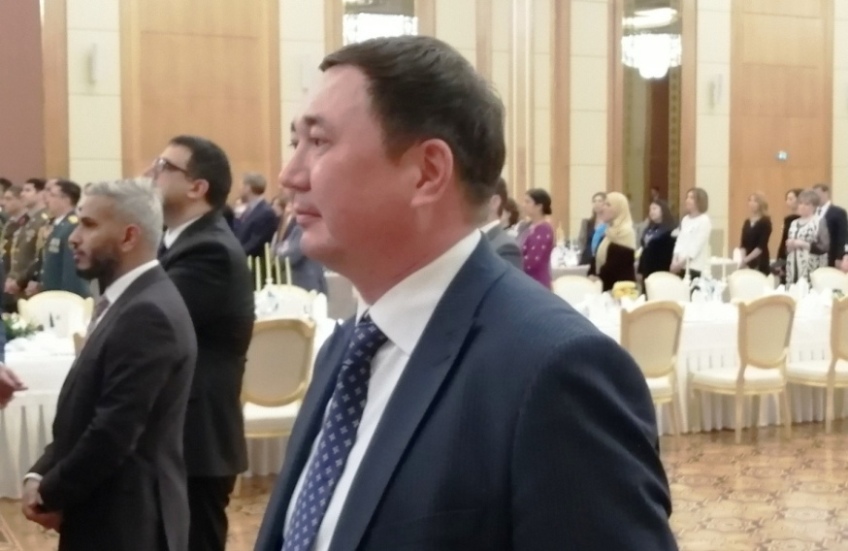 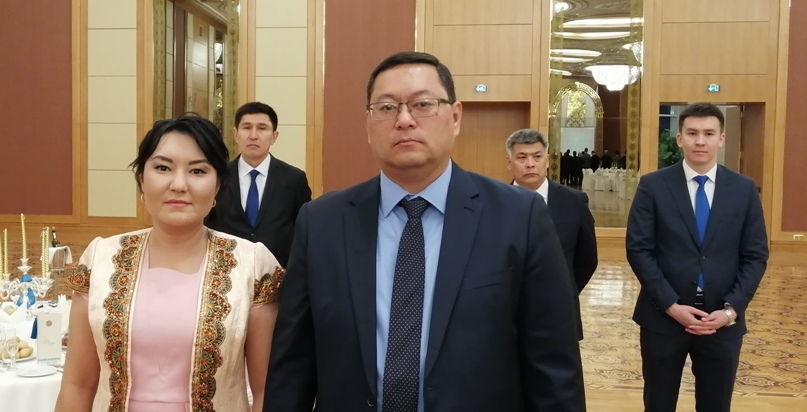 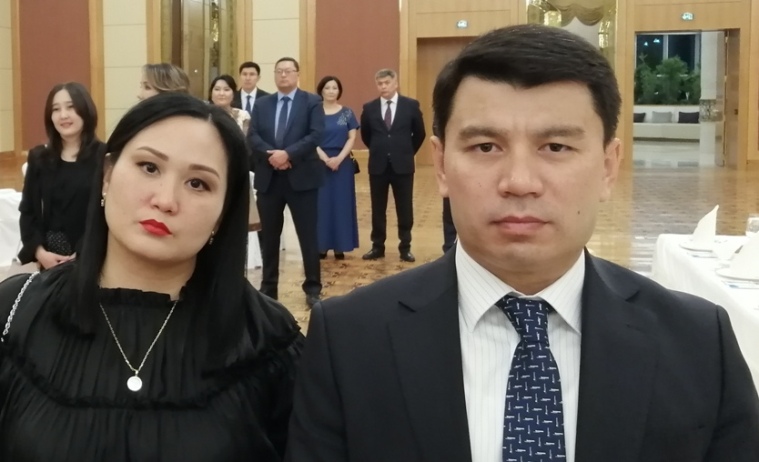 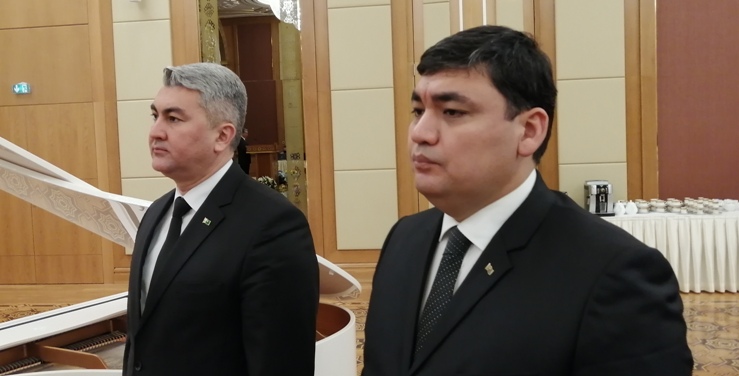 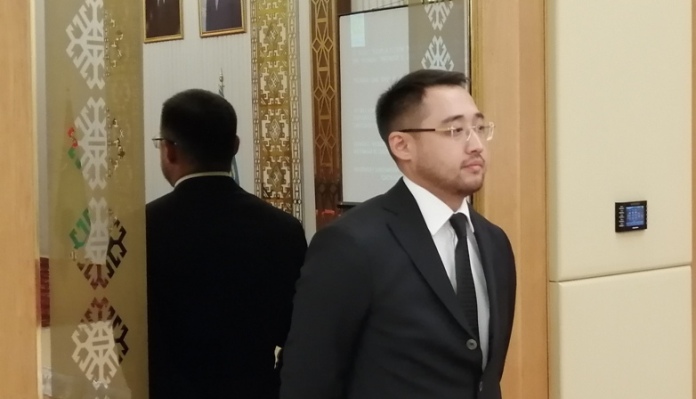