You are here: Home / Articles And Reports / In Ashgabat the Embassy of Japan in Turkmenistan held “Ikebana workshop” and “Sado and Kimono demonstration”

This time in 22nd February (Sat.) at the Institute of Azadi, “Ikebana workshop” was held and at University of Oguzhan “Sado and Kimono demonstration” was organized as well.

The following day, in 23 February (Sun.) “Kimono and Ikebana demonstration” was held in Berkarar shopping center, and many students of Japanese and local people came into with Japanese cultures. 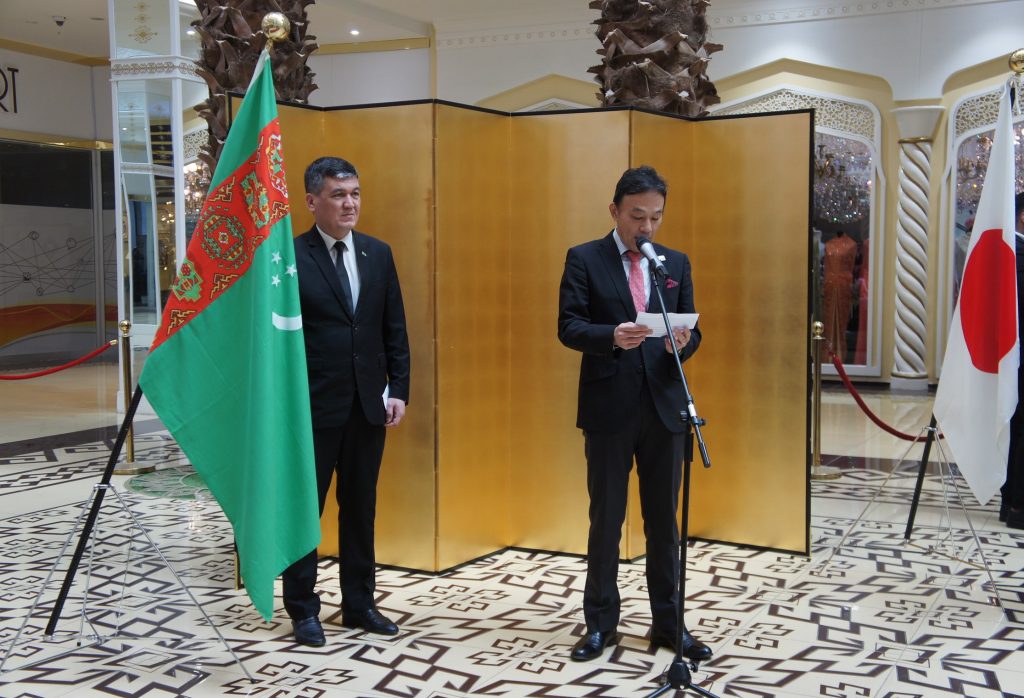 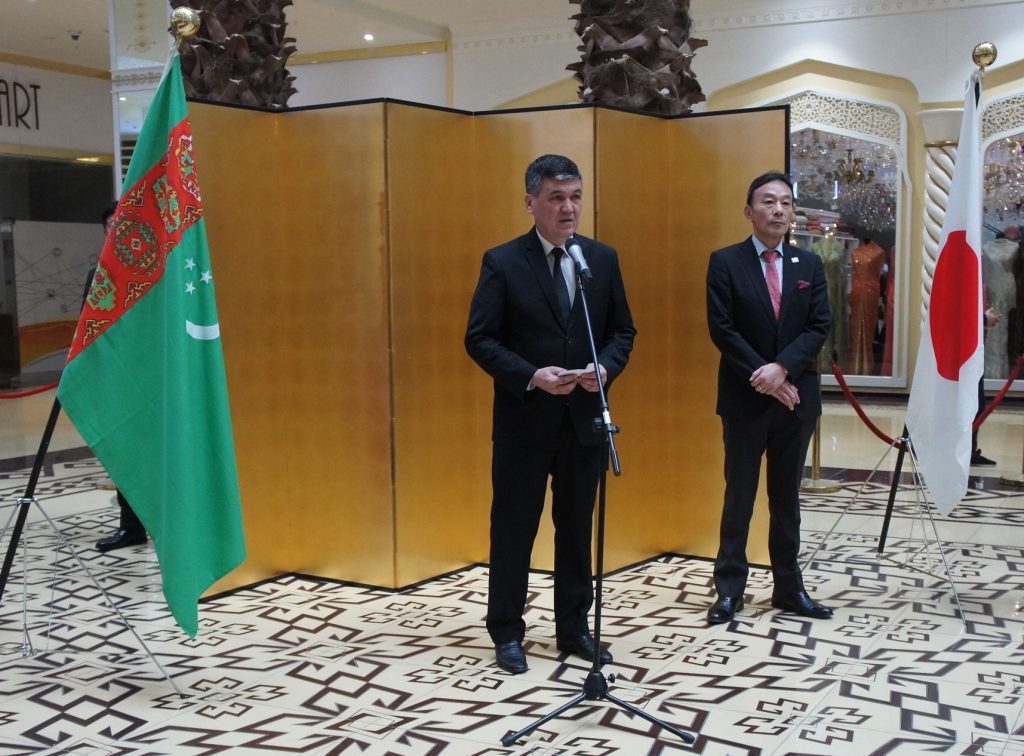 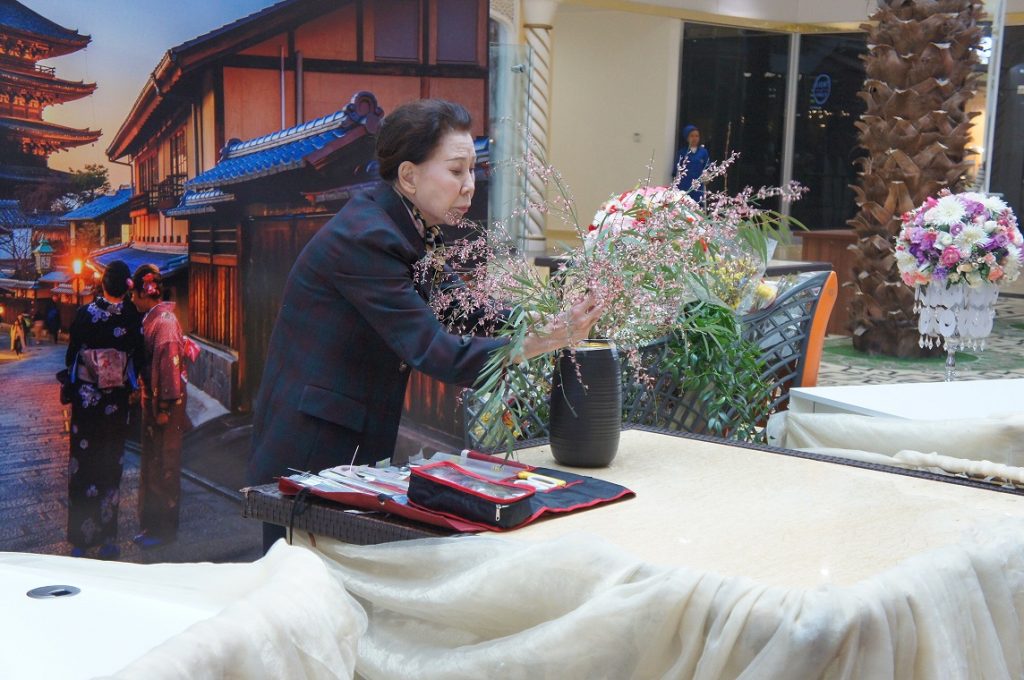 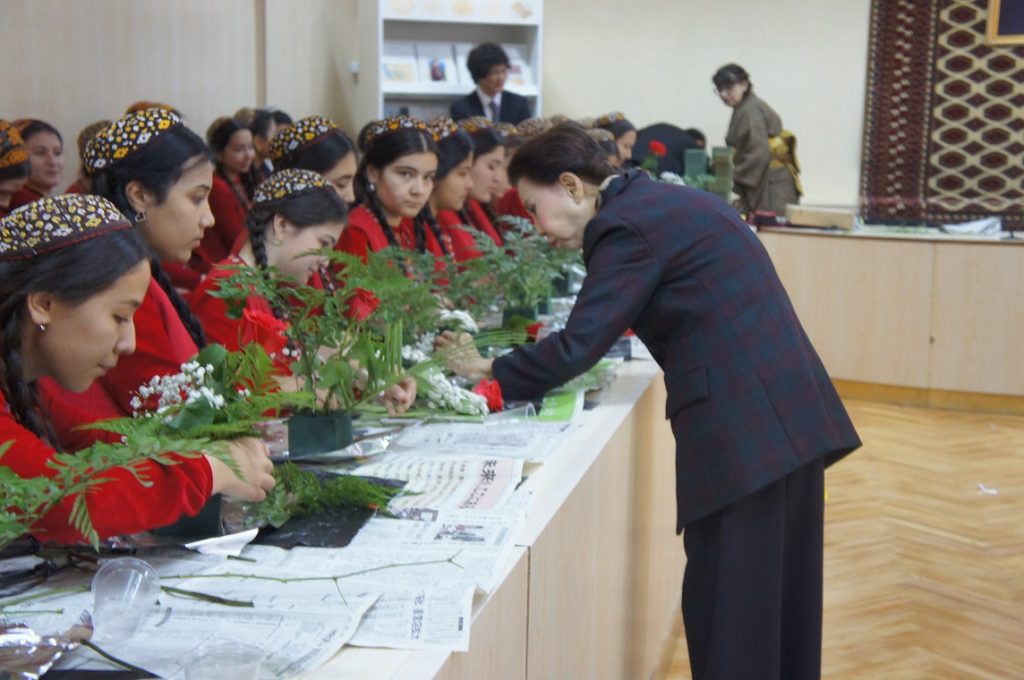 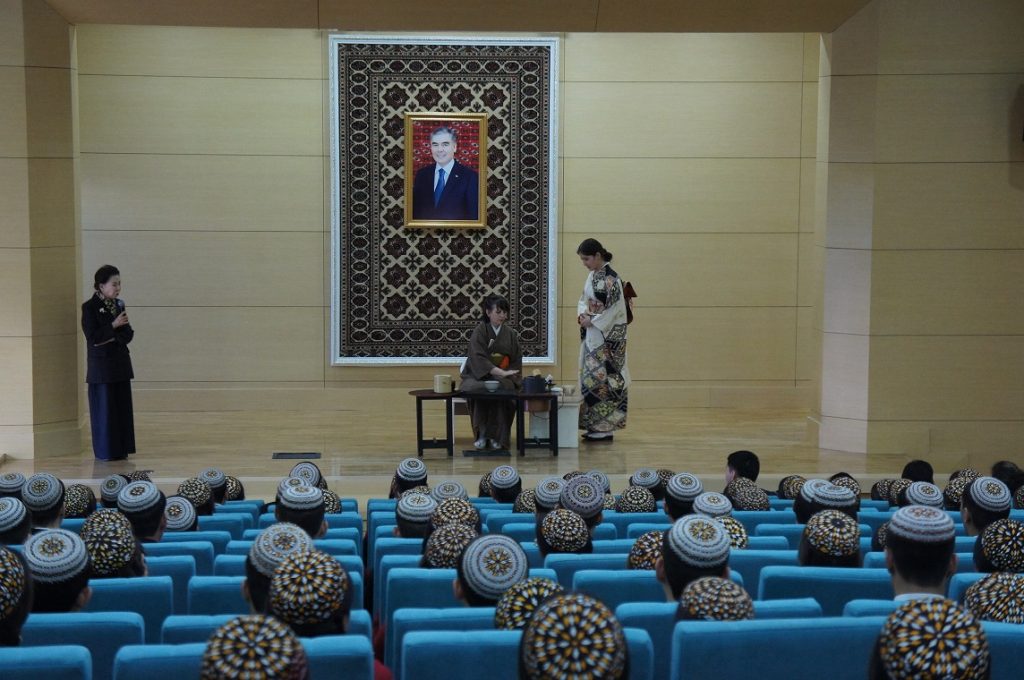 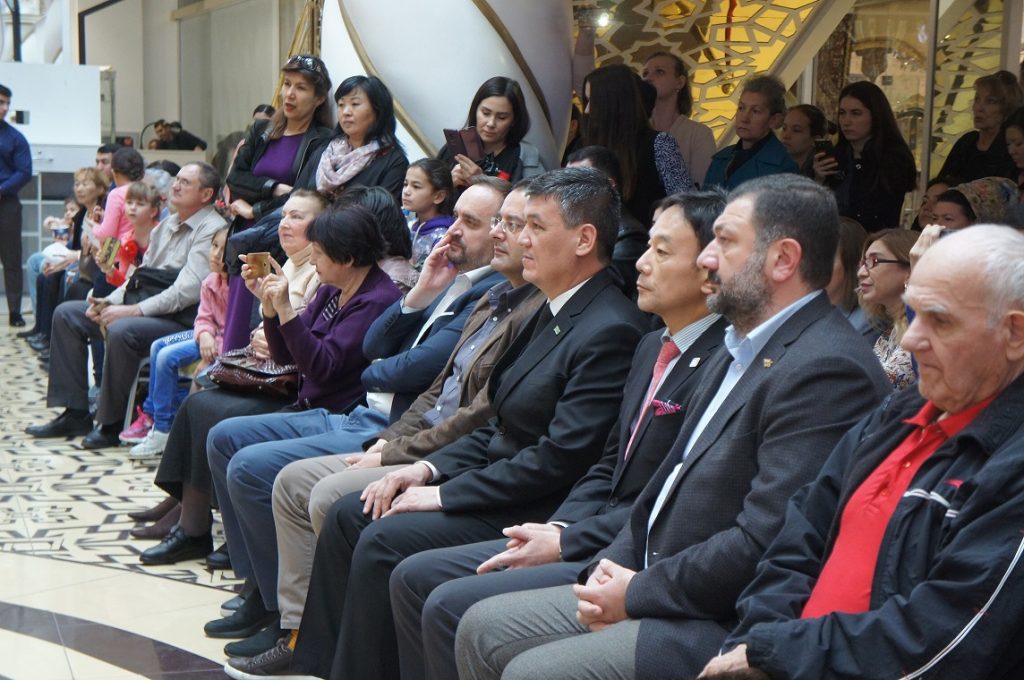 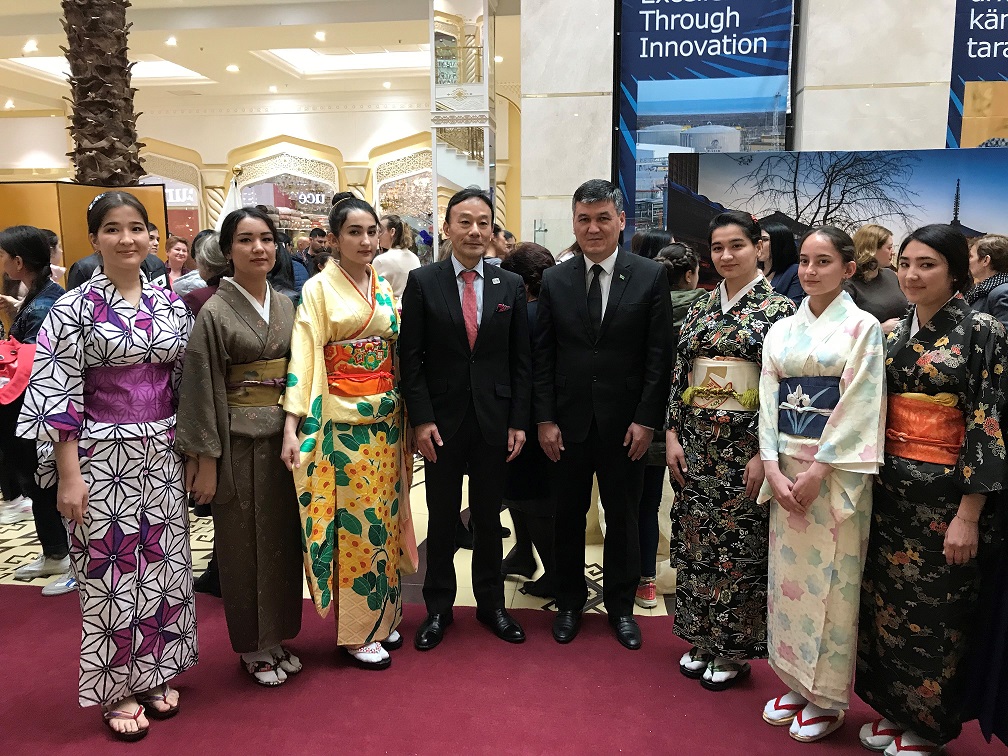