On 8 July 2022, the State Museum of Fine Arts in Ashgabat hosted the opening ceremony of the exhibition “I love Sushi”, co-organized by the Embassy of Japan in Turkmenistan, the Japan Foundation with the assistance of the Ministry of Culture of Turkmenistan.

The exhibition will be held in various countries of the world for ten years and Turkmenistan became the first country to host this event.

The ceremony began with remarks by Ambassador of Japan to Turkmenistan Yamamoto Hiroyuki. He stressed: “Japanese cuisine is one of the traditional Japanese cultures that is loved all over the world, and in 2013 it was included in the UNESCO Intangible Cultural Heritage List. Sushi is a typical dish of Japanese cuisine, which over the past half century has spread rapidly and become popular in countries around the world. In Turkmenistan, the number of restaurants and cafes serving sushi has increased over the past few years, and I am sure that you had the opportunity to try them.”

The minister of culture of Turkmenistan Atageldi Shamuradov also welcomed the guests.

The exhibition area accommodates the tables with decorative sushi, as well as stands depicting the history of sushi. Totally, over 150 kinds of sushi have been featured there.

During the first day of the exhibition, a master class on making sushi was held.

Today, almost everyone thinks of sushi as Japan’s representative cuisine, but its origins were actually elsewhere. Some scholars point to origins in the plains of Southeast Asia or Southern China, but the details are unknown. We do know that sushi is mentioned in the oldest document produced in Japan, which was written in the 8th century, and we can be sure that sushi came across the sea from China, reaching Japan well over a millennium ago.

Sushi in the Edo Period

In today’s Japan, Sushi is undeniably an everyday food. It achieved that status partly through take-out sushi being on sale at supermarkets and other shops, but also to a large extent because of the popularity of kaiten sushi (conveyor belt sushi) restaurants. Both concentrate mainly on nigiri-zushi. They keep prices low, but they are fully committed to raising the quality of the sushi.

The first kaiten sushi restaurant was launched in Osaka in the 1950s.

It has become a good tradition for the Japanese Embassy in Turkmenistan to hold events that raise awareness and promote knowledge about the culture and art of the Land of the Rising Sun. According to the Ambassador of Japan, a television multi-series “Gochisosan” (term used to thank a host) will be shown in Turkmenistan in the summer. There are also plans to hold in the fall “Matsuri-30“, a large-scale event introducing the Japanese culture. 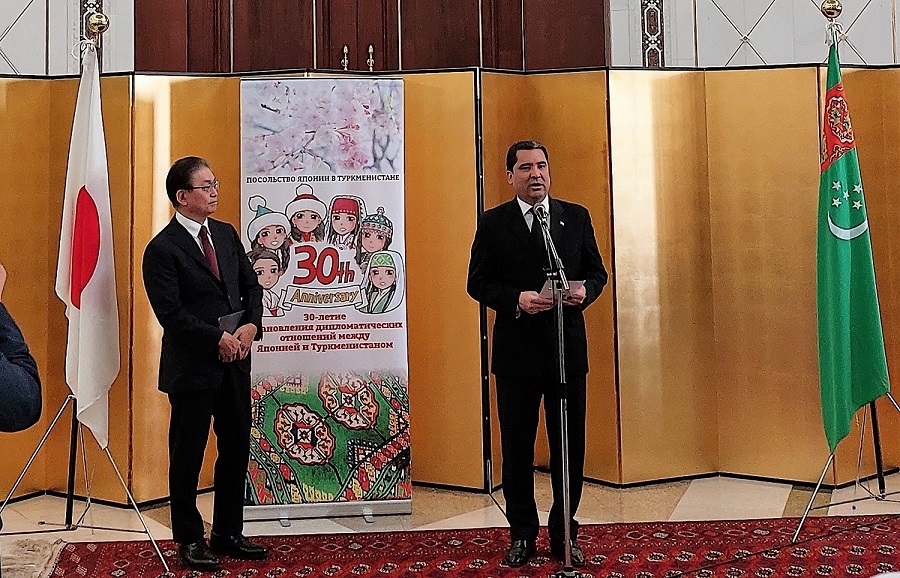 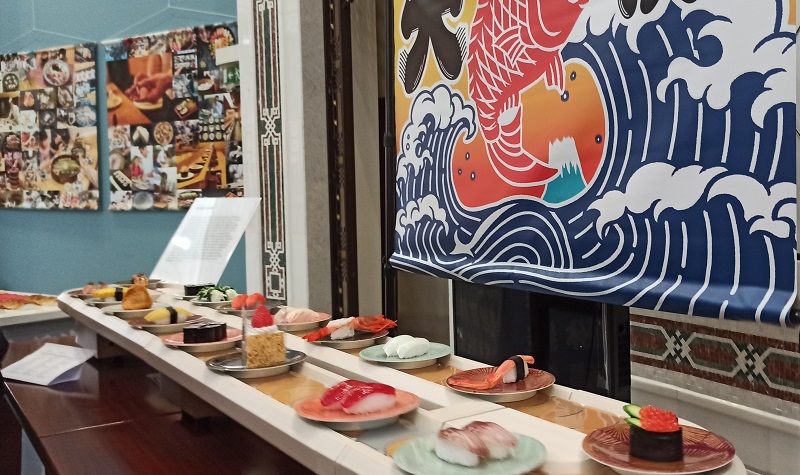 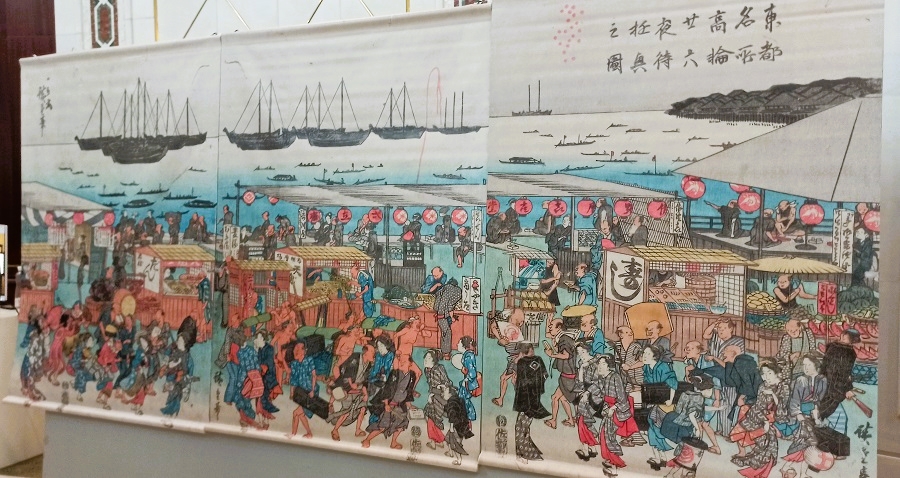 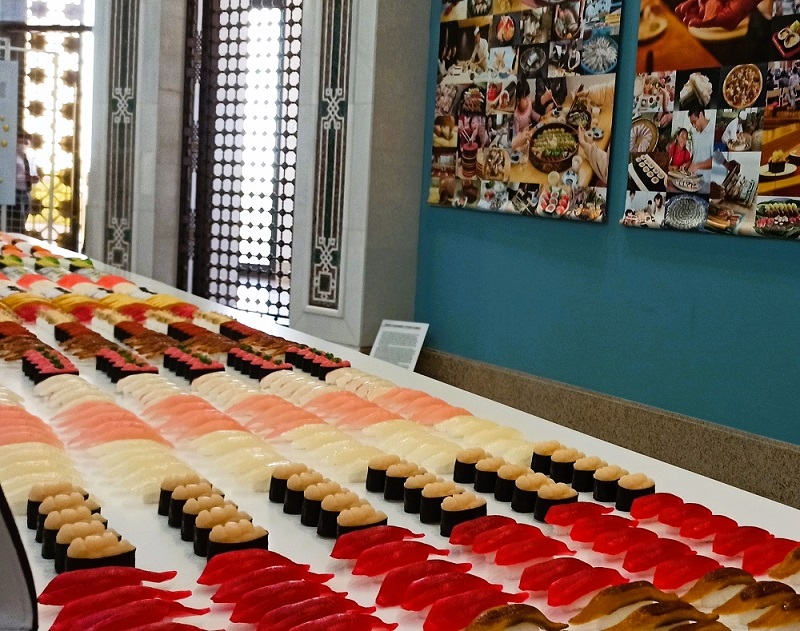 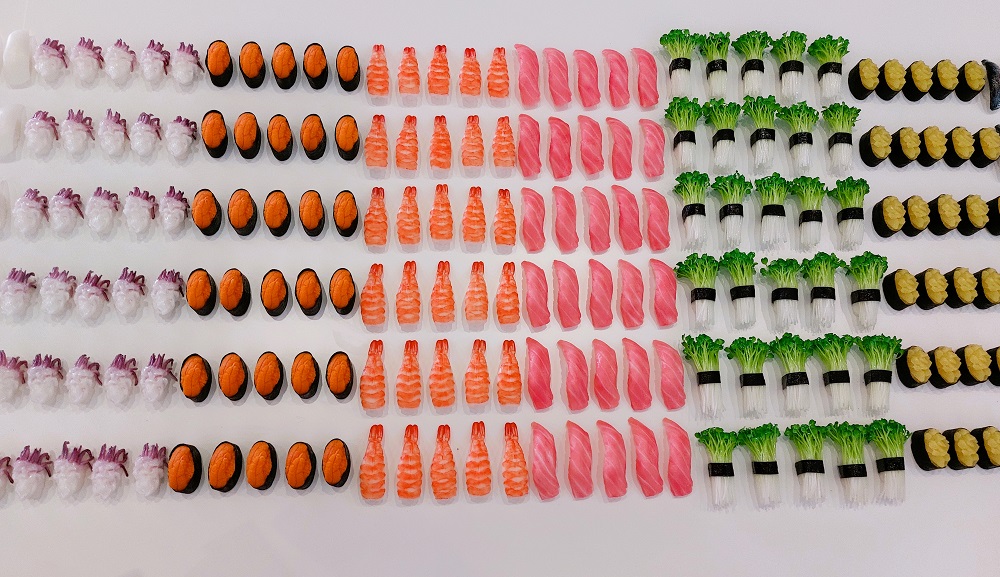 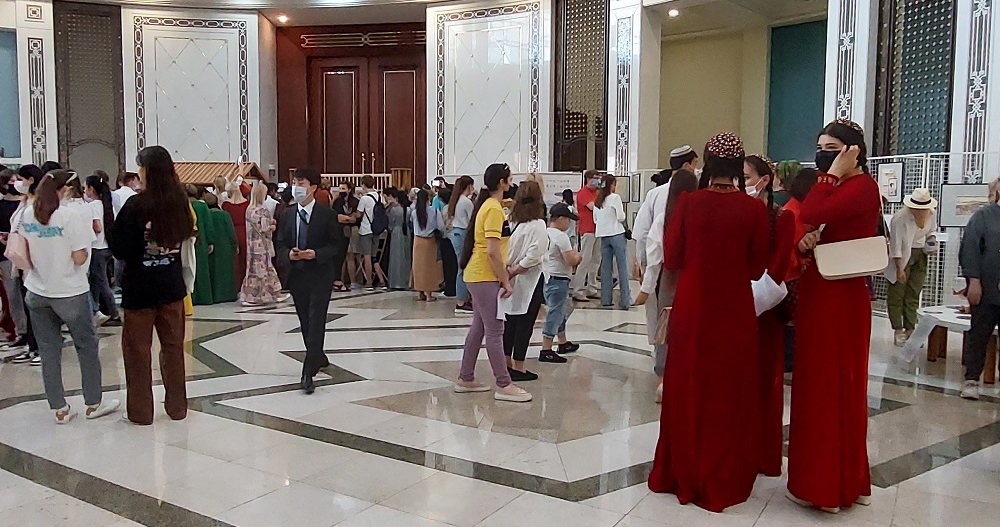 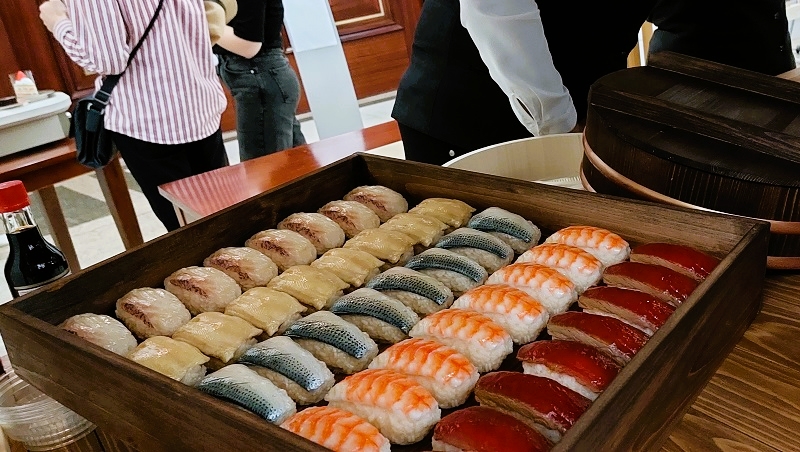