You are here: Home / Articles And Reports / Embassy of Japan hosts reception to mark the Birthday of Emperor Naruhito The embassy of Japan in Turkmenistan hosted on 21 February 2020 (Friday) a reception to mark the official birthday of Emperor Naruhito.

Here is the speech of Ambassador KATSUMATA Takahiko on the occasion:

Good evening and welcome to the reception for celebrating the birthday of His Majesty the Emperor of Japan. Today’s reception has a special meaning, because this is the very first national day reception of Japan after the enthronement of new Emperor on 1st of May last year.

It is our great honor to share this significant occasion with you.

At the very beginning of my speech, I would like to express Japan’s sincere gratitude to His Excellency Mr.Gurbanguly BERDIMUHAMEDOV, the President of Turkmenistan for his warm message to celebrate His Majesty’s 60th birthday and his kind attendance to the Ceremony of the Enthronement of His Majesty held on October 22 of last year in Tokyo.

I also would like to express our thankfulness to all countries, regions and international organizations for their respective attendance to this ceremony.

Having received around 200 world top leaders all at once in Tokyo was the most challenging operation for the Government of Japan. However, it gifted a magnificent opportunity for Japan to promote friendship and mutual understanding with every participating country through this historical event.

The esteemed President of Turkmenistan politely mentioned his view of the imperial ceremony, saying that the deep commitment of the people of Japan to their centuries-old traditions, moral and ethical principles, openness of the country to wide international cooperation and mutual understanding were well demonstrated at the majestic ceremony.

I also would like to refer to the address by His Majesty Emperor of Japan at the Ceremony of Enthronement:

I pledge hereby that I shall act according to the Constitution and fulfill my responsibility as the symbol of the State and of the unity of the people of Japan, while always wishing for the happiness of the people and the peace of the world, turning my thoughts to the people and standing by them.

I sincerely hope that our country, through our people’s wisdom and unceasing efforts, achieves further development and contributes to the friendship and peace of the international community and the welfare and prosperity of humankind. <UNQUOTE>

You may notice His Majesty’s “people-and-peace-oriented” thoughts from these words. The successive Emperors of Japan have been firmly inheriting the fundamental values of the importance of people and peace of world since the end of Second World War.

Japan has entered into new Era of “REIWA” with the imperial succession.

From the view of foreign relations, I would like to underline Japan’s increasing diplomatic efforts for the solution of on-going international agenda under the policy of “Proactive Contribution to Peace” in cooperation with the countries concerned.

Following the mutual visits of President Berdimuhamedov and Prime Minister Abe in recent years, Japan-Turkmenistan relation has been enhancing steadily and our fields of cooperation are expanding beyond economy and politics to such as education, science and culture, disaster management and grass-root.  Accordingly, people-to-people contacts between our countries are increasing and diversifying.

I also would like to mention the importance and potential of our cooperation with Turkmenistan in terms of regional stability and development.

As a good practice, collaboration of rich Turkmen natural gas resources and Japan’s advanced technology could have been introducing quality and environmentally friendly infrastructure for industries. Products of these facilities, such as polymer, fertilizer materials, quality gasoline and electricity may cover not only domestic needs, but also the demand of neighboring countries.

We are trying to design our cooperation and joint projects, in consideration of cross-border impact, which might be useful for the promotion of connectivity among the regional countries.  In this sense, we believe in the further potential of our cooperation in various fields such as water management, logistics and transportation, service sectors.

In this year of 2020, Japan will host Tokyo Olympic and Paralympic Games in summer and Turkmenistan will mark the 25th Anniversary of permanent Neutrality in December. I believe friendship and mutual understanding, respect and trust among people and nations would promote through these outstanding events.

On this occasion, I would like to express my heart-felt wish for further success and happiness of Turkmenistan and its people as well as the promotion of peace and stability of the world this year. I also wish the earliest termination of the new Corona Virus.

Lastly, let me introduce Ms.Yamada Midori, a master of Japanese traditional culture. This evening she is going to perform Japanese Tea Ceremony and Kimono fashion show with the assistance of local university students. Her Ikebana flower works are also in display at the foyer and the head table.

Furthermore, we prepared a variety of Sushi as an example of Japanese traditional food culture “WASHOKU”, which has been registered as a World Intangible Cultural Heritage in 2013. I wish you would enjoy them and feel familiar to Japanese Culture. 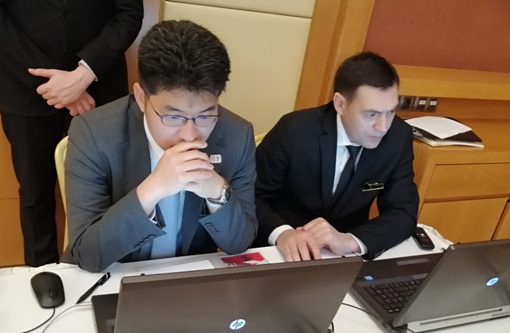 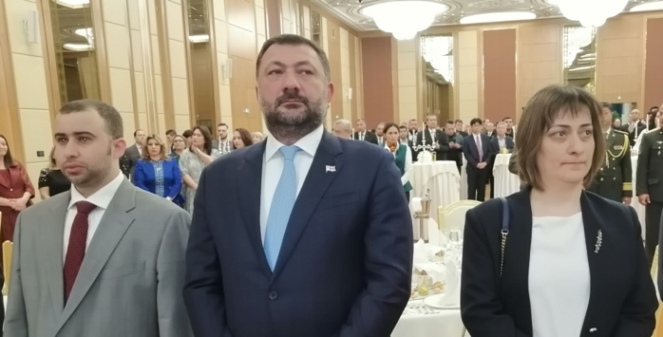 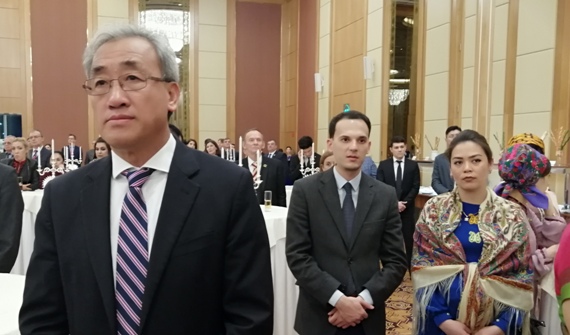 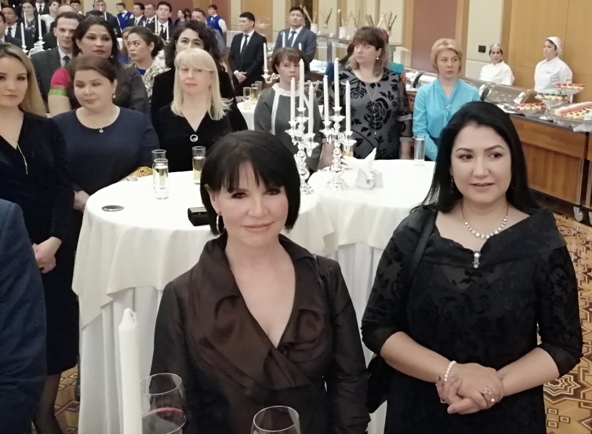 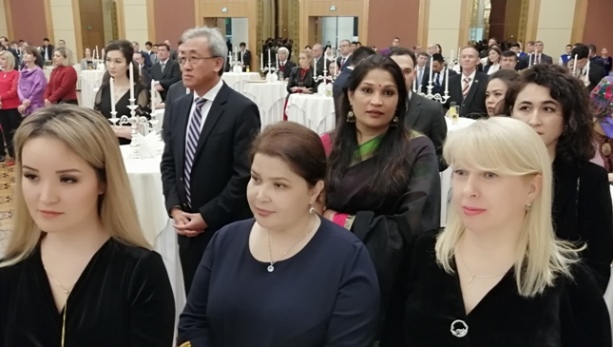 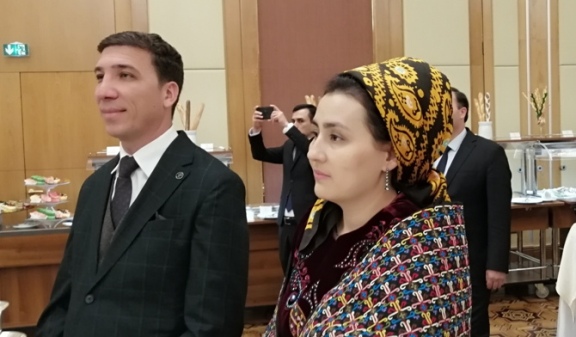 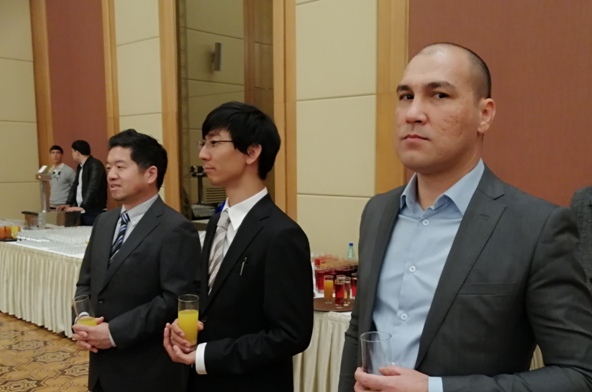 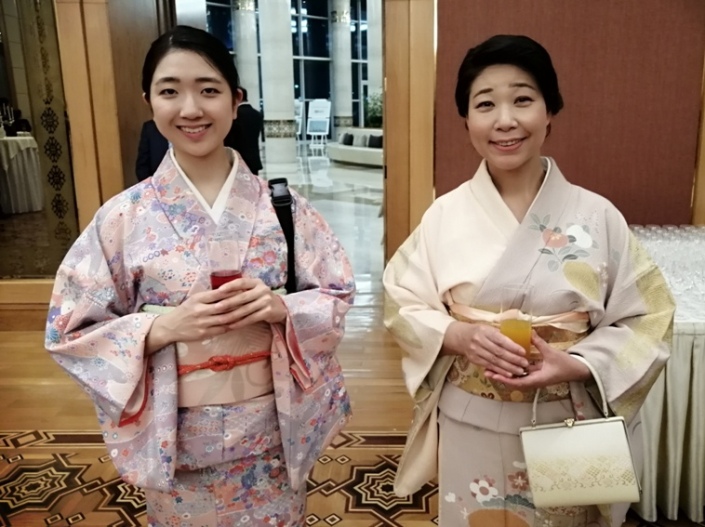