You are here: Home / Articles And Reports / The results of the creative contest “Turkmenistan – Homeland of Prosperity!”

On Tuesday, 12 November 2019, at the banquet hall, “the MSM” Ashgabat was held a ceremony to honour the winners of the art contest “Turkmenistan – the prosperity of the Motherland!.”

It was organized by the Turkmengaz and Turkmenneft State Concerns, the editorial board of the Nebit-gaz newspaper, and Dragon Oil (Turkmenistan) Ltd. to promote the media coverage of the country’s oil and gas industry. 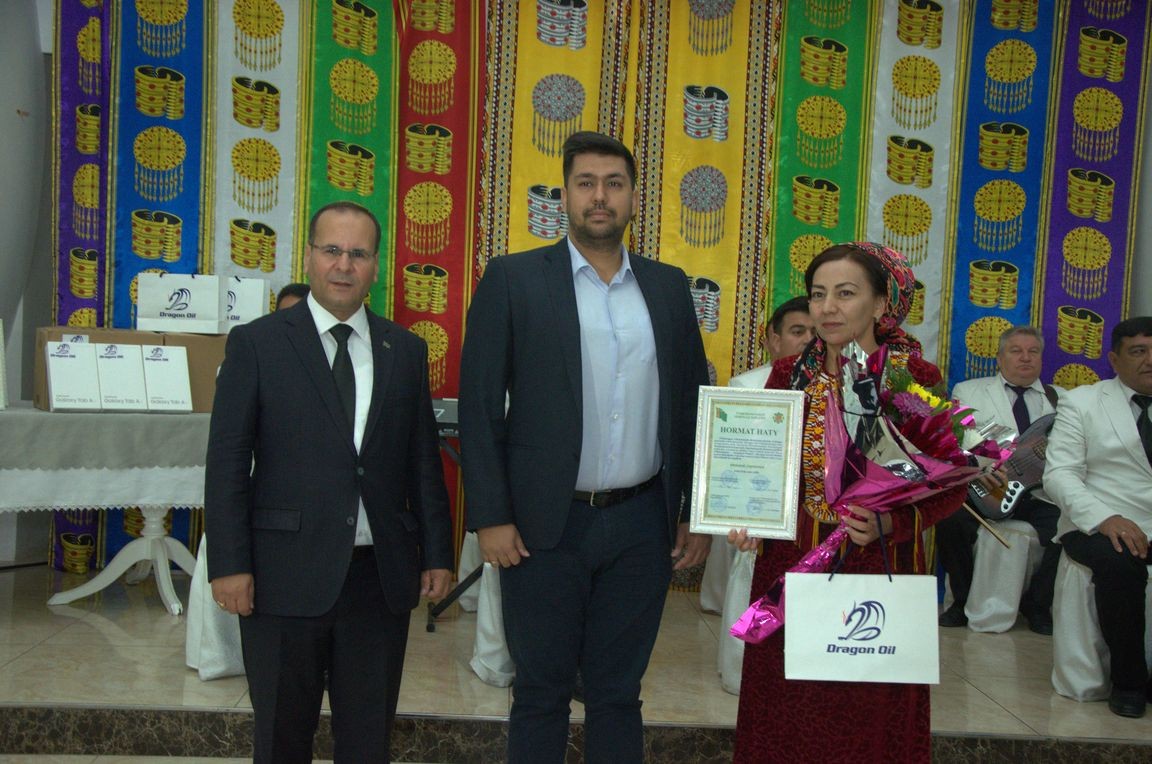 Not only popular science articles were accepted for the prizes, but also photo illustrations, drawings, and poems.

According to the organizers, the competition received more than 200 works from people of various professions. The jury selected nine of the best, whose authors were solemnly awarded with diplomas and valuable gifts.

In honor of the award ceremony, a specially organized music program was played. /// Nebit-Gaz, 12 November 2019