The International Week of Neutrality concludes in Turkmenistan today (12 December 2022). It was packed with back-to-back events, all connected with each other in so many different ways.

Their outcomes cannot be measured by looking at each of them separately. The best way to understand and interpret them is to follow a holistic approach, the approach that underpins all the policies and actions of Turkmenistan.

There were five key events during the International Week of Neutrality:

Of these, we have published a report on the Central Asia Women’s Dialogue because even though it has wide areas of overlap with the events related to Neutrality of Turkmenistan, it also highlights the continuing work for gender equality in the region.

The 15th anniversary of the establishment of UNRCCA in Turkmenistan is separate but also deeply related event. It is also the story of who heads the UNRCCA. While we are publishing separately the press release issued by the UNRCCA, we would prefer to blend it with this insight column.

For the 5th Central Asia Experts Group Forum, while we covered it, we are including for more details the piece written by Bekdurdy Amansariyev for his publication Orient.tm.

For the meeting of the group of Friends of Neutrality and the flagship event, the international conference ‘Dialogue is guarantee of peace,’ we are not going to issue separate reports but will synthesize the outcomes in this column. 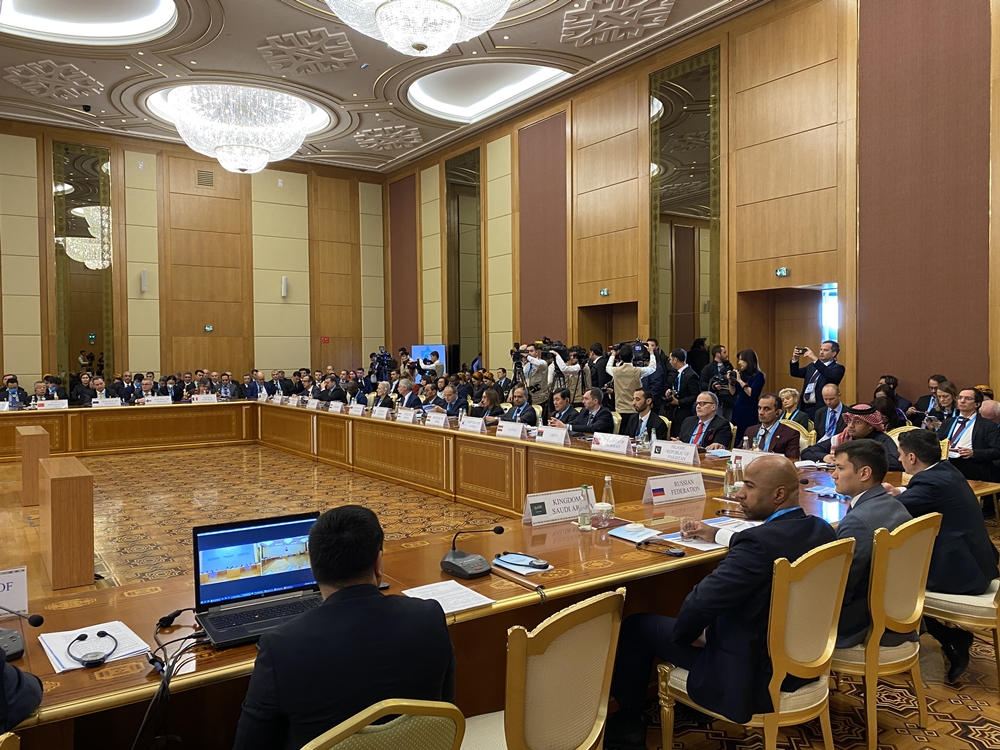 The forum of the Central Asia experts and the international conference Dialogue is guarantee of peace are connected directly. The backgrounder here is the meeting of the group of Friends of Neutrality.

At the Central Asia experts forum there were three thematic sessions, covering a wide range of things:

The heads and representatives of the institutes of strategic studies of the region discussed these issues in an open and uninhibited manner.

The conference ‘Dialogue is guarantee of peace’ had three thematic sessions:

It can be seen that the experts’ forum and the conference were built on the same set of themes, creating the link between the think tanks and the policy-makers. The focus from both sides was on the same issues. The backbone for this connection is the entire institution of dialogue. 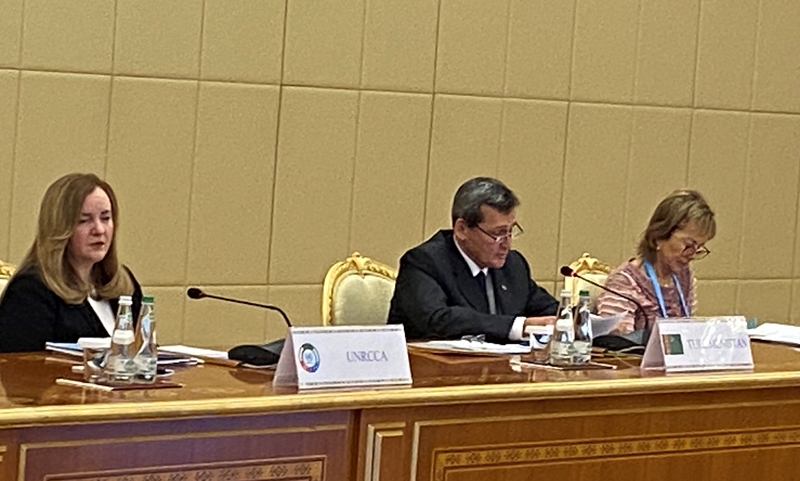 The backgrounder cauldron of ideas was the meeting of the group of Friends of Neutrality. By understanding its dynamics, we will be able to appreciate the real outcomes of the whole week of neutrality.

The friends of neutrality met at the level of deputy minister of foreign affairs of Central Asia with large number of representatives of the countries that had arrived for participation in the events in Ashgabat.

Without going into the details of the statements of each speaker, we would like to say that the institutionalization of the phenomenon of neutrality is now taking place at a faster pace. This is the central outcome of the week of neutrality.

The essence of the statements at the group of friends of neutrality meeting and the international conference on dialogue is nearly the same — the dialogue, in all of its forms, is unavoidable in every situation that demands choices and decisions.

This is the theme of the next year – dialogue as a guarantee of peace. —– This was also the declared theme of the international conference and undeclared but obvious propeller of all the other events linked to the week of neutrality.

The institutionalization of the phenomenon of neutrality that picked speed during this past week, has its own distinguishing features.

For example, the UNRCCA, with its sharp focus on everything taking place in the region and scrambling to bring everyone to the negotiation table i.e. dialogue, before the outbreak of a conflict is a mark of how the institutionalized neutrality works.

The meeting of the group of experts was another feature that will continue to shape the institution of neutrality. 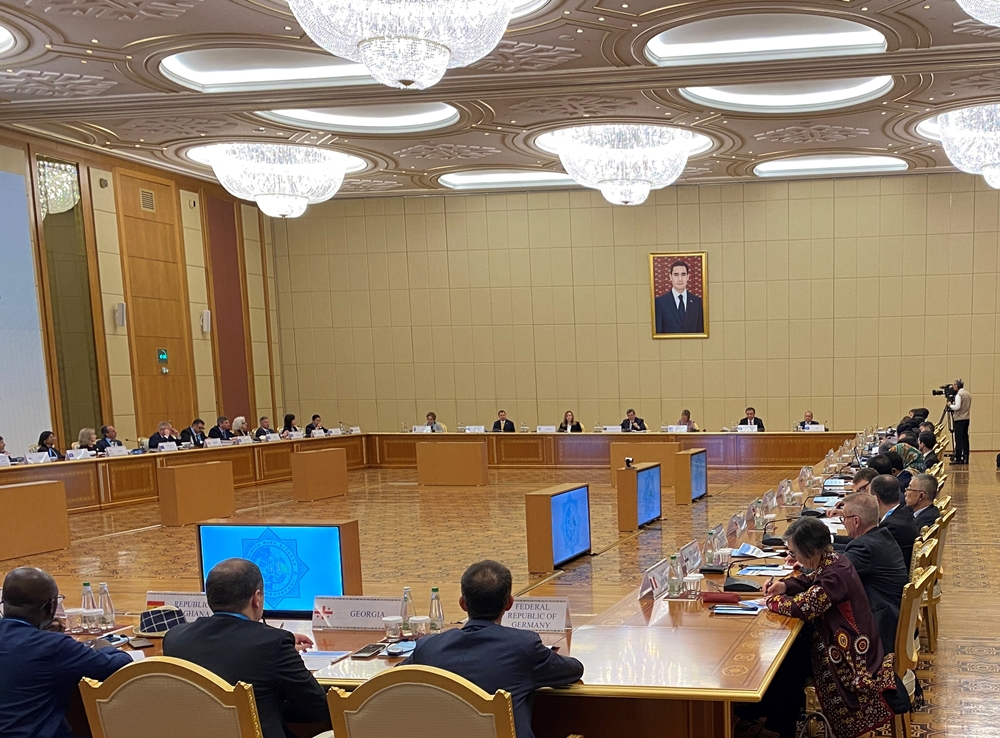 The international conference on the importance of dialogue was where the deputy prime minister of Turkmenistan, foreign minister Rashid Meredov, underlined that neutrality of Turkmenistan was active in nature, thereby declaring that as an institution the neutrality does not belong exclusively to Turkmenistan but provides a wide enough umbrella for everyone to share.

The meeting of the group of friends of neutrality heard the early ideas of how the neutrality can be brought to the world stage as a viable option.

Several countries have already joined the group of friends of neutrality and more are ready, particularly the 70 or so countries that traditionally co-sponsor the UN resolutions of Turkmenistan of a universal nature.

There was also the talk to create the space for the countries that may not want to join the group for whatever reason but have vast experience in the areas of peace and neutrality.

The urgency here is that the geopolitical uncertainty will continue to mount next year and the world needs a third option: instead of taking any side, there should be a secure space to stay neutral.

This is how the institutionalization of neutrality may take its own shape, growing into something larger and universal.

While this institutionalization of neutrality picks pace, it is evident that this living organism will not grow into something separate – it will be a natural phase in the evolvement of the United Nations to stay relevant and effective. 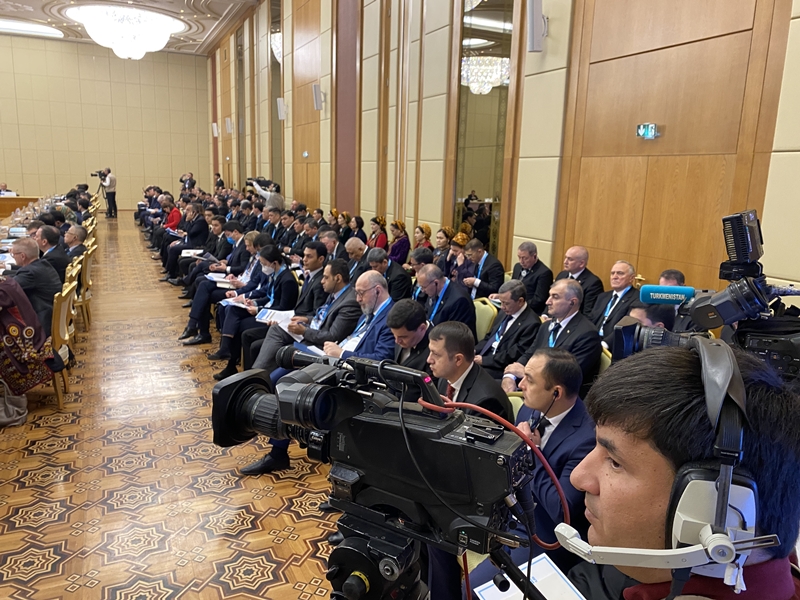 There should be no doubt that the central platform for dialogue (and therefore, peace and progress) should remain the United Nations and its specialized organs. By institutionalizing neutrality we are not looking to create an alternate universe. We are just strengthening what is enshrined in the spirit and purpose of the United Nations.

At the meetings of the experts group, the group of friends of neutrality, and the conference on dialogue, there was the demonstrable desire to look at the problems the world is facing today through the lens of neutrality.

The world, or at least a very large part of the world, is tired of being driven from one conflict to the other, from one crisis to the other. There is the economic, social, and cultural exhaustion.

The dialogue, on which we hope to stay focused for the entirety of the next year, can take any form. It can be informal and formal, it can be bilateral and multilateral, it can be internal and it can be external.

The dialogue, with or without the platform of neutrality, has no viable substitute.

The real insight, the real outcomes, the take-home basket from this string of events constituting the week of neutrality in Turkmenistan can be summed up as followed: 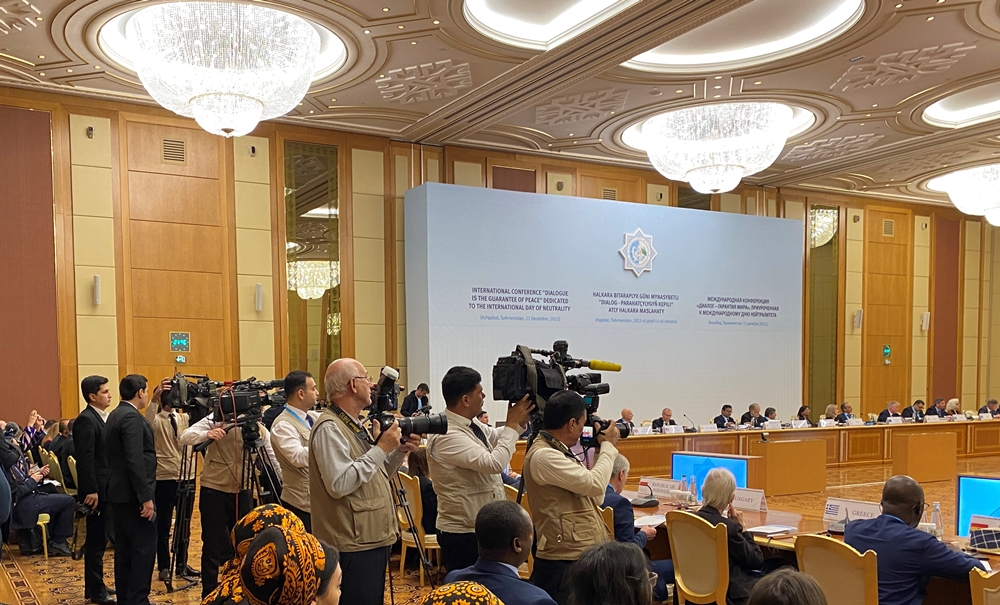 It has been a very fruitful week. The world and Turkmenistan have gained fresh insights into each other. The neutrality is fast taking an institutionalized form, enriching the capacity of the United Nations and giving it a new lease on staying relevant. It was also understood that most of the challenges facing the world today are common in nature and they require a common approach to deal with them.