On September 16, 2020, International media forum dedicated to the 25th anniversary of the permanent Neutrality of Turkmenistan and the election of our country as Vice-Chairman of the upcoming 75th session of the United Nations General Assembly was held in the building of the Chamber of Commerce and Industry of Turkmenistan. The session was held in the format of a video conference. 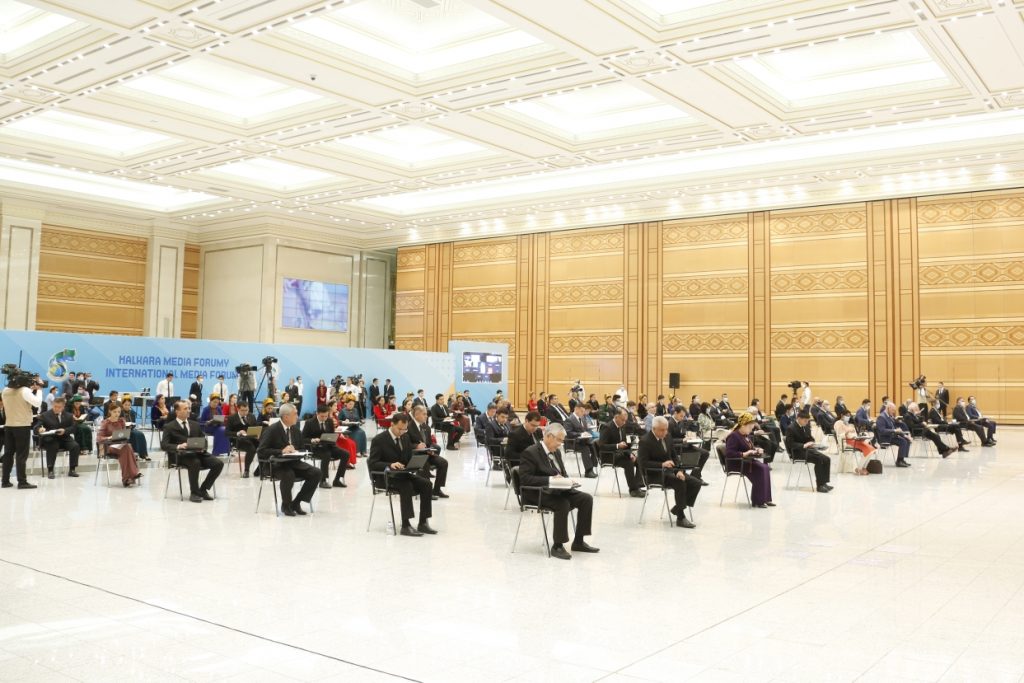 The International media forum was organized by the Turkmen side together with the Asia-Pacific Broadcasting Union (ABU).

The participants especially noted the importance of the next delegation to Turkmenistan of the Vice-Chairmanship of the session of the United Nations General Assembly, where our country has a positive experience. As you know, Turkmenistan took part in the 58th, 62nd, 64th, 68th and 71st sessions as Vice-Chairman. 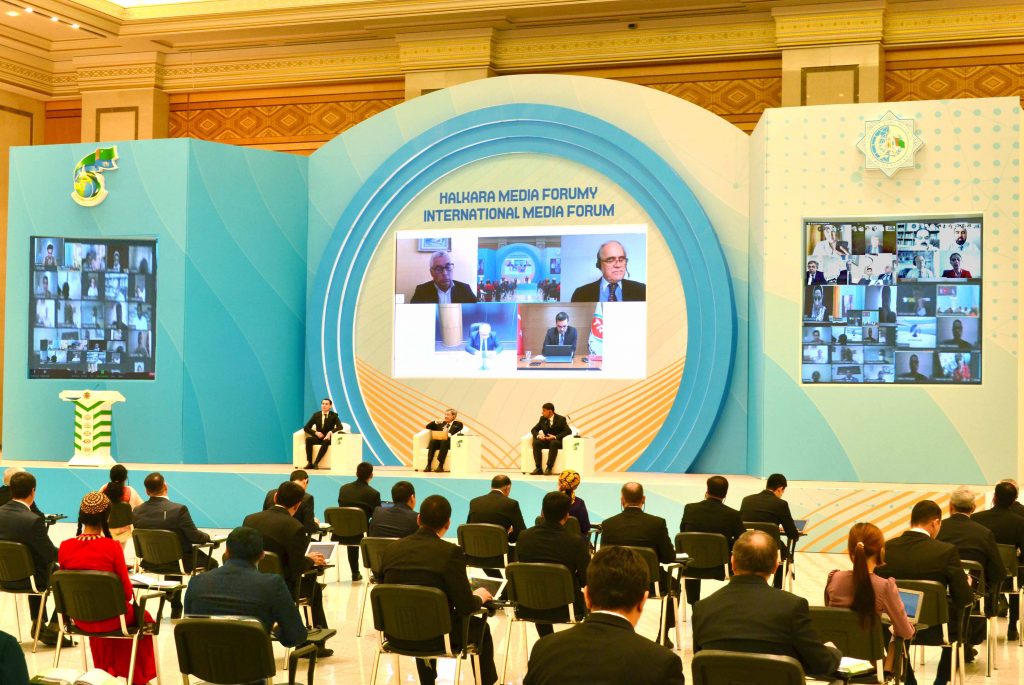 Delegates from Turkmenistan and foreign countries who spoke during the meeting highlighted the status of the country’s permanent Neutrality, which was recognized by the United Nations by relevant resolutions. In this context, the participants expressed the success and effectiveness of Turkmenistan’s foreign policy pursued under the wise leadership of President Gurbanguly Berdimuhamedov.

In particular, Ibrahim Eren, Acting President of the Asia-Pacific Broadcasting Union (ABU), Director General and Chairman of the Turkish Television and Radio Broadcasting Corporation “TRT”, stated during his speech that from the very beginning Turkmenistan has chosen this political course to promote global peace and stability, and to reinforce the importance of coexistence and sustainable development.

In his speech, Javad Mottaghi, Secretary General of the Asia-Pacific Broadcasting Union (ABU) noted that, being a new phenomenon in international legal practice, Turkmen neutrality became the basis for a new concept of cooperation and preservation of peace on earth. 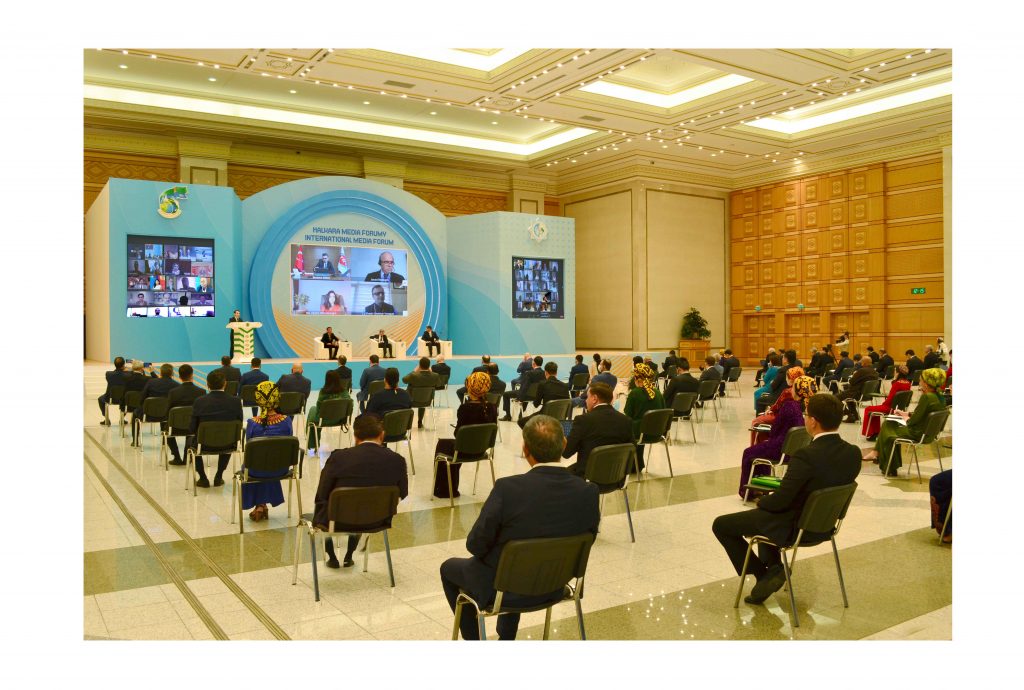 As part of his speech, Shashi Shekhar Vempati, Chief Executive Officer of the Indian Broadcasting Company Prasar Bharati, underlined that the Neutrality of Turkmenistan is of great importance in the international arena and the policy pursued by the President of Turkmenistan fully coincides with the course of strengthening good neighborliness in the region and around the world.

Nedra Weerasinghe, director of MTV Channel (Ptv) Limited (MBC / MTV) from Sri Lanka, also shared her vision of the peculiar aspects of the positive Neutrality policy and noted that Neutrality will help to consolidate the position of the fairway in International forums that play an important role in protecting values ​​and common interests of humanity.

Emmanuel Dupyi, President of the European Institute for Prospects and Security, paid attention to the important role of the neutral status of Turkmenistan in the region which can become a source of consolidation for the Central Asian countries and a platform for accelerated integration in the region.

During the speech of the Chairman of the National TV and Radio Company of Uzbekistan, A. Khadzhaev, it was noted that this Forum, without a doubt, was one of the important events, designed to reaffirm the aspirations of Turkmenistan to further strengthen stability and peace, socio-economic prosperity, as well as the development of diplomatic relations with the countries of the world and good neighborly relations in the region.

During their speeches, Neda Berger, Chairman of the Turkmen-Austrian Society, B. Amansaryev, Chairman of the State News Agency of Turkmenistan, A. Kakaev, Deputy Chairman of the State Committee of Turkmenistan on Television, Radio Broadcasting and Cinematography and K. Rejepov, editor-in-chief of the newspaper “Turkmenistan” also spoke about the uniqueness of Turkmenistan’s permanent neutrality, its role in promoting international humanitarian cooperation, and it was noted that peacefulness, equality, non-interference in the affairs of other states, non-participation in military blocs, the implementation of mutually beneficial cooperation are integral components of the policy of positive neutrality.