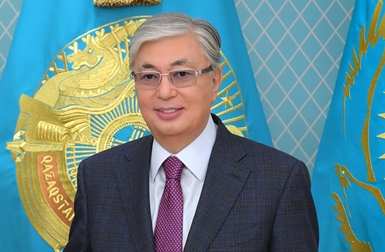 Kassym-Zhomart Tokayev won the extraordinary presidential elections in Kazakhstan by a wide margin, receiving more than 80% of the vote in the presence of several competitors and the “against all” column on the ballot.

The new president of Kazakhstan under the new Constitution can be elected only for one term of seven years – this time is allotted for the implementation of election promises and subsequent programs and reforms. Nevertheless, it is difficult to call Tokayev ‘new’, because he has been in this position over the past years and has established himself as a far-sighted leader capable of making important decisions.

The number of votes cast in his favor testifies to the high level of public confidence in the past-current head of state and his policies. It is not surprising, because it was with Tokayev’s coming to power that colossal democratic changes began in the country, many problematic issues in various fields were moved off the ground, and Kazakhstan began to attract more and more attention and stand out on the world stage as a Central Asian country with great potential.

By the way, during the inauguration this weekend, Kassym-Jomart Tokayev stressed that the country is at the very beginning of a thorny path to build a Just Kazakhstan, where the law reigns and order is observed, where due respect for the rights of citizens is shown. So, according to him, a lot of work remains to be done to transform society and turn Kazakhstan into a developed country with truly democratic institutions. This modernization will affect all spheres of life – from education to industrialization.

After the inauguration, the president signed several important decrees at once. First, attention will be paid to the development of rural areas, where about 40% of the citizens of the republic live. The corresponding concept will be developed by the Government of the country within five years.

Secondly, elections to the Senate of the Parliament of Kazakhstan are scheduled for January 14, 2023, and elections to the Majilis of the Parliament of the Republic of Kazakhstan will also be held next June, which will continue the practical implementation of the ongoing constitutional reform in the country. Thus, part of the deputies of the upper house will be updated on the basis of the principles of competition and openness.

The most long-awaited decree – on measures to return illegally withdrawn assets to the state – can be said to be designed to restore justice. Unfortunately, the world expert community has heard about quite frequent similar cases involving Kazakhstani businessmen and politicians. For example, the infamous Mukhtar Ablyazov has recently been on everyone’s lips, who uses the very money stolen from the population of Kazakhstan to undermine the political regime in his native country and engages in machinations in Europe.

– All returned funds should work for the benefit of citizens. They should be invested in the opening of high-tech industries, the construction of schools and hospitals, and the implementation of social projects, the leader of Kazakhstan believes.

The President’s speech touched upon the foreign policy of Kazakhstan as a separate and rather extensive topic.

– The focus of priority attention will be on issues of mutually beneficial cooperation and strategic partnership with neighboring states – China, Russia and the fraternal countries of Central Asia, with partners in integration associations. We will make every effort to develop multifaceted cooperation with the United States, the European Union, the states of Asia, the Middle East and the Caucasus, as well as with all interested countries. Kazakhstan remains committed to modern international law and the UN Charter, Kassym-Jomart Tokayev said.

It seems that Kazakhstan remains true to its political course and does not choose a side in this or that international issue. If the circumstances do not affect the territorial and other integrity of Kazakhstan itself, and no one encroaches on the sovereignty of the country, its position remains adamant – peace, balance, compromise. /// nCa, 8 December 2022