The chief foreign policy makers of Kazakhstan, Kyrgyzstan, Turkmenistan, Uzbekistan, Tajikistan and USA gathered in Nur-Sultan on 21 August 2019 for the next round of the high-level meeting in format “C5+1”. 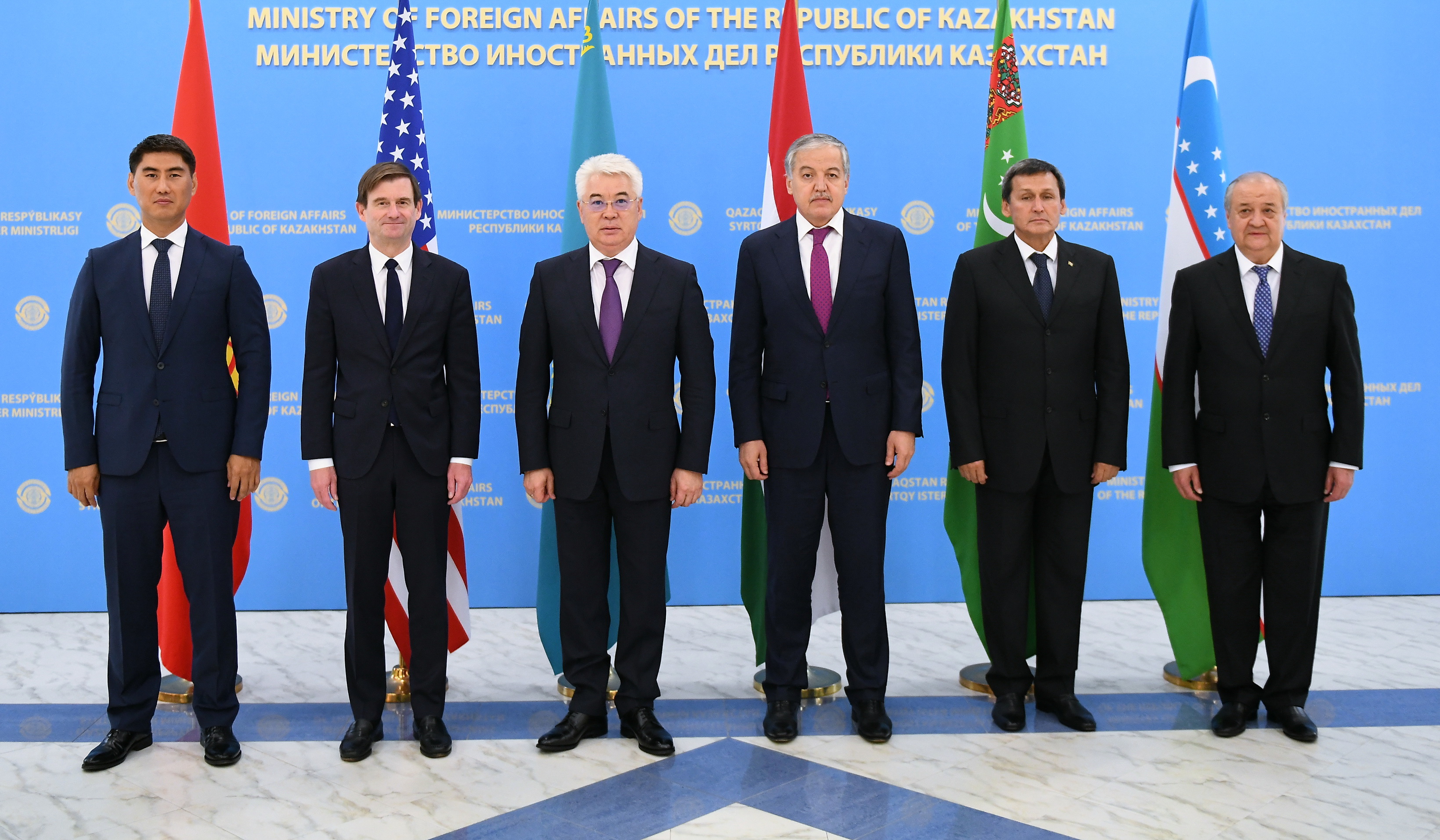 The meeting was opened by the foreign minister of host-country.

The first session was devoted to the theme of support for economic security and partnership. During the second session, issues of peace in Afghanistan were raised. The third session focused on security issues in Central Asia.

The meeting also discussed the issues of further expansion of trade relations, investment and implementation of multilateral economic projects in the region.

The parties expressed great interest in the joint development of infrastructure and transit and transport potential of Central Asia, says a press release of the ministry of foreign affairs of Kazakhstan.

In the field of security, the meeting discussed in detail a wide range of challenges and threats, the solution of which requires a regional approach. These include the issues of assisting in the reconstruction of Afghanistan, as well as the exchange of experience in the repatriation and rehabilitation of citizens who returned from the war zone in Syria and Iraq. 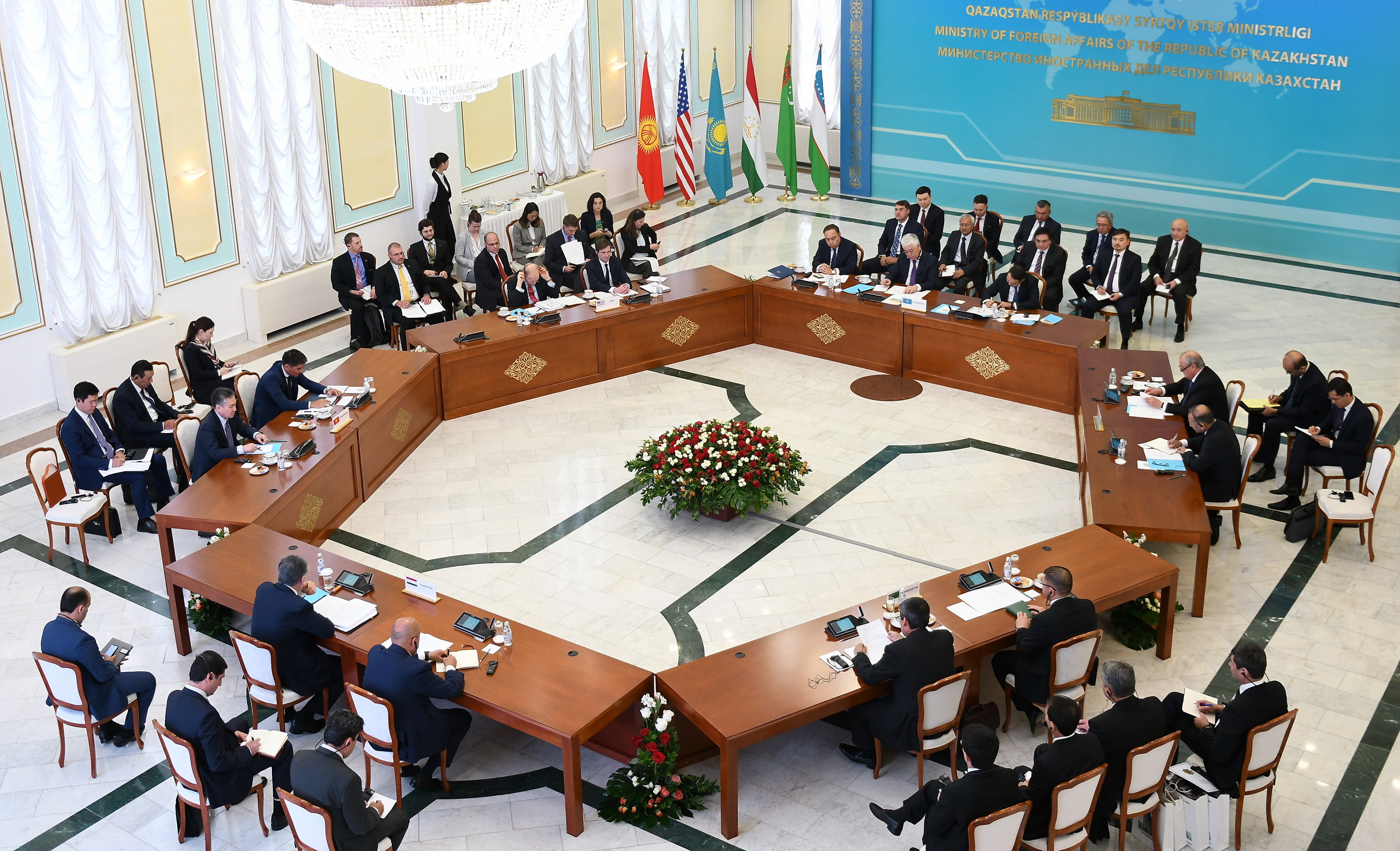 The C5+1 format is a multilateral mechanism of interaction between the five Central Asian countries and the United States, established in 2015.

Opening the C5+1 meeting, the minister of foreign affairs of Kazakhstan noted that Central Asia is a region of unique opportunities and huge unrealized potential. Ensuring the sustainable development and prosperity of this region is a common and achievable goal.

“That is why Kazakhstan has always sought to establish effective cooperation in the context of globalization and the challenges and threats facing us. The first President of the Republic of Kazakhstan – Elbasy Nursultan Nazarbayev laid the fundamental priority of the Central Asian vector of foreign policy of Kazakhstan”, the Minister said.

“Inviolability and succession of the policy of the Elbasy is the basis of the regional strategy of our President Kasym-Zhomart Tokayev. We are encouraged by the progressive development of political, economic and humanitarian cooperation with our neighbours. Indeed, Central Asia is experiencing a period of revival,” Atamkulov continued.

The foreign minister of Kazakhstan noted that significant progress has been achieved in recent years in cooperation with all Central Asian countries.

“Cooperation with Turkmenistan is being carried out systematically. The Prime Minister of the Republic of Kazakhstan visited Turkmenistan twice to participate in the Council of CIS heads of government in May this year and the Caspian economic forum this month,” the head of the foreign ministry of Kazakhstan said. 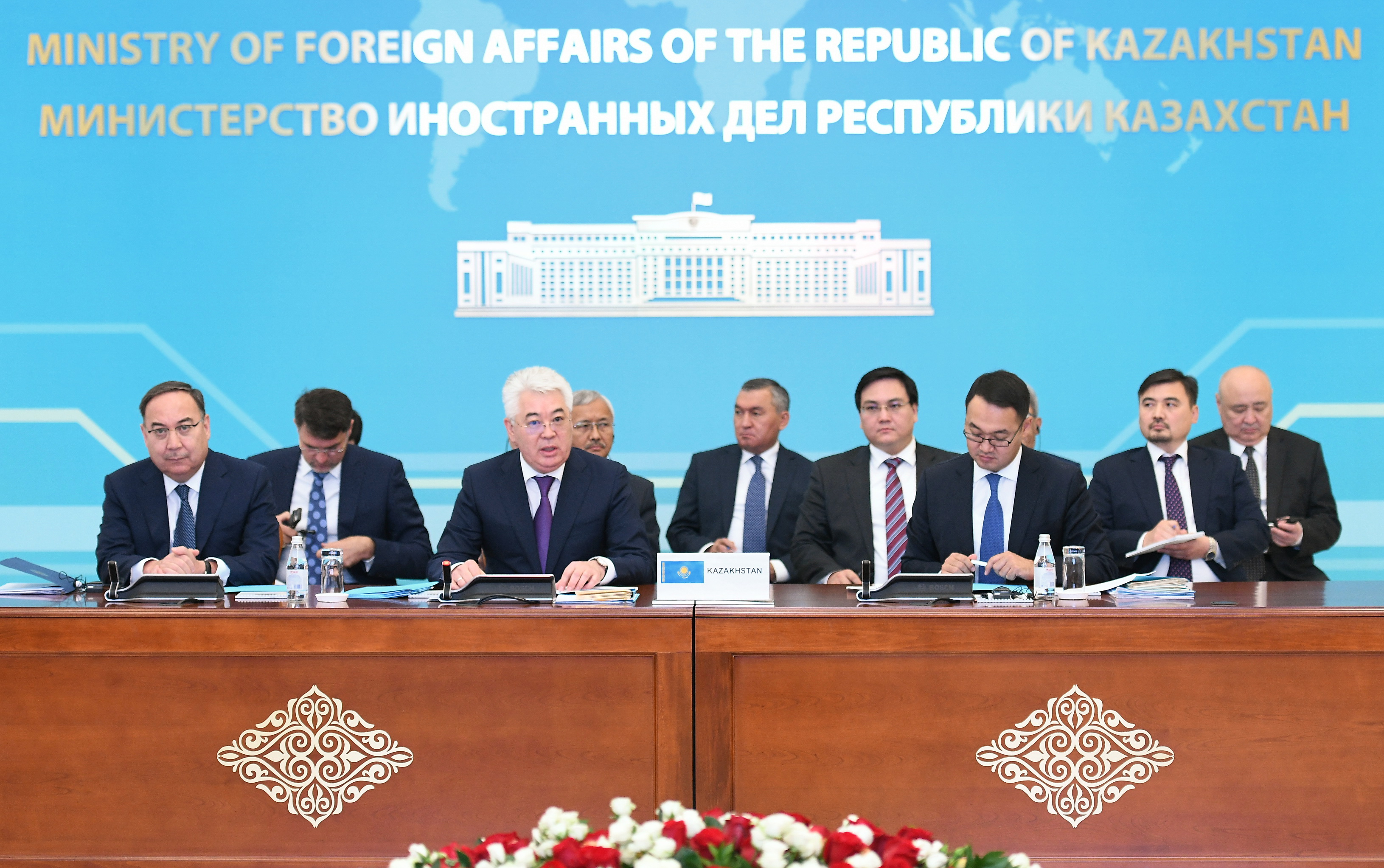 Speaking about regional security, Atamkulov stressed that the format “C5+1” is an important tool to promote dialogue on security and sustainable development of the region.

Today, on August 21, a high level meeting was held in Nur-Sultan city in the format of «C5+1», which is a many-sided mechanism of the interaction between the five Central Asian states and the United States in the field of economy, ecology and security. The current session is attended by the heads of the MFA of the Central Asian states (Kazakhstan, Kyrgyzstan, Tajikistan, Turkmenistan and Uzbekistan) and David Hale, United States Under Secretary of States for political affairs.

The agenda of the meeting is discussion and consideration of such vital issues for Central Asian region, like support of economic security and partnership in the region, peace in Afghanistan and provision of security in Central Asia. Participants of the meeting made a special stress on viability of political and diplomatic interaction in the format of «C5+1» and considered possible mechanisms for ensuring and achieving sustainable development, stability and prosperity of entire Central Asian region.

Delegation headed by the Deputy Chairman of the Cabinet of the Ministers, Minister of Foreign Affairs of Turkmenistan R.Meredov was received by the President of the Republic of Kazakhstan Kassym-Jomart Tokayev. 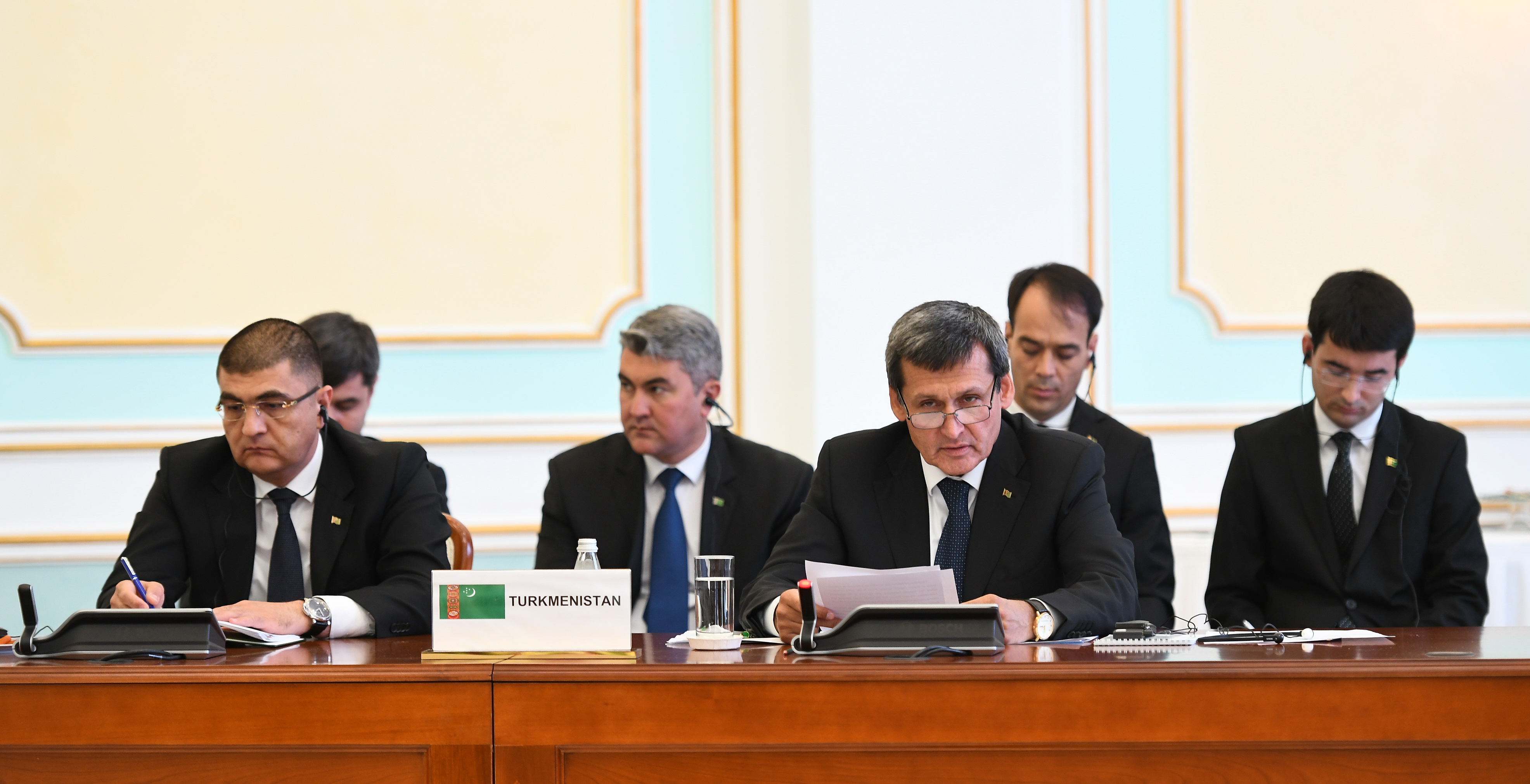 During the meeting sides expressed satisfaction with the current state of the bilateral relations on a wide spectrum of areas. President of Kazakhstan noted high level of First Caspian Economic Forum, which was held on the Turkmen shore of the Caspian sea by the initiative of President of Turkmenistan Gurbanguly Berdimuhamedov. Meanwhile, it was emphasized that Forum provided a strong impulse for development of the international economic cooperation in the Caspian region. [MFA Turkmenistan, 21 Aug]

During the meeting Tokayev focused on the importance of further development of integration processes in Central Asia.

“The common centuries-old history, good-neighborliness, cultural and religious closeness were and remain the fundamental bases of the rapprochement of our states. Thanks to the efforts of the First President of Kazakhstan – Elbasy Nursultan Nazarbayev, cooperation in Central Asia has always been a priority of our foreign policy”, said the leader of Kazakhstan.

He also touched upon the issues of expansion of trade, investment, transport, cultural and humanitarian ties in the region.

The importance of implementing the agreements reached during the first Consultative meeting of the heads of Central Asian states held in March 2018 in the capital of Kazakhstan was underlined.