Turkmenistan and Uzbekistan have agreed to sign a memorandum of cooperation in the field of agriculture. This was announced on the sidelines of the visit of the Deputy Prime Minister for Agriculture of Turkmenistan Annageldi Yazmyradov to Uzbekistan.

The MoU will envisage such issues as advanced training of Turkmen specialists in the field of clonal, virus-free, in-vitro reproduction of plants, UzDaily.uz reports.

The Turkmen delegation visited the Ministry of Agriculture of Uzbekistan and the ministry’s Center for Digitalization of the agro-industrial complex. Deputy Minister of Agriculture Kakhramon Yuldashev presented the programs and projects launched in the agricultural sector. 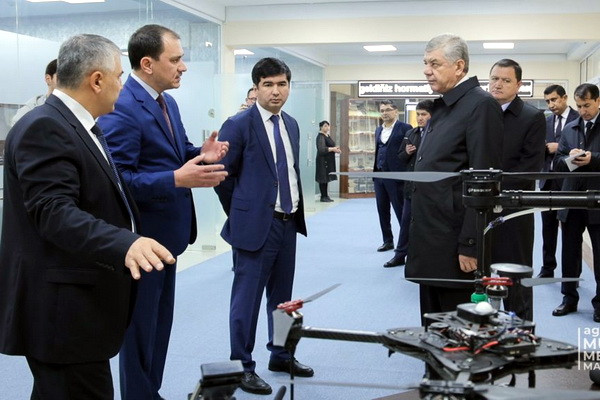 Yazmyradov got acquainted with the activities of the Tashkent State Agrarian University (TSAU) and the International Agricultural University (IAU) under the Ministry of Agriculture.

During the visit to the TSAU, the activities of the in-vitro laboratory established at the Center for the Development of Seed Production of the Research Institute of Horticulture, Viticulture and Winemaking were demonstrated.

Turkmenistan has its own research developments in the field of micropropagation by in-vitro method. Since 2021, the Institute of General and Applied Biology of the Oguz Khan University of Engineering and Technology has been conducting research on micropropagation of plants.

Thus, in the framework of cooperation with the Union of Industrialists and Entrepreneurs of Turkmenistan, lab experiments are being conducted on accelerated micropropagation of a woody plant – paulownia, whose foliage and flowers are used in pharmacology, cosmetology, animal husbandry, and wood – in cellulose production. ///nCa, 3 December 2022