You are here: Home / Articles And Reports / Uzbekistan and Turkmenistan discussed the development of economic cooperation

The Minister of Industry and Construction Production of Turkmenistan Baymyrat Annamamedov met in Tashkent with the Deputy Prime Minister – Minister of Investments and Foreign Trade of Uzbekistan Sardor Umurzakov.

During the talks, the sides exchanged views on topical issues of bilateral cooperation. They stressed the tangible growth in the indicators of economic partnership between the two countries and spoke in favor of intensifying joint efforts to further increase them.

Over the past four years, the volume of Turkmen-Uzbek trade turnover has increased 5 times. In 2021, mutual trade grew by 65% compared to 2020.

A number of trade contracts signed in September 2021 are at the stage of practical implementation.

Proposals have been put forward to expand partnership in new promising areas identified on the basis of the competitive advantages of the economies of Uzbekistan and Turkmenistan. 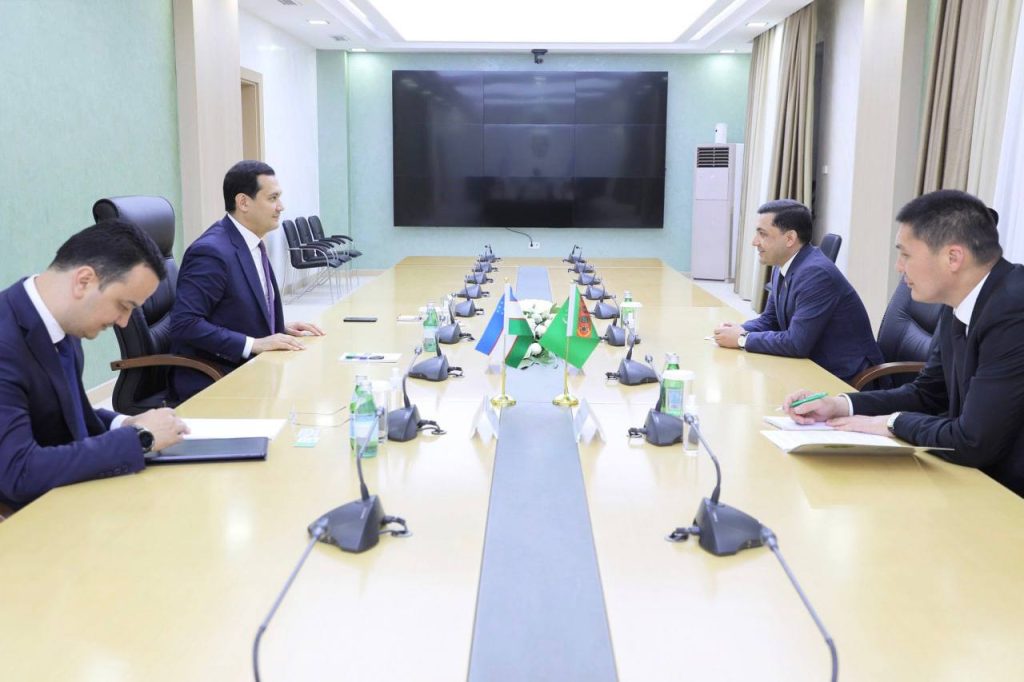 The sides considered mechanisms of forging interregional cooperation. They agreed to strengthen the coordination of the administrations of the regions of the two countries in order to develop new projects of industrial cooperation and trade contracts.

Mutual readiness was expressed to organize visits of delegations of ministries and departments of Uzbekistan and Turkmenistan to exchange experience in the field of food security.

On 25-27 April 2022, Tashkent hosted the International Industrial Exhibition “Innoprom. Central Asia”. This is the major event in the region aimed at enhancing investment, industrial, trade and economic cooperation, as well as establishing new business contacts and developing industrial cooperation in Central Asia.