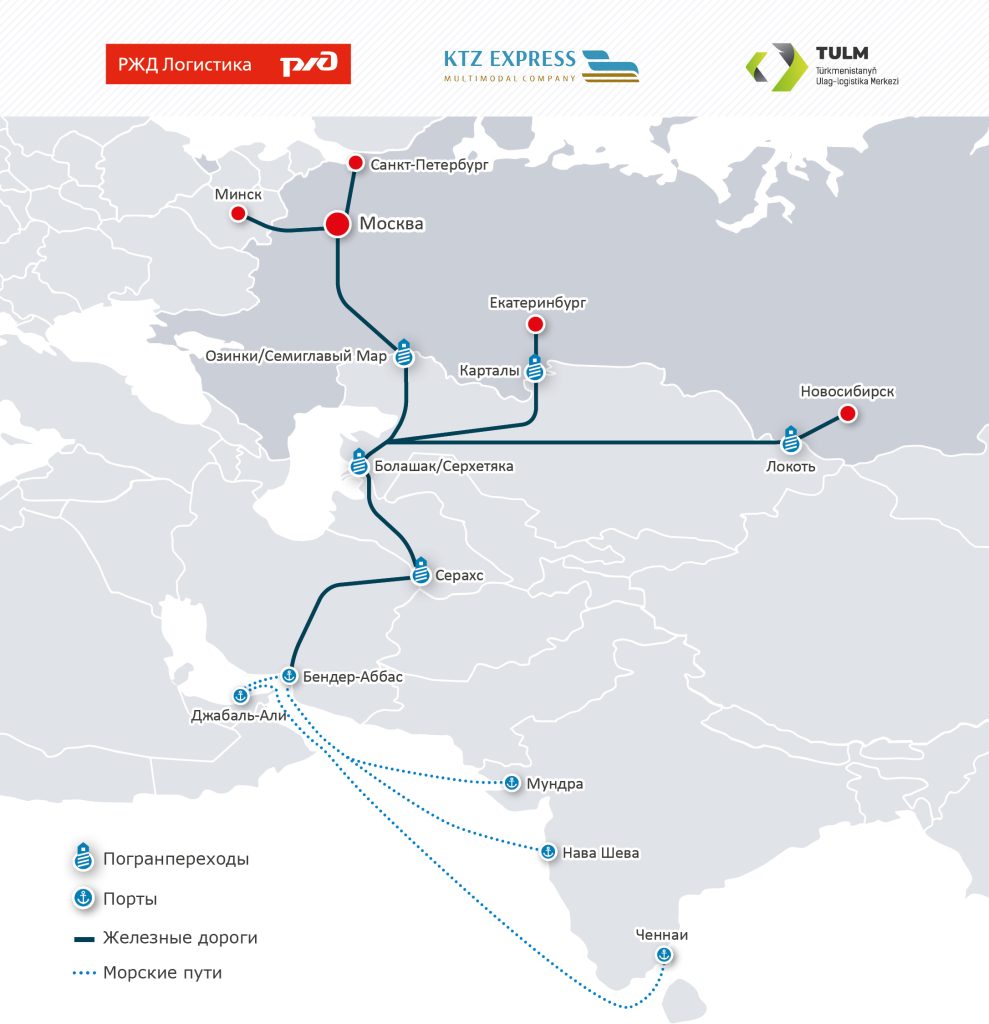 Russian Railways “RZD” takes steps to promote the transportation of containers along the eastern branch of the international transport corridor “North – South”, according to a press release from the company.

RZD will offer 20% discount throughout 2023 for export-import container transportation, passing through the Russian-Kazakh border crossings and the Bolashak–Serkhetyak border crossing between Kazakhstan and Turkmenistan.

Certainly, these measures will entail the realization of plans to increase traffic along the eastern branch of the corridor. “This is a very promising route – it is cheaper, faster. The first train of the 31st container, together with the employees of JSC “Russian Railways” and the company “Russian Railways Logistics”, we solemnly met in Serakhs on the border with Iran in early November of this year. The task has been set, and it will be completed – about 17 trains per month on a regular basis. Now we expect another train in December. But next year we will begin to realize the potential of 17 trains a month,” commented in interview with TASS the trade representative of Russia in Turkmenistan Alexander Yelizarov.

According to him, Russian shippers have already requested a large volume of cargo through Turkmenistan. “In the medium term, we plan to bring it up to 5 million tons, and in the long term, according to the estimates of Russian and Turkmen experts, up to 25 million tons. Turkmenistan’s transit potential is huge,” the source added.

INSTC connects Russia with the countries of the Caspian Basin, the Persian Gulf, Central, South and Southeast Asia.