Russian Railways Logistics (RZD Logistics) has started transporting full-component container trains from Russia to India along the eastern branch of the North-South land corridor involving the transport infrastructure of Russia, Kazakhstan, Turkmenistan, Iran and India, according to company’s press release.

The first container train set off from Chekhov station near Moscow to the final destination of Nhava Sheva, the second largest container seaport in India on the Arabian Sea. It will travel over 8000-km long route.

The estimated transit time is 35-37 days The key driver of the implementation of this project is a balanced tariff policy of all participating countries.

The legal basis of the North-South transport corridor was laid in 2000 with the signing of an intergovernmental agreement between the Russian Federation, Iran and India. 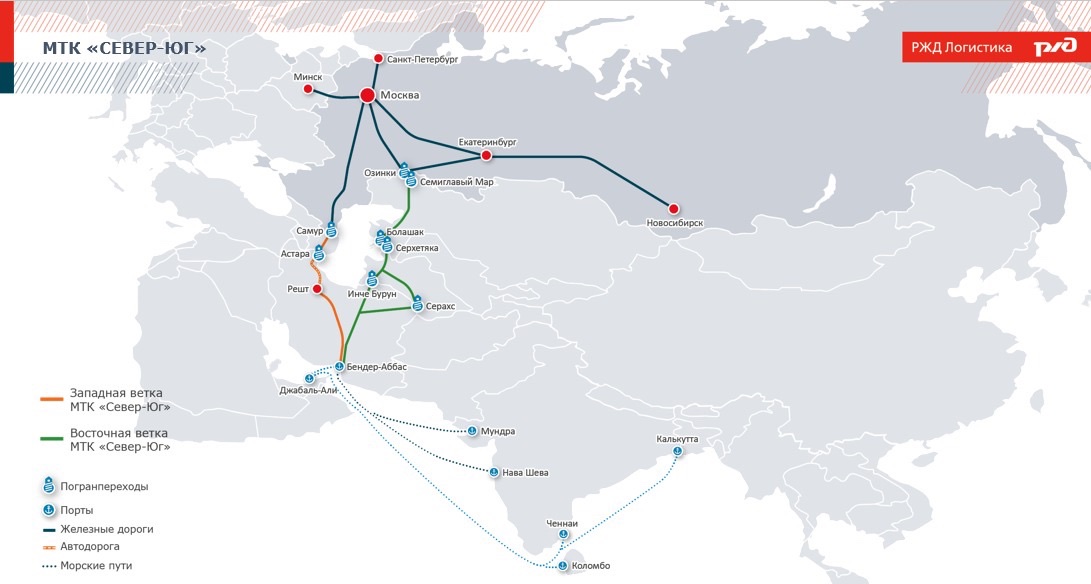 The transportation of a wide range of goods along all three branches of the ITC contribute to the further expansion of trade relations, development of infrastructure in general, the creation of new border crossings, cargo terminals, close interaction of customs, phytosanitary and other regulatory organizations.

According to the Russian Railways holding, in 2022, the traffic along the corridor increased by 26% compared to last year.

“ITC has significant potential both in terms of cargo base: agricultural products, wood, industrial materials, raw materials, mineral and chemical fertilizers, and in terms of the development of transport routes for trade with new and promising markets not only in India, the Persian Gulf countries, but also in Africa.  We have launched a test train along the eastern branch of the transport corridor, we are ready to go on a regular basis and actively participate in the further development of this route,” said Dmitry Murev, General Director of JSC RZD Logistics.

In June, RZD Logistics and the Transport and Logistics Center of Turkmenistan signed a Memorandum of Cooperation in international and transit cargo transportation.

In accordance with the document, the parties pledged to work together to launch regular time-effective container trains on the North–South corridor transiting via Kazakhstan and Turkmenistan.

Moreover, Russian Railways Logistics and the Transport and Logistics Center of Turkmenistan agreed to exchange best practices in order to increase export-import transportation, as well as in building up the transit potentials of the countries, exchange information on cooperation in the field of international multimodal transportation, provide mutual analytical and consulting assistance and help in finding business partners. ///nCa, 5 July 2022