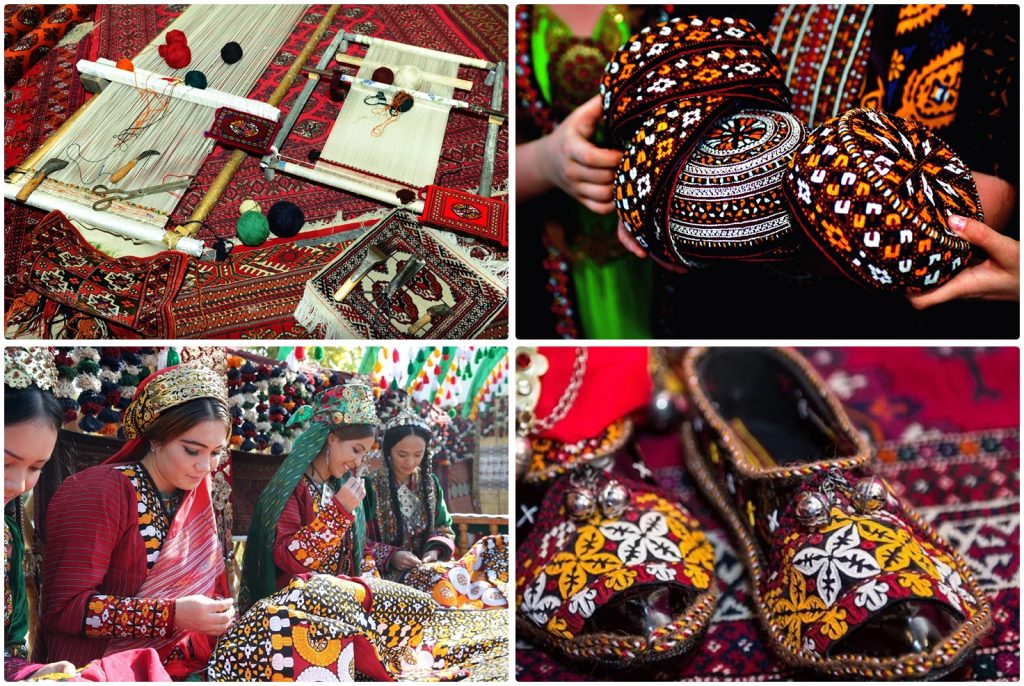 On Wednesday, 23 November, Ashgabat hosted first meeting of the international community of needlewomen of Central Asia, convened on the initiative of Turkmenistan, the Neutral Turkmenistan newspaper reports.

The meeting was attended by representatives of the parliament of Turkmenistan, the UN Regional Center for Preventive Diplomacy for Central Asia, UNDP in Turkmenistan, as well as the Dialogue of Women of Central Asian Countries.

The meeting was moderated by Deputy Chairman of the Committee on Social Policy of the lower house of Turkmen parliament Gurbangul Berkelieva, who noted that the involvement of women in socio-economic and cultural life is fundamental in creating stable, prosperous and peaceful societies.

The empowerment of women is recognized as a vital component of sustainable development and is designated as a separate goal (SDG No. 5). In addition, the Ashgabat meeting highlighted the importance of regular exchanges of knowledge and experience in facilitating the organization of cultural events, but also to develop women’s entrepreneurship, establish business contacts between needlewomen, as well as women entrepreneurs from Central Asian countries.

The participants of the community meeting noted that this informal consultative platform opens up great prospects for the development of cooperation aimed at enhancing trust in each other, friendly relations and solidarity, helping governments to promote gender equality and empower women.

According to Ayna Durdylieva, founder and director of private company “Mähirli Zenan”, decorative and applied art has remained a connecting thread between the past and the future since ancient times. Handmade embroidery as an integral part of our national clothing is connected by its theme, symbolism with the ancient history of Turkmenistan, with the civilizations that inhabited this land, she said.

The theme of development of women’s entrepreneurship was touched upon in the speech by the representative of Kazakhstan, Jamila Nurmambetova, who noted that Central Asian countries are united by a long historical path, and one thing remains unchanged – the love of women for beauty, expressed in creativity. Through art, nations come closer together and national crafts develop. ///nCa, 24 November 2022