At the end of the summit of the Council of Heads of State of the Organization of Turkic States, an award ceremony was held.

President of the Republic of Uzbekistan Shavkat Mirziyoyev summarized the results of the summit and noted the achievement of important decisions and agreements.

The special contribution of the President of the Republic of Türkiye Recep Tayyip Erdogan and Chairman of the Halk Maslahaty of Milli Gengesh of Turkmenistan Gurbanguly Berdimuhamedov to the active promotion of the interests and views of the Turkic countries in the international arena, strengthening the unity of the Turkic family was noted. In this regard, it was decided to award them with the Highest Order of the Turkic World. 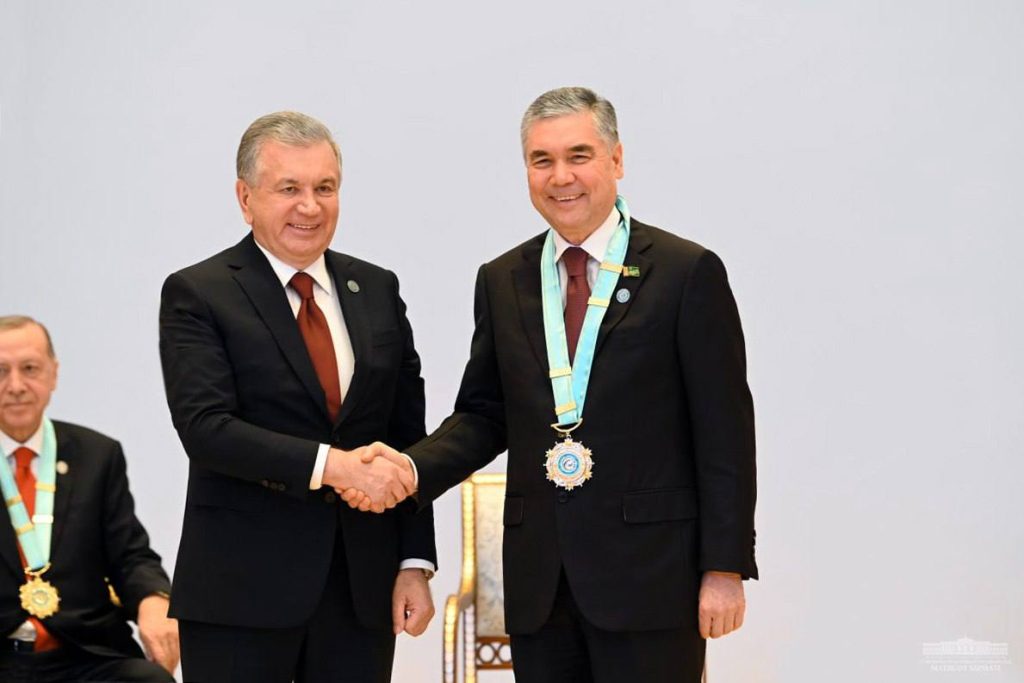 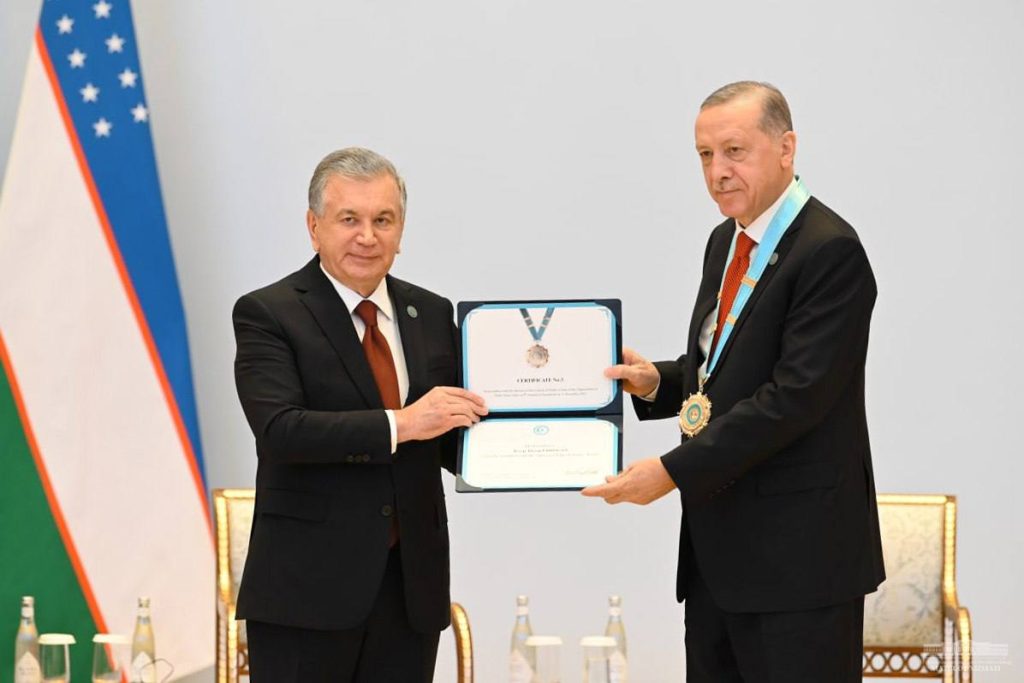 As known, at the initiative of the head of Uzbekistan, the Alisher Navoi International Prize was established within the framework of the Organization of Turkic States. The first prize was awarded to the great writer and public figure, the outstanding humanist Chingiz Aitmatov, who made a huge contribution to the rapprochement of the Turkic peoples. 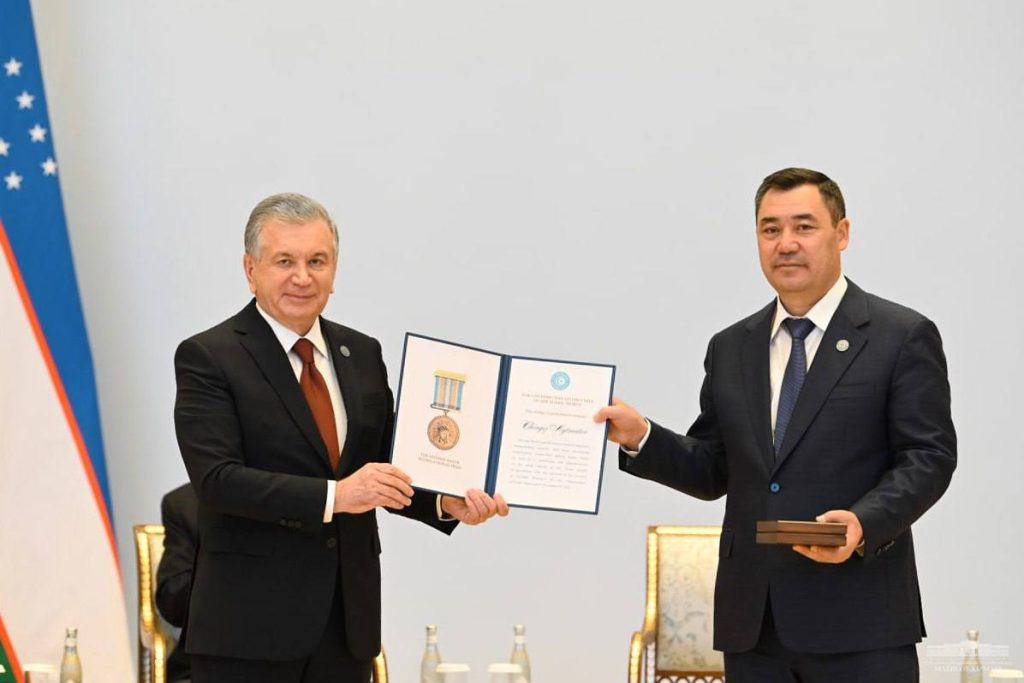 This award was accepted by the President of the Kyrgyz Republic Sadyr Zhaparov. 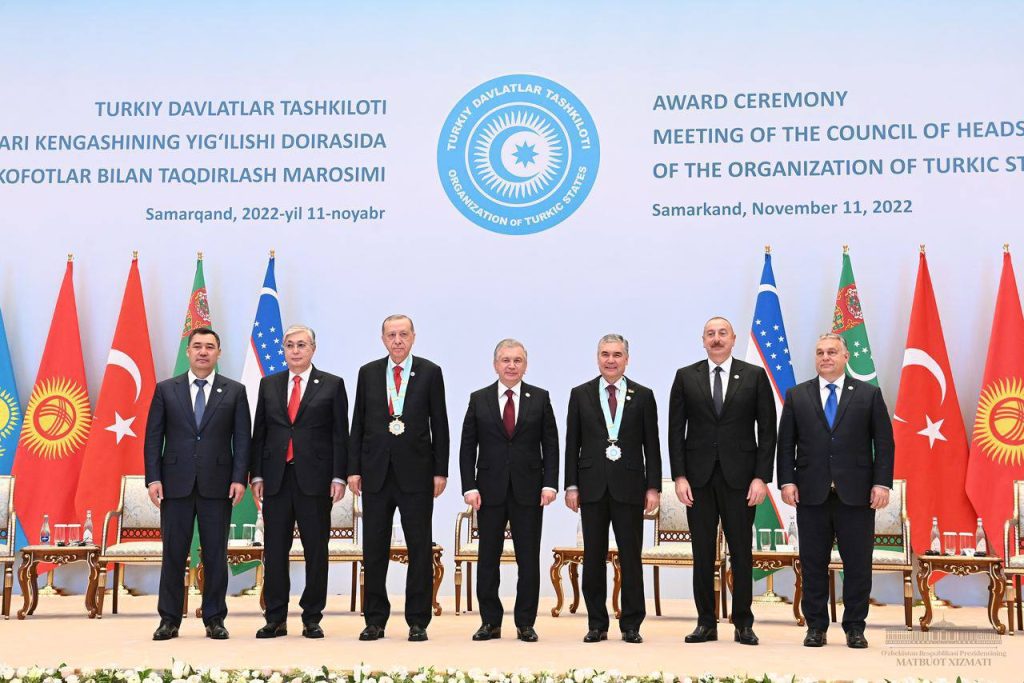 Recep Tayyip Erdogan, Gurbanguly Berdimuhamedov and Sadyr Zhaparov thanked for the awards and noted that the Samarkand summit was very fruitful for the benefit of fraternal peoples. ///nCa, 11 November 2022 (photo source – press service of President of Uzbekistan)