Home » Central Asia: Water should be a unifying force 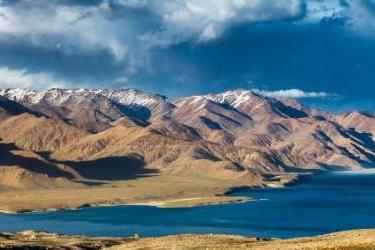 Global climate change, population growth, economic development and a number of other factors have a huge impact on one of the main problematic issues in the Central Asian region-the distribution of water resources. Therefore, it is no coincidence that a significant part of the agenda of the Consultative Meeting of the Heads of Central Asian States, which was held in early August in Turkmenistan, was devoted to this topic.

It is known that the water issue has deep historical prerequisites. Thus, since the collapse of the Soviet Union, a single centralized system has become cross-border, and its peculiarity is that only two countries – Tajikistan and Kyrgyzstan are located in the center of the formation of water runoff, and the rest are in the zone of its dispersion. This fact has repeatedly become the cause of conflicts. For example, in April of this year, a collision occurred between Tajikistan and Kyrgyzstan, the cause of which was the water distribution point “Golovnoi” on the Isfara River.

At the same time, according to experts, by 2050 the population of the region will increase by 30%, which, accordingly, will only increase the need for water resources, and, consequently, the risk of new disagreements will increase.

Under these conditions, countries should demonstrate prudence, flexibility and forget past grievances, focusing their attention on mutually beneficial cooperation. One such example was Tajikistan.

This year, the difficult water management situation associated with low water supply, in which this country, adhering to the principles of good-neighborliness and mutual assistance, decided to allow additional water for irrigation needs of Kazakhstan. If such a situation arises in the future, the question arises: will Kyrgyzstan, which has received humanitarian assistance from its neighbors more than once, including during the difficult coronavirus period, remain on the sidelines?

Considering the water issue, Central Asia should be perceived as a single whole, and not five separate republics. First of all, because of the close relationship with other important areas: economy, infrastructure, logistics and much more.

That is why the words of the President of Kazakhstan Kassym-Jomart Tokayev, voiced at the meeting of the heads of Central Asian states, that water should become a unifying, and in no case a dividing principle, acquire special significance. /// nCa, 10 September 2021