The investment project was implemented by the company “Turkistan Tourism City”. The construction of the complex has been carried out for more than a year.

The area of the complex is 20.5 hectares in the buffer zone of the Azret-Sultan Cultural Reserve opposite the mausoleum of Khoja Ahmed Yassawi, said Prime Minister’s press service in a press release. 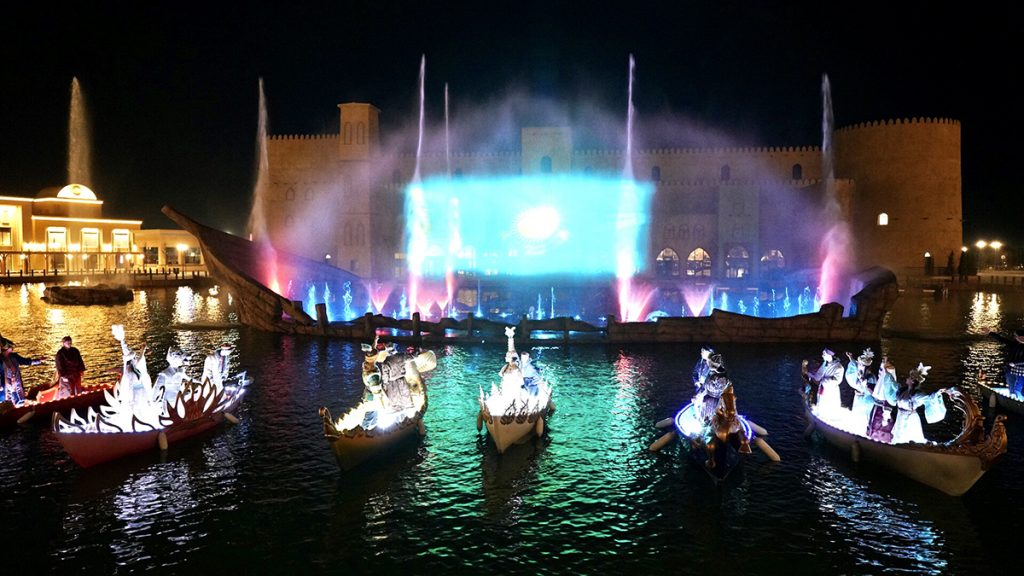 Keruen Sarai means a roadside inn where travelers and merchants could rest and recover after hard travels across the network of trade routes covering Asia.

The design landscape of the complex allows the visitors literally to make a journey through time and find themselves on the street of merchants and artisans of the Silk Road epoch. The overall scene of the eastern city is complemented by the “flying theater”, an amphitheater for horse shows, bazaar, as well as modern shopping malls, boutiques, fashionable hotels and restaurants, SPA and fitness center, cinema, and family entertainment center. 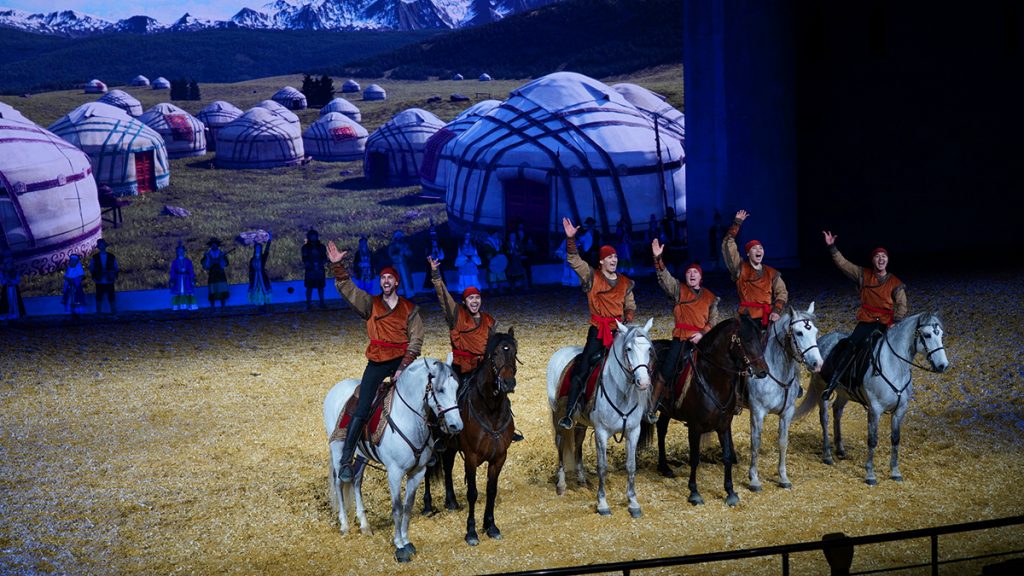 All objects are connected by a water channel, where a theatrical show on the water “Boat Parade” will be held.

According to the project, “Keruen-Sarai” has no analogues in Central Asia and is intended to become the main center of tourist attraction after the mausoleum of Khoja Ahmed Yassavi. /// nCa, 12 April 2021