You are here: Home / Articles And Reports / EU inaction on Syrian refugees is a stain on human conscience 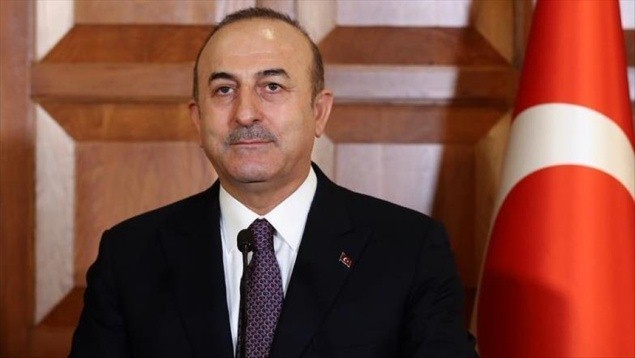 The EU was meant to be a world power that stood as a beacon for human rights and respect for the international rules-based order. But unless something is done about Greece’s treatment of refugees, and the frenzied support it still receives from the EU, that claim will collapse.

I have long cautioned the EU to not be complacent about the challenges it faces, including the rise of extremism, xenophobia, Islamophobia and anti-Semitism. We have called for a revamped international system to manage the huge displacement of people fleeing conflicts such as Syria’s. We have painstakingly tried to convince the EU to help us resolve such conflicts and address the fragilities that surround Europe. If we cannot prevent these calamities at source, everyone will suffer. Yet the latest episode in this saga, which began with the outbreak of Syria’s war, shows the EU has not advanced an inch towards a mature understanding of the problem or in producing solutions.

Nine years into the conflict, the province of Idlib has become a “new Gaza”, where 3.5m people are sequestered. The de-escalation zone created in 2018 has suffered a massive military offensive by the Syrian government, backed by Russia and Iran. Since last May, over 1,700 people have been killed, to use UN figures. When Turkish soldiers were attacked in February, we retaliated forcefully and showed what it means to attack a Nato country. However, before we could stop the onslaught on Idlib and muster a cessation of hostilities, 1m people had begun marching towards Nato’s and Europe’s south-eastern boundary, the Turkish-Syrian border. We already host over 3.6m Syrians, and help directly or indirectly another 5.5m inside Syria. This has cost us over $40bn. Only last year, our security forces apprehended almost 455,000 people trying to migrate illegally. We cannot continue to protect the borders of Nato and Europe alone.

That is why we declared last month that Turkey could not absorb any more refugees, either from Syria or beyond, and we would no longer stop those already in our country from leaving. Turkey was never intended as their final destination; we cannot force them to stay. Our unheeded calls for the EU to take this wave of migrants seriously, and to comply with the refugee deal it struck with Turkey in 2016, reached boiling point with the latest Idlib displacement.

What followed is a disgrace to the EU and a stain on human conscience. The EU and its parliamentarians did little more than watch on as Greek forces sprayed tear gas and fired on people at their border. Greece also illegally suspended refugee applications. The UN was critical; the EU not. People died, scores were wounded and European prestige was damaged globally.

All this because the EU has consistently failed to develop a policy that projects peace, prosperity and dignity to its near-abroad, and has not worked earnestly with Turkey to achieve that. Several countries in our common neighbourhood are on fire, and this is producing one of the greatest human exoduses, and economic and environmental catastrophes, since the second world war. We cannot solve problems in source countries with wishful thinking and by patronising the only country, Turkey, that takes substantive action.

Building fortresses does not stop people running for their lives. Solidarity with a wrongdoing EU member, Greece, also cannot trump sound policy. The EU and Turkey have to find common ground to address these problems. If the EU really is striving to be a geopolitical union, this is how it could be done.

In the year of Brexit, alienating the only major European country still aspiring to join the EU — moreover, one that walks the talk as a responsible actor — is the biggest policy folly in generations. Turkey, the UK and the EU must come together to stabilise our common neighbourhood, while the EU also expedites Turkey’s membership process.” /// nCa, 25 March 2020

Originally published by the Financial Times on 22 March 2020