Emperor Naruhito ascended the Chrysanthemum Throne of Japan on 1 May 2019. His father, the Emperor Emeritus Akihito abdicated a day earlier. 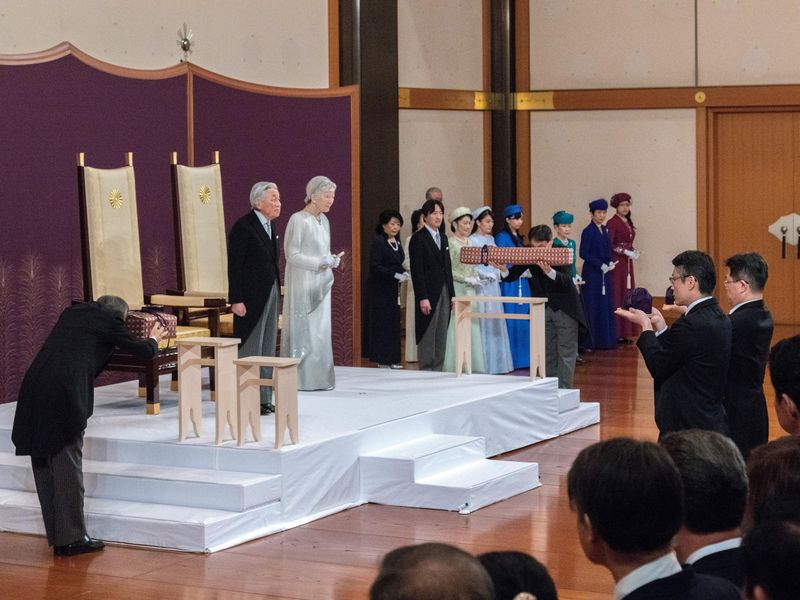 After ascending the throne, Emperor Naruhito made a short speech, promising to stay the course set by his father:

“I have hereby succeeded to the Throne pursuant to the Constitution of Japan and the Special Measures Law on the Imperial House Law.

“When I think about the important responsibility I have assumed, I am filled with a sense of solemnity. 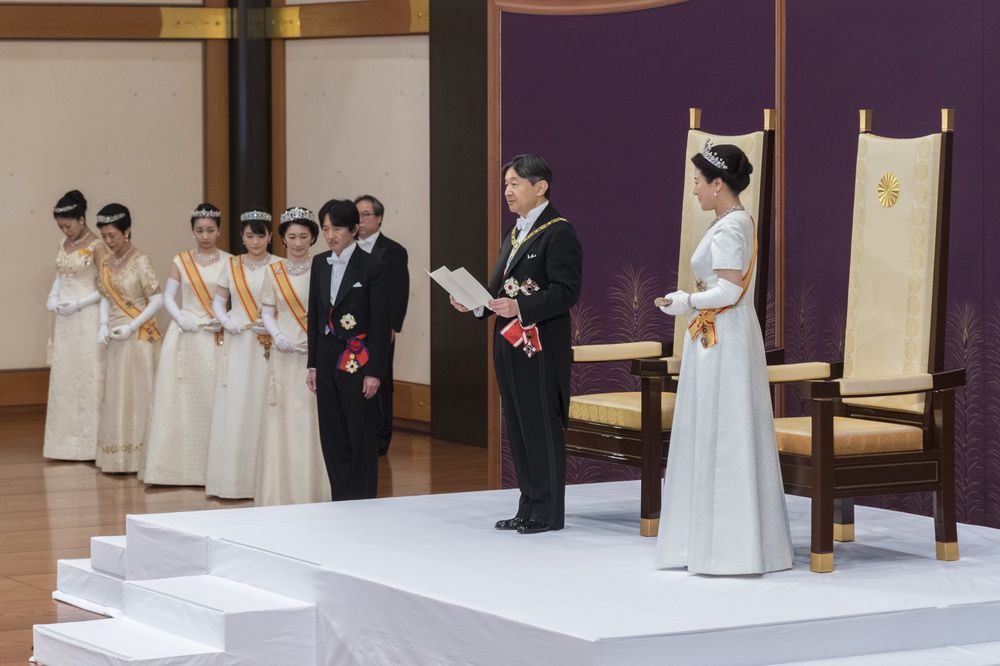 “Looking back, His Majesty the Emperor Emeritus, since acceding to the Throne, performed each of his duties in earnest for more than 30 years, while praying for world peace and the happiness of the people, and at all times sharing in the joys and sorrows of the people. He showed profound compassion through his own bearing. I would like to express my heartfelt respect and appreciation of the comportment shown by His Majesty the Emperor Emeritus as the symbol of the State and of the unity of the people of Japan.

“In acceding to the Throne, I swear that I will reflect deeply on the course followed by His Majesty the Emperor Emeritus and bear in mind the path trodden by past emperors, and will devote myself to self-improvement. I also swear that I will act according to the Constitution and fulfill my responsibility as the symbol of the State and of the unity of the people of Japan, while always turning my thoughts to the people and standing with them. I sincerely pray for the happiness of the people and the further development of the nation as well as the peace of the world.”

Central Asia, always a close friend and partner of Japan, received the news with warmth and joy.

Serdar Berdymuhamedov, the son of the president of Turkmenistan and the chairman of the Turkmenistan-Japan inter-parliamentary group and deputy governor of the Ahal province, delivered a letter of felicitation from his father to Ambassador Katsumata Takahiko at the embassy of Japan. 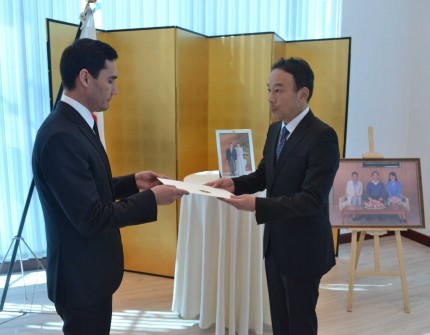 The embassy of Japan in Turkmenistan, as the Japanese embassies across the world, opened book of greetings to record the good wishes of the friends.

Emperor Naruhito brings with him a strong relevance for Central Asia.

The Emperor said in his speech, “I would like to express my heartfelt respect and appreciation of the comportment shown by His Majesty the Emperor Emeritus as the symbol of the State and of the unity of the people of Japan.”

This statement has some common strands with the oaths of office taken by the presidents in Central Asia.

It is the matter of treating the ancestral memory as equivalent to institutional memory – drawing from the past and looking toward the future, ensuring continuity.

Even though the Emperor does not play any role in the running of the government, the special interests and accomplishments of Emperor Nauthito are sure to help strengthen the partnership between Japan and Central Asia.

From his childhood, Emperor Naruhito has had a strong interest in the roadways and the history of transportation. This was the area of emphasis on his bachelor’s and master’s degrees in history.

During his two years of study at Oxford, Emperor Natuhito focused on the medieval European water transport. His book covering that period is titled, “The Thames and I – A Memoir of Two Years at Oxford.”

The keen interest and deep knowledge of the Emperor about the transportation is an area that resonates with what is taking place in Central Asia – corridors, connectivity, multimodal transportation. 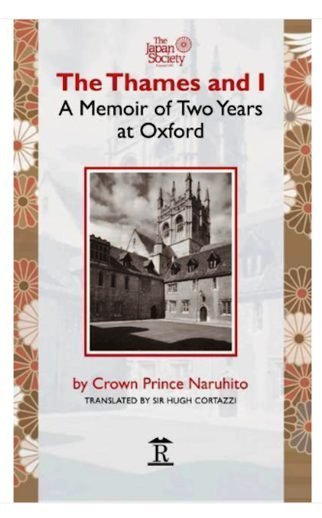 The Wikipedia entry about the Emperor says, “Naruhito is interested in water policy and water conservation. In March 2003, in his capacity as honorary president of the Third World Water Forum, he delivered a speech at the forum’s opening ceremony titled “Waterways Connecting Kyoto and Local Regions”. Visiting Mexico in March 2006, he gave the keynote address at the opening ceremony for the Fourth World Water Forum, “Edo and Water Transport”. And in December 2007, he gave a commemorative talk at the opening ceremony for the First Asia-Pacific Water Summit, “Humans and Water: From Japan to the Asia-Pacific Region.”

The rational and sustainable use of the shared water resources is a subject of great importance for Central Asia. The process will certainly draw inspiration from the views of the Emperor.

Another common interest is music. The Emperor is an accomplished violinist although he later switched to viola. Music, as the universal language of friendship, is a definite way to build the bridges. /// nCa, 6 May 2019 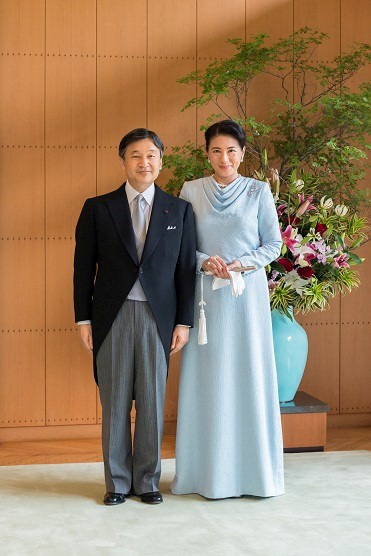