You are here: Home / Articles And Reports / Foreign minister of Russia comments on Caspian Economic Forum 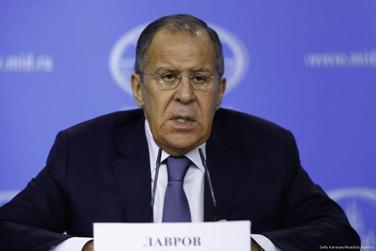 Interview with the Foreign Minister of the Russian Federation S.Lavrov

Question:  How do you evaluate the role of the First Caspian Economic Forum in promoting the Caspian Agenda, strengthening the multilateral format of cooperation in the Caspian?

Answer: The solution to the issue of economic development of the Caspian region on regional and mutually beneficial base gains new relevance after the endorsement of the Convention on the Legal Status of the Caspian Sea in August 2018.  It is obvious that this document satisfies the interests of all the Caspian littoral states not solely due to the fact that its clauses clearly define the mutual rights and obligations on the use of the given basin, including the measures on strengthening trust and security in this region of the world in general.  The value of this international agreement is also based on the fact that it creates the necessary legal conditions for the growth of cooperation in trade-investment and transport spheres.

In present conditions, the necessity of creating specialized platform for direct contacts between the governments, profile economic agencies and business entities interested in the work on the Caspian has objectively matured.  In this regard, the idea of holding the First Caspian Economic Forum on regular basis initiated by the President of Turkmenistan G.M. Berdimuhamedov is well-timed.  This proposal was embodied in the five-sided Intergovernmental Agreement on Trade-Economic Cooperation signed a year ago, simultaneously with the Convention and adopted upon the outcomes of the Communiqué of the meeting of the Presidents during the Fifth Caspian Summit.

It is pleasing that the Forum’s Agenda includes a wide range of issues on the development of trade-economic ties, improvement of investment climate, broadening of practical cooperation in the area of industry, transport, innovations and science.

I am confident that the First Caspian Economic Forum will give additional impulse to the collaboration in such spheres as trade, investments and tourism that will contribute amongst others to the transformation of the Caspian into one of the world’s largest transport and transit hubs.

Russia attaches great importance to this event.  The level of the Russian delegation to be headed by the Head of the Government of the Russian Federation D.A.Medvedev serves as a vivid proof of this.