You are here: Home / Articles And Reports / Games and Melons – Straight to the Future

The Games, even a month before they actually take place, are highlighting Turkmenistan on the world stage. It is important to harness this publicity for the long term benefit.

This is exactly what Turkmenistan is doing.

The flurry of activities on 17 August 2017 in Ashgabat helps explain what is actually being done to boost the economic prospects of the country on the backbone of Ashgabat 2017. ——- At the centre of this strategy is the humble but marvelous melon.

Before we talk of melon, let’s see how the day started and how it progressed.

The day started before it started i.e. in the pre-dawn hours President Berdymuhamedov, accompanied by his cabinet and security team, rode a bicycle along from Archabil Road to Ankara Street, stopping at several places to open some newly built objects.

Instead of the sportswear that is generally used for such occasion, the president and his team were dressed in business suits. At some point, they took off their jackets but kept their neckties. It was to show that bicycle is not just an accessory for sports – it is a very viable mode of transportation to and from office. 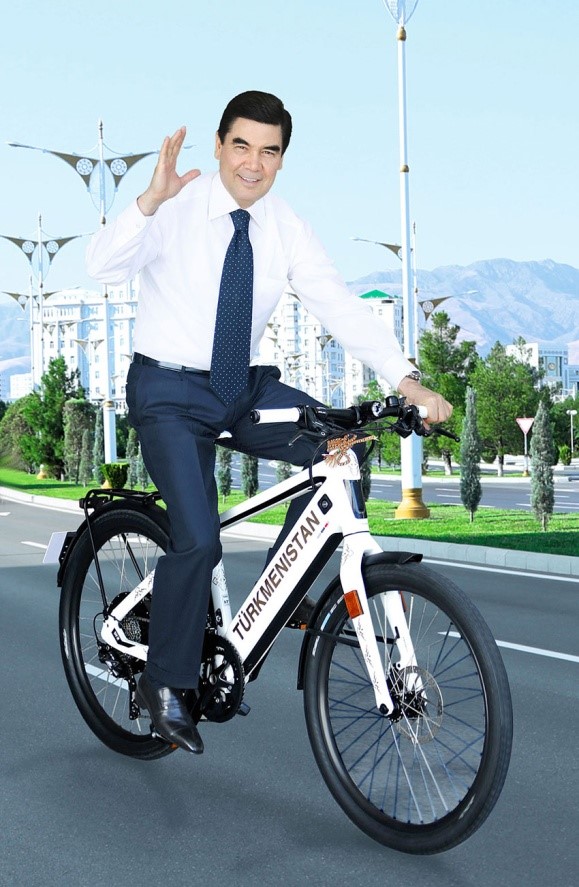 The president visited one of the families who had been allotted the apartment in the new complex.

The next stop was House of Health, a large facility with capacity to serve 40000 outdoor patients. It has some diagnostic equipment and will also help train family doctors in the planned Department of Family Medicine in the State Medical University.

The next stop was the House of Life, which combines several facilities under one roof, such as two weddings halls, sewing workshop, billiard room, shops and service centres.

The last stop of the morning activity was the opening of the Centre of Public Organizations of Turkmenistan, which houses the main offices of the Democratic Party, the Agrarian Party, the National Trade Union Centre, the Women’s Union, the Maktumguly Youth Organization and the Peace Fund of Turkmenistan. In the evening there was the exhibition of Turkmen Melons, featuring a mind-boggling variety of melons, water melons, gourds etc. There was also the food festival showcasing cuisine from more than 60 countries that will participate in Ashgabat 2017. It was billed as Cuisines of Ashgabat 2017.

To cap it all, there was a concert where many well-known artists enthralled the audience including the British singer and song writer John Newman of ‘Love Me Again’ fame. 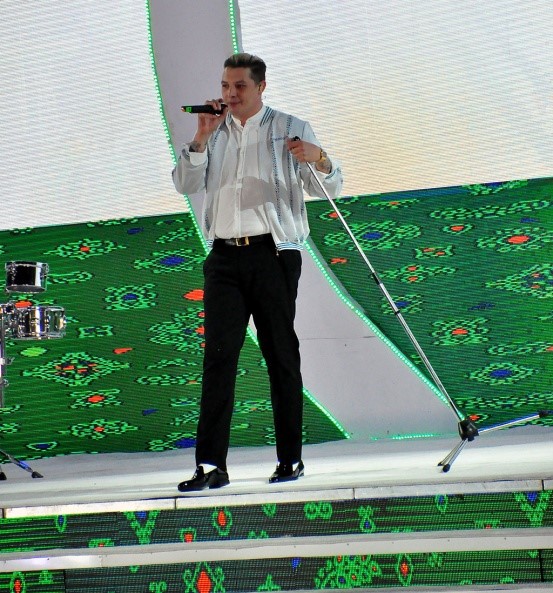 With more than 360 varieties and growing every year, the Turkmen melon is not just a fruit; it is potentially an economic powerhouse on its own.

Once your taste buds have been introduced to the Turkmen melon, they crave the experience again and again.

Babur, the emperor that founded the Mughal dynasty that ruled India for some 350 years, writes in his autobiography that the only thing he misses from Central Asia is the melon.

During the Seljuk era there was a special transport system – small cart pulled by fast horse, the horse changed every few kilometers – to send fresh melons from Merv and Dashoguz for the table of the Caliph of Baghdad.

In the heyday of the Silk Road, the dried melon from Merv was among the prized imports in Europe.

President Berdymuhamedov, in his encyclopedic work ‘Medicinal Plants of Turkmenistan’ mentions that carotenoids in melon prevent cancer and lower the risk of lung cancer. The adenosine anticoagulant in melon can stop the clotting of blood cells, thereby preventing stroke or heart disease.

The diuretiv properties of melon are helpful in curing the kidney disease.

The B vitamins in melon are useful in processing sugars and carbs in the body. Because melon is low in sodium and calories, it can be used for weight loss regimes.

The collagen in the melon maintains the integrity of the cell structure and helps maintain health skin. It also has anti-ageing benefits because of its rich content of vitamins A, B and C. Melon mask can do wonders for the face. It is also a good moisturizer.

The exhibition on 17 August 2017 displayed some of the products that can be made from the melon. They included the juices, syrups, candies, confectionery,

Of the dozens of possibilities shown at the exhibition, we will look at just one product which is clearly in its experimental stage. It is gelled cubes of the melon juice, sprinkled with sugar. 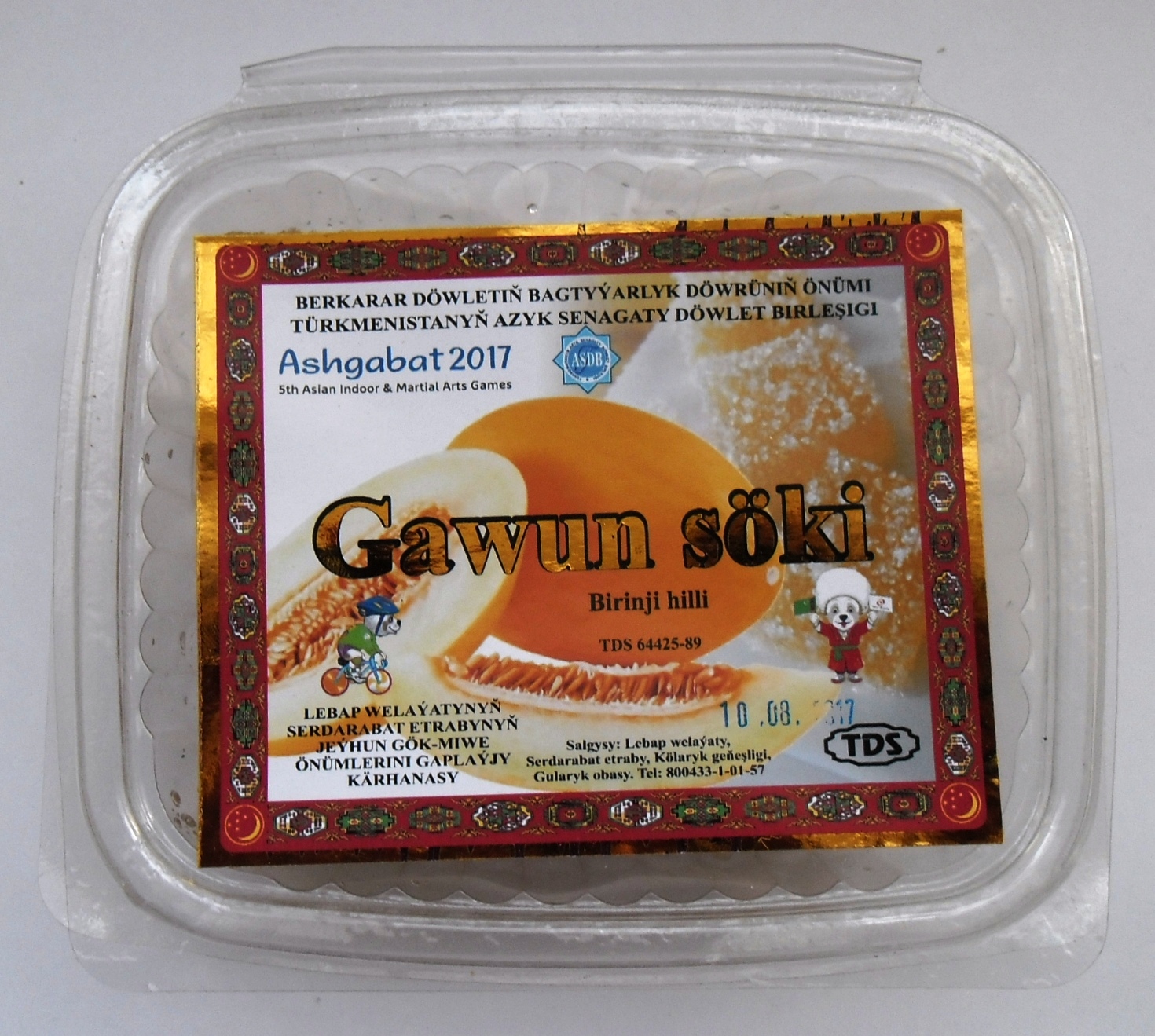 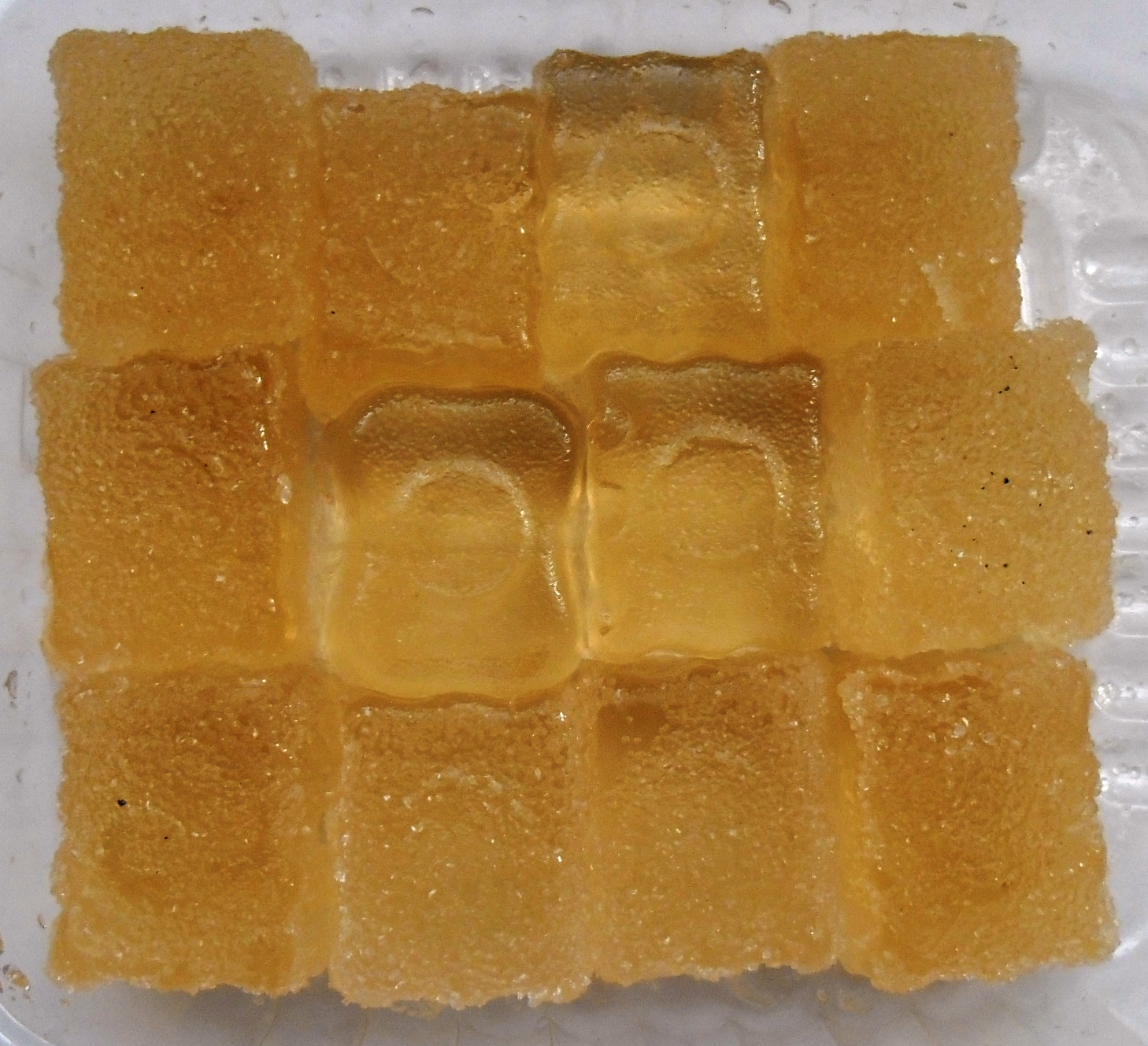 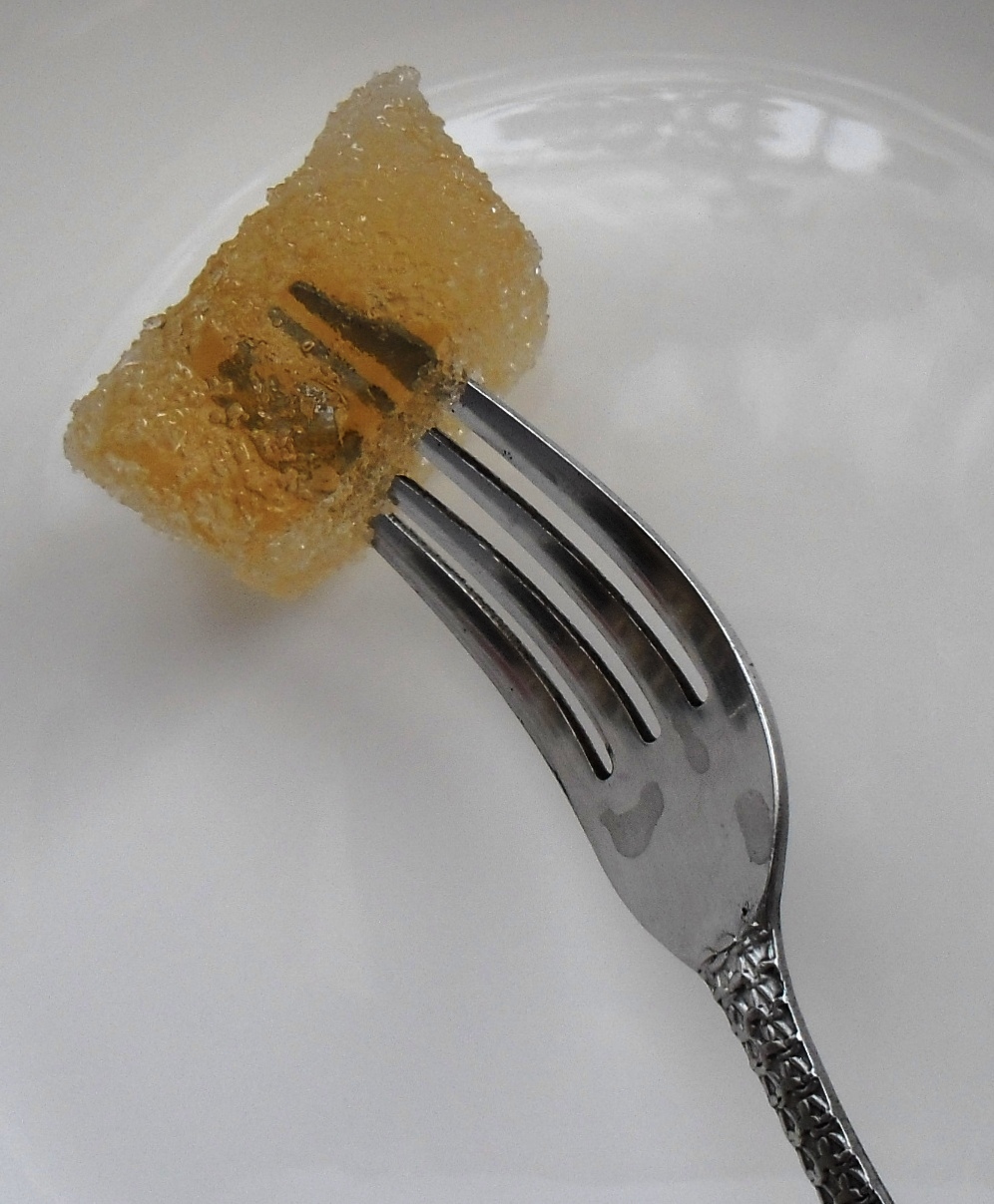 With some adjustments it can be brought to the category of the Turkish Delight (Locum).

By removing the sprinkled sugar and adding solubility to its physical properties, it can be sold as natural sweetener.

By adding the extract of green tea to the cubes, it is readymade melon-tea.

By bringing its consistency to somewhere between syrup and jelly, it can be bottled and sold as flavor enhancer for a wide variety of sweet dishes.

These are just some of the possibilities inherent in this particular product of melon. The producers would hopefully study more and come up with universally appealing versions of this product.

In some markets, melons are very expensive. In Japan, melons routinely sell for up to USD 1000 a pair. In 2012, a pair of prized melons was sold in Yubari city of Japan for Pound Sterling 8000.

The public-private partnership in Turkmenistan must focus on the development of the downstream product range of melon and market it in attractive packaging to make the best of this wonderful gift of nature.

The melons are the vehicle that can propel Turkmenistan straight to the future on the momentum provided by the Games. /// nCa