Home » An afternoon with dogs

It was love at first sight. — we forgot promptly that we were there to cover an event, not to fall in love with the smol puppers.

Acting totally unprofessionally, we picked the fluffy yappers, danced with them, cuddled them, hardly listening to Batyr Mohammedov, the consultant at the newly established dog breeding centre in Ahal province.

Wednesday afternoon (6 November 2019), the participants of the International Conference “Rational use of water resources – key for achieving the Sustainable Development Goals” were taken by the foreign office to the dog breeding complex in Annew district of Ahal province, and later to a water reservoir, and a greenhouse complex in Buzmeyin district of Ashgabat. We were allowed to tag along.

The dog breeding complex – Turkmen Itlary – is an ambitious project. It aspires to not only preserve the traditional dog breeds of the Turkmen people, mainly the Alabay sheepdog, but also to identify the stronger and stable strains and improve on them.

The purpose is to combine and augment the best traits of an Alabay – absolute faithfulness, kindness to the children, courage to face any threat, and the ability to thrive under all kinds of conditions and circumstances.

The lessons learned here would be applied when establishing such breeding centres in each province of Turkmenistan.

The centre is a well planned complex of facilities, including the lab, the veterinary services, the individual pens, the areas for the socializing of dogs, the nursery, the training areas, and the small enclosure for dog shows.

The centre is located in an open space near the foothills of the Kopetdag Mountain, with no settlements nearby. This affords the possibility of letting the Alabays run free because this breed loves to run at top speed in open spaces. It is also their exercise in agility and pursuit.

The Alabays have traditionally protected the shepherd and the flocks against the wolves and other predators such as snakes.

In the present times, Alabay is increasingly required to be a team member for the purposes that are simultaneously ancient and modern. The border security force of Turkmenistan has especially trained Alabays that can work as part of the team or sometimes on their own for short periods.

Some Alabays are experimentally trained to sniff and point out narcotics, explosives, and other contraband items. This is a new area for Alabay and its trainers.

Alabay has sharp memory and can easily recall and recognize the people from its early months in life. It also remembers the pleasant and unpleasant interactions with the people, and with other dogs. While it is capable of great love, it can also hold grudges.

An important characteristic of Alabay is that except when its owner or their family is in immediate danger, it doesn’t initiate an attack. It just stares menacingly, with bared teeth and an impressive growl. Or, it just blocks the exit path. However, if the threatening individual – person or dog or any other creature – doesn’t retreat, it starts the fight. When it fights, it fights decisively.

Alabay can jump across high walls. With its athletic build, we have seen the incidents where an Alabay jumped over the boundary wall over three meters in height. This happens only when it perceives an exceptionally alarming situation on the other side of the wall. However, mostly it respects the boundaries it has been assigned.

Batyr Muhammedov, who has vast experience in dog breeding and training, said that studies would be made to match the different strains of Alabay with different kinds of roles. This would be the first such endeavor to identify and develop the specialized talents of each strain of Alabay rather than treating it as an all-purpose, greatly beloved, sheepdog.

Alabay is a playful breed. It can play rough and it can play gentle. And, it knows precisely the force of bite to apply according to the strength and tolerance of the playmate.

It is also a great prankster. Once we saw an Alabay sneak behind a small dog and bark thunderously, furiously. The little doggo was horror-stricken and jumped into the arms of its human. The Alabay gave some short woofs, the equivalent of a hearty laughter.

The Alabay can breed twice a year. It means that within the next six months we should be able to see the first puppies being born at the centre from the parent stock that has been selected from across the country.

Almost all the doggos that we saw at the centre were textbook specimens – wide chest, strong paws, clear and alert eyes,

I asked Batyr whether it would be possible to acquire a pupper from the centre. “Never. Don’t even think about it,” he said.

When we arrived, the dogs were silently watching us. When we were leaving they were barking. Alabay is not a habitual barker. We want to imagine that they felt some of the love we have for them.

Here are some pictures from the delightful afternoon spent dancing with fluffy little things: 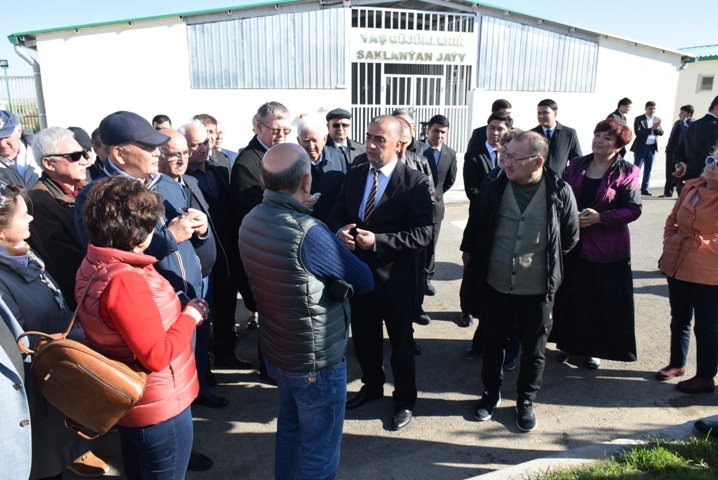 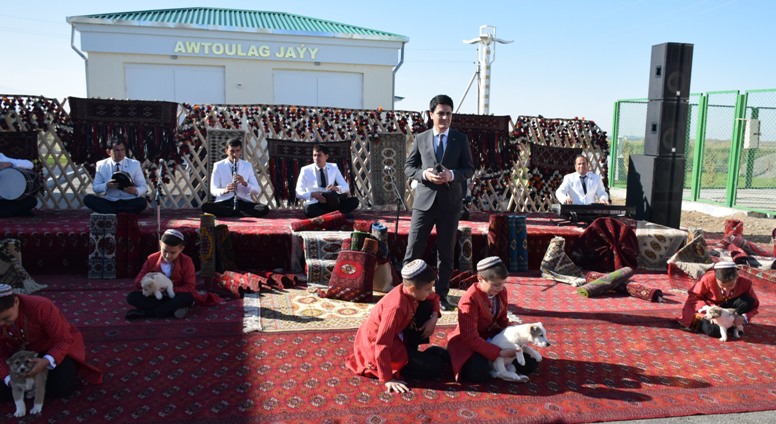 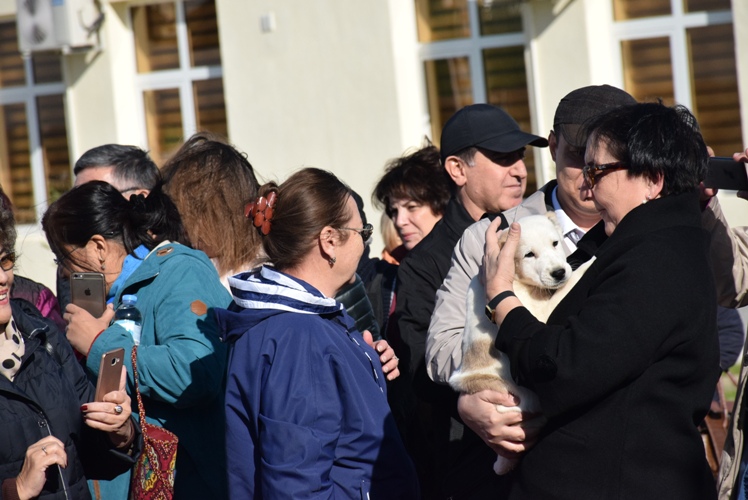 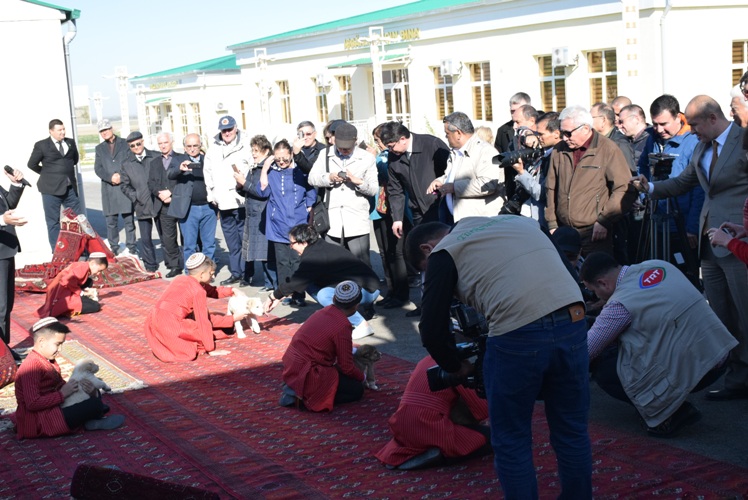 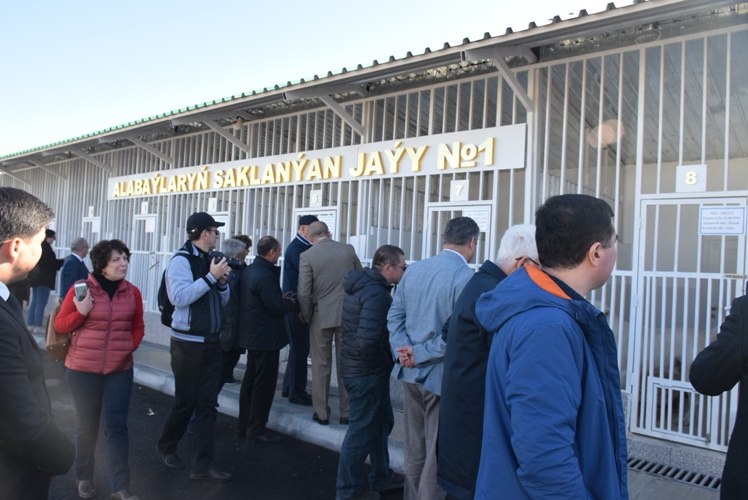 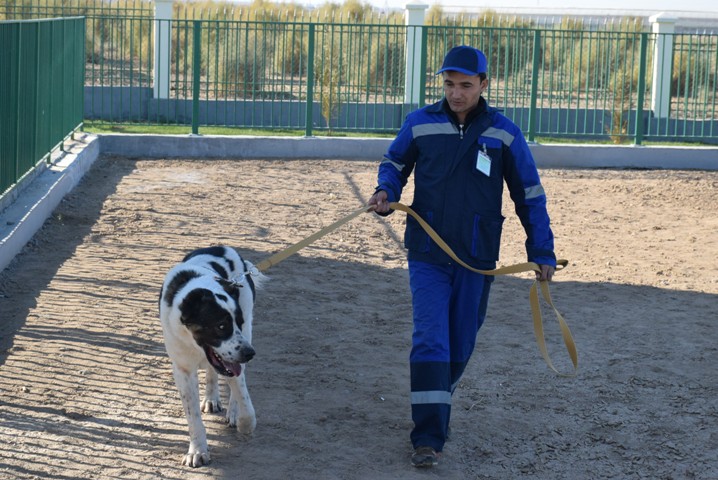 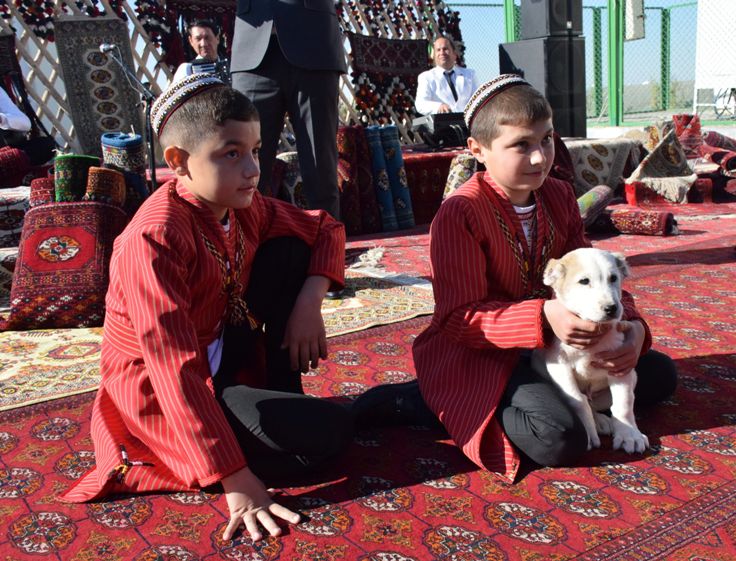 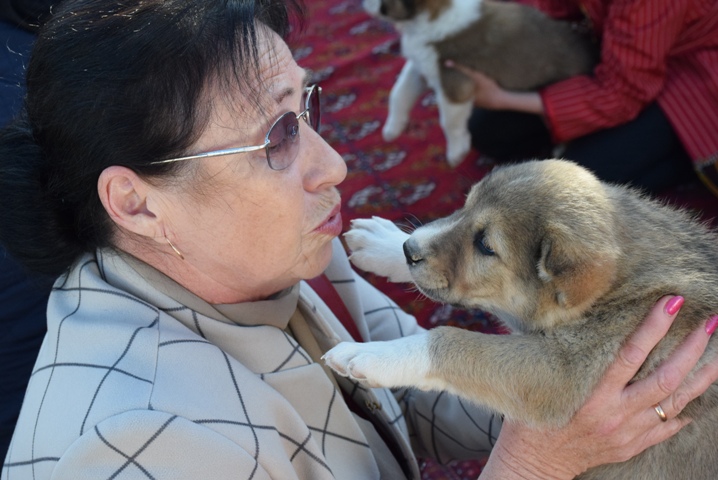 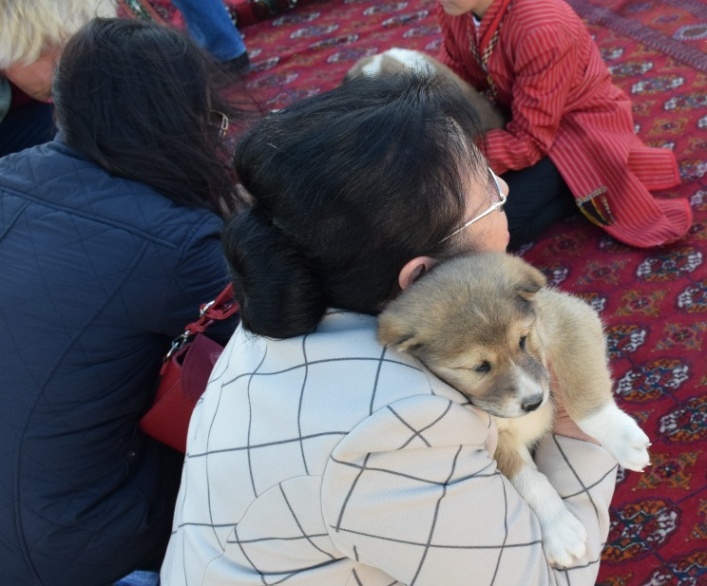 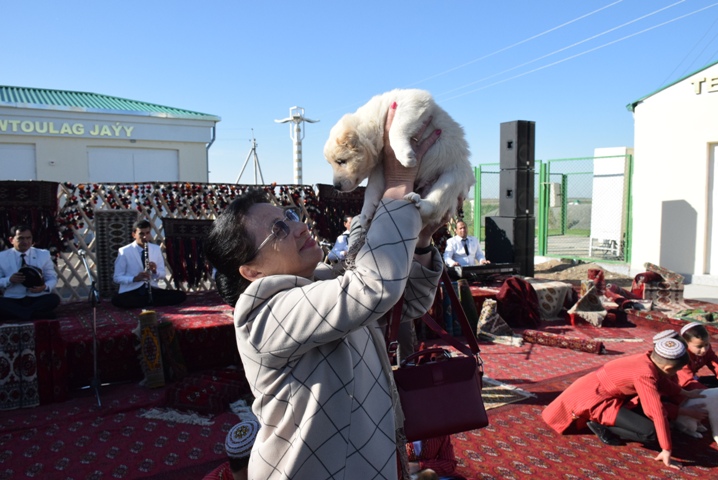 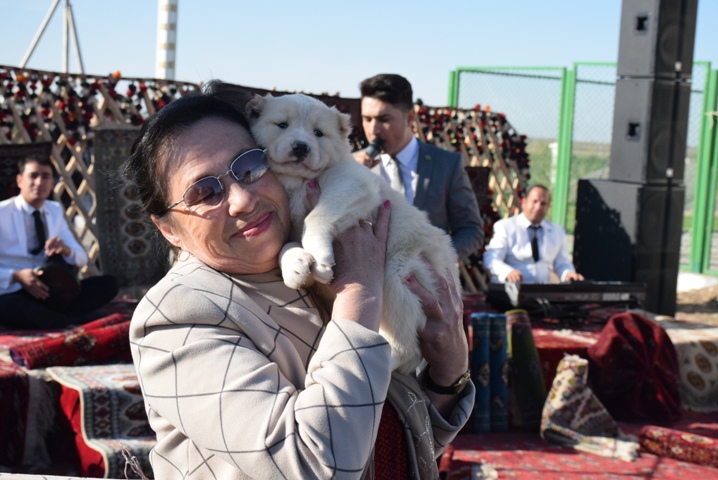 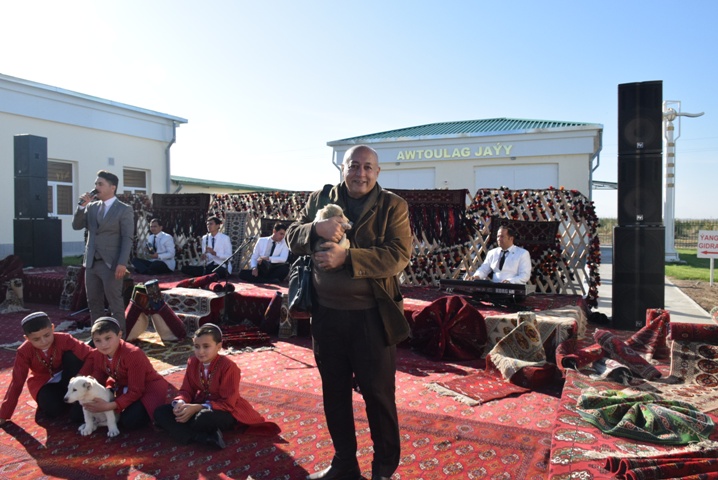 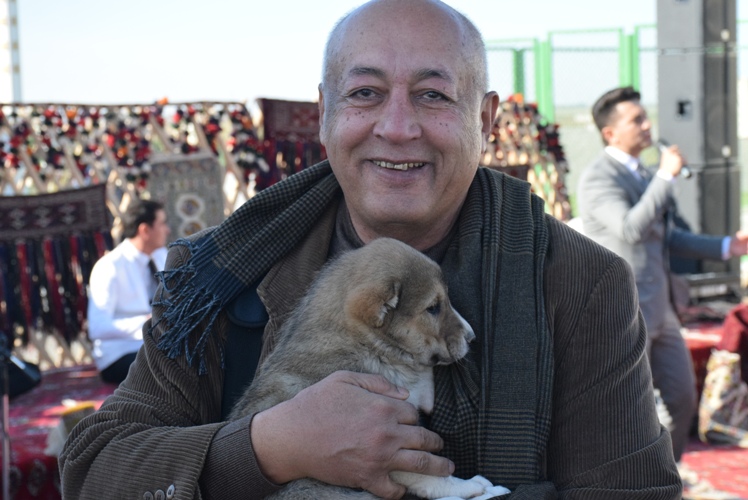