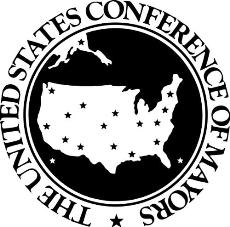 BALTIMORE, June 17, 2011 — The nation’s mayors, led by Conference President and Burnsville, MN Mayor Elizabeth Kautz, will announce the introduction of a resolution, calling to end the Afghanistan War and re-direct spending for job creation this Friday, the beginning of their four-day annual meeting in Baltimore. On Monday, the final day of the meeting, the U.S. Conference of Mayors will vote on the Afghanistan resolution, as well as release an employment report for 363 metro areas, published in conjunction with Global Insight. Also, on Monday, Los Angeles Mayor Antonio Villaraigosa will be inaugurated as the new President of The Conference.

For a full listing of pre-registered mayors, go to: http://www.usmayors.org/79thAnnualMeeting/preregisteredmayors.asp.

All press MUST pre-register to gain access the Conference’s Annual Meeting by logging onto: http://usmayors.org/79thAnnualMeeting/press_registration.asp.

SOURCE The U.S. Conference of Mayors