The energy and infrastructure cooperation between Korea and Turkmenistan has taken a key place on the agenda of the meeting of Chairman of the Halk Maslahaty Gurbanguly Berdimuhamedov with President of South Korea Yoon Suk Yeol in Seoul, on 29 November 2022.

According to the administration of the Korean President, the meeting discussed prospects for the development of bilateral relations, including ways to promote economic cooperation between the two countries, celebrating the 30th anniversary of the establishment of diplomatic relations this year. 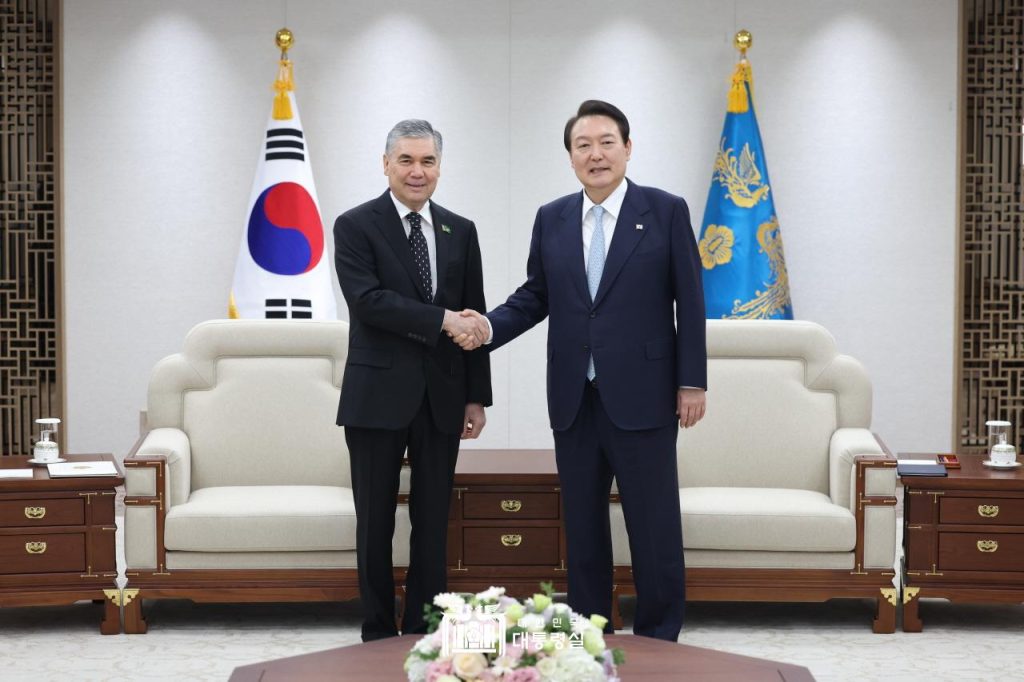 “Cooperation between the two countries has greatly expanded during the presidency of Senator Berdimuhamedov,” President Yoon said.

He also stressed that “Turkmenistan, a country rich in natural resources, with the fourth largest natural gas reserves in the world, and Korea, with excellent technologies, have complementary economic structures.”

In turn, Gurbanguly Berdimuhamedov expressed hope that Korean companies will further expand their participation in major energy and infrastructure projects of Turkmenistan. 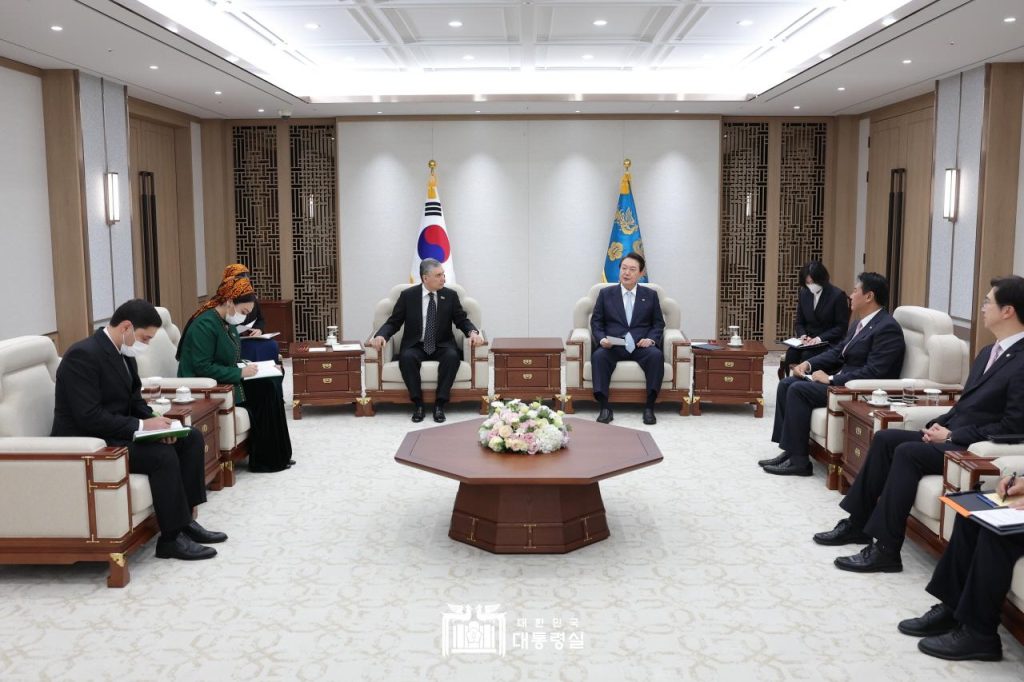 He recalled that Korean business has successfully participated in many projects in the energy and infrastructure sectors, such as the construction of a gas purification plant at the Galkynysh field in Turkmenistan.

During the talks, the sides also touched upon issues of humanitarian cooperation in such areas as sports, tourism, medicine, and the study of the Korean language in Turkmenistan.

Berdimuhamedov conveyed to the Korean leader a message from President Serdar Berdimuhamedov inviting him to visit Turkmenistan. ///nCa, 29 November 2022