Home » TAPI may provide transit of Kazakhstani gas to Pakistan 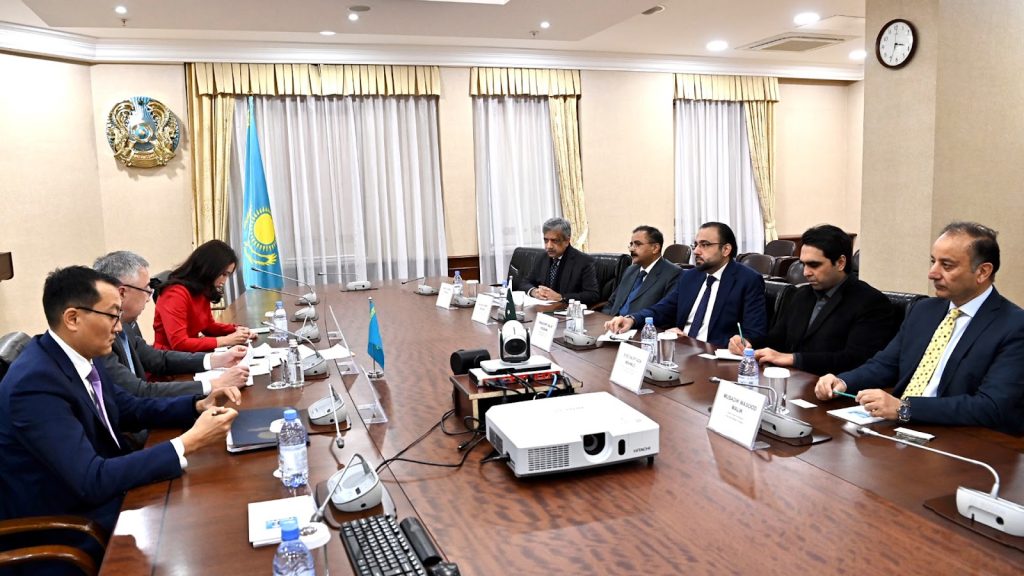 Prospects of cooperation in the energy sector between Pakistan and Kazakhstan were discussed at the meeting of Deputy Prime Minister – Minister of Trade and Integration of Kazakhstan Serik Zhumangarin with the Federal Minister for Industries and Production of Pakistan Syed Murtaza Mahmud.

In particular, the matter is the possible transit of gas using the capacities of the Turkmenistan-Afghanistan-Pakistan-India (TAPI) gas pipeline, the press service of the Prime Minister of Kazakhstan reports.

“Our energy needs are growing every year. The market of Pakistan is very capacious, the country’s population is over 200 million people. We do not have minerals, but we have favorable transport links, railway infrastructure,” Murtaza Mahmud said.

The Pakistani side announced its readiness to provide Kazakhstan with access to the sea and to the markets of the Persian Gulf countries through the port of Gwadar.

The parties agreed to discuss the cooperation issues in detail at the 11th meeting of the Joint Intergovernmental Commission, which will be held in Islamabad in December this year.

The growing energy crisis is forcing Pakistan to search for new suppliers, including in the Central Asian region.