During the meeting, issues of the Turkmen-American dialogue were discussed. Donald Lu confirmed the US interest in strengthening interstate relations with Turkmenistan.

The sides noted that this year marks the 30th anniversary of the establishment of diplomatic relations between Turkmenistan and the United States. Currently, the two countries are developing contacts in the political, diplomatic, trade, economic, cultural and humanitarian spheres. 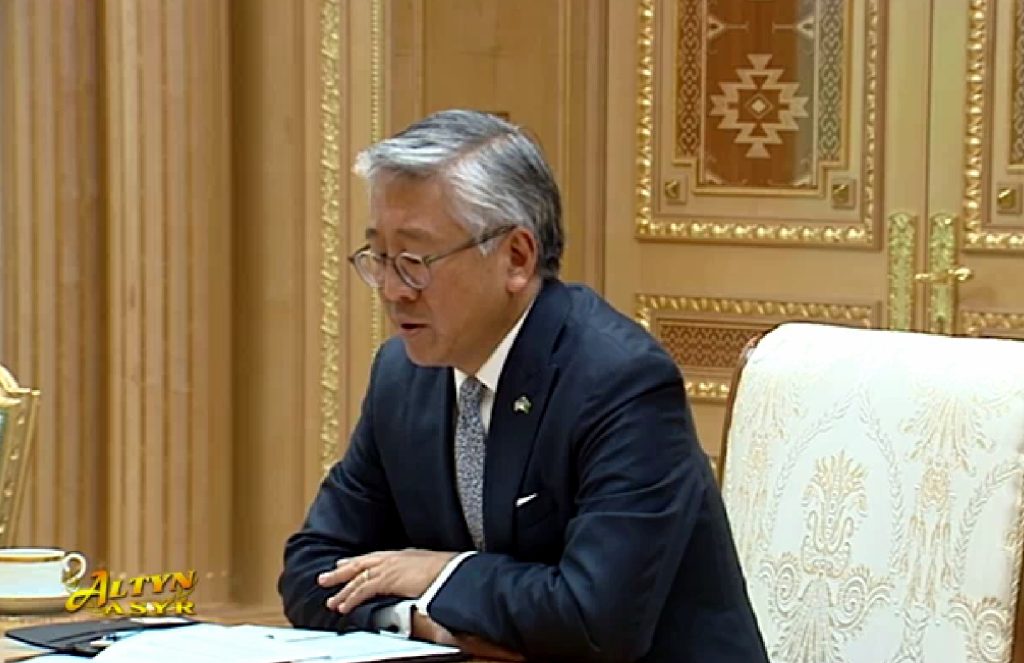 The USA and Turkmenistan will continue multi-vector cooperation both in bilateral and multilateral formats, within the framework of international organizations, including the UN, the sides stressed.

It was emphasized that Turkmenistan, whose neutral status has been twice confirmed by the UN General Assembly, makes a significant contribution to strengthening the dialogue of mutual understanding and trust in the world arena.

The Turkmen-USA Business Council was mentioned in the context of discussing the prospects of trade and economic partnership.

Turkmenistan’s consistent policy of “open doors”, a far-sighted economic strategy, a favorable investment climate created in the country determine the broad potential for effective cooperation and the attractiveness of the promising Turkmen market for American and foreign partners in general.

Special attention was paid to the issues of cooperation in the field of education and culture.

At the end of the meeting, President Serdar Berdimuhamedov and US Assistant Secretary of State for South and Central Asian Affairs Donald Lu expressed confidence that traditional Turkmen-American relations, based on the unwavering goodwill of the parties, will continue to develop dynamically. ///nCa, 8 November 2022