Putin presented the ex-president of Turkmenistan with the Order of Merit for the Fatherland of the IV degree.

“You have made a huge contribution to promoting bilateral ties between our countries. This applies to our relations in all areas, including both the humanitarian and economic dimensions. It is with your personal and direct involvement that Russia-Turkmenistan relations reached a very high level of a strategic partnership, just short of becoming an allied relationship,” he said. 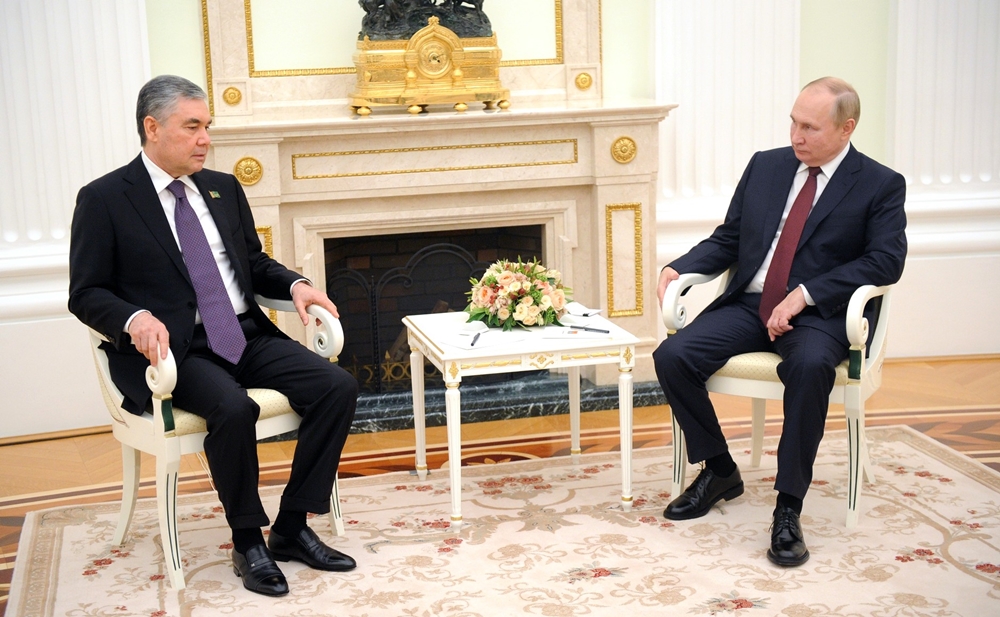 Putin also stressed that dynamics of relations remains the same under the new President Serdar Berdimuhamedov.

“We have established very good relations with him on a personal level, and there has been a lot of positive momentum in the relations between our countries lately. Of course, you were the one who laid the foundation for this. We expect Turkmenistan to maintain its traditional policy toward Russia as formed under your leadership,” he added.

Regarding the decision to award the Chairman of the People’s Council of Turkmenistan with the state award of Russia, the President of Russia stressed that this is a very high award, which fully corresponds to the contribution that was made to the development of interstate relations.

In turn, Gurbanguly Berdimuhamedov noted the intensification of inter–parliamentary ties between the two countries, as evidenced by a historical document – an agreement on the establishment of an inter-parliamentary commission for cooperation. 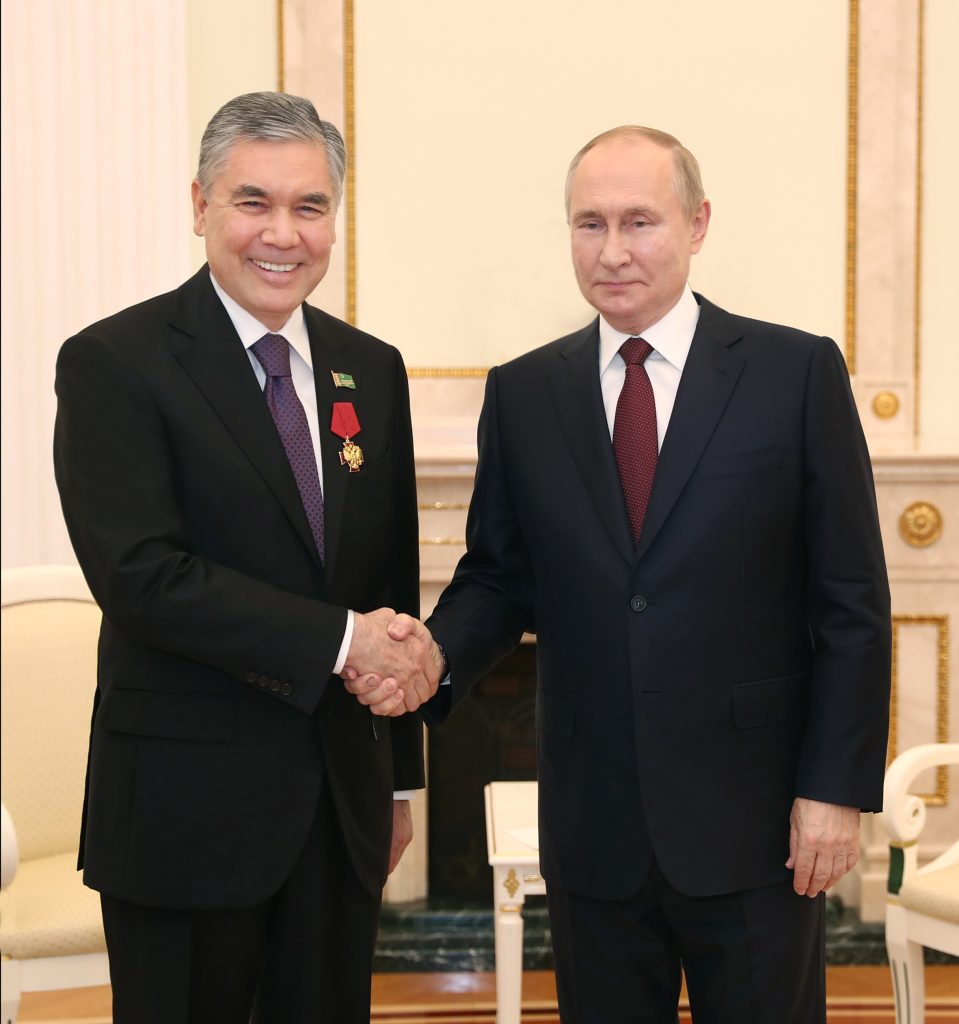 “It is also a great honour for me – I would even say it is one of those rare days in a person’s life, a historic and significant day for me – that you awarded to me a very high state decoration of the Russian Federation, the Order For Service to the Fatherland, IV degree. This is a symbol of the ties that truly exist between the peoples of Turkmenistan and Russia, and once again proves that we have maintained neighborly ties, cooperation, and the entire scope of bilateral relations,” Berdimuhamedov said.

Chairman of the Halk Maslahaty of Turkmenistan, while on an official visit to Moscow, earlier met with Valentina Matvienko and addressed the session of the Federation Council.