Before the start of the Caspian Summit, the Presidents of Azerbaijan, Kazakhstan, Russia and Iran met with the ex-President of Turkmenistan Arkadag Berdimuhamedov, who celebrated his 65th birthday on 29 June.

Meeting with the Azerbaijani leader

During the meeting, President Ilham Aliyev stressed the high level of relations between the two countries in both bilateral and multilateral formats, said that the main goal is to deepen cooperation, further strengthen political interaction, and fully unlock the potential of cultural ties. 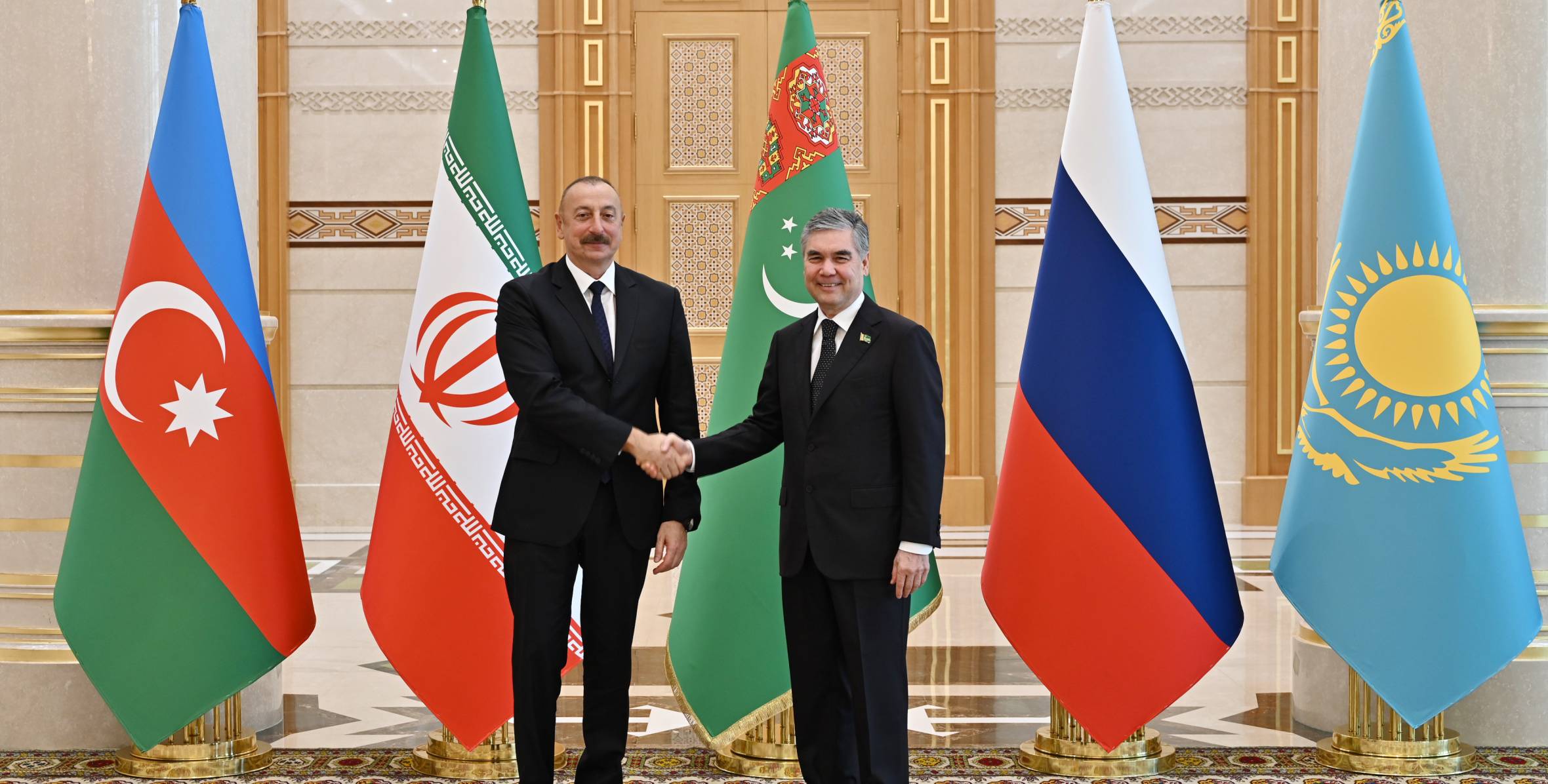 Touching upon the topic of cooperation in the field of transport and increasing cargo traffic between Turkmenistan and Azerbaijan through the Caspian Sea, Aliyev stressed that this serves the interests of both countries and their neighbors. Today, the transport route through the Caspian Sea is of particular importance. Modern seaports have been built in Turkmenistan and Azerbaijan, and large investments have been made in railway infrastructure, he noted.

The President of Kazakhstan congratulated Gurbanguly Berdimuhamedov on his birthday and noted that under his leadership Turkmenistan has achieved significant success in the socio-economic sphere. 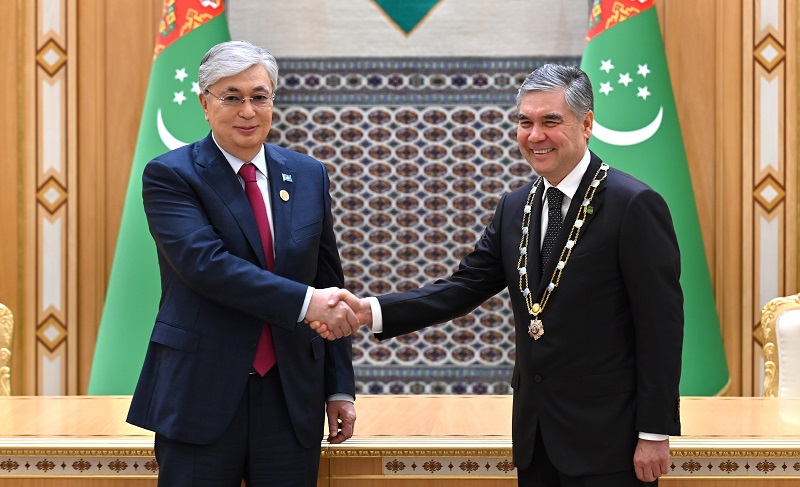 The Kazakh leader, emphasizing the significant contribution of Gurbanguly Berdimuhamedov to the strengthening of Kazakh-Turkmen relations, awarded him with the highest state award of the Republic of Kazakhstan – the Order of “Altyn Kyran” (Golden Eagle).

During the conversation, it was noted that for 30 years since the establishment of diplomatic relations, ties between Kazakhstan and Turkmenistan have reached the level of brotherhood and strategic partnership. The sides also highly appreciated the progressive development of bilateral trade, economic, cultural and humanitarian contacts.

Russian President Vladimir Putin congratulated Gurbanguly Berdimuhamedov on his anniversary and presented him with the chess by Zlatoust masters, two handmade sabers and a sculpture “The Returning Rider”, which was made by the great-grandson of the famous St. Petersburg sculptor Lanceray. 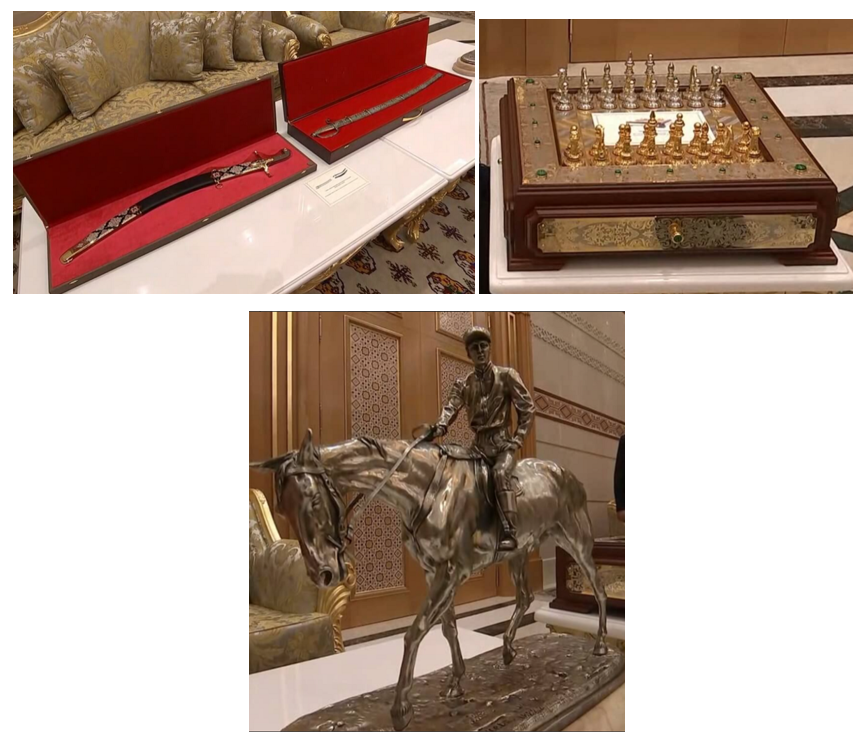 Relations between Tehran and Ashgabat have always been expanded by wise measures in recent years. This was stated by Iranian President Ebrahim Raisi, pointing to the 30th anniversary of the establishment of diplomatic relations between the two countries.

Raisi, while on a working visit to Turkmenistan to participate in the Caspian Summit, met with Chairman of the upper house of the country’s parliament Gurbanguly Berdimuhamedov. 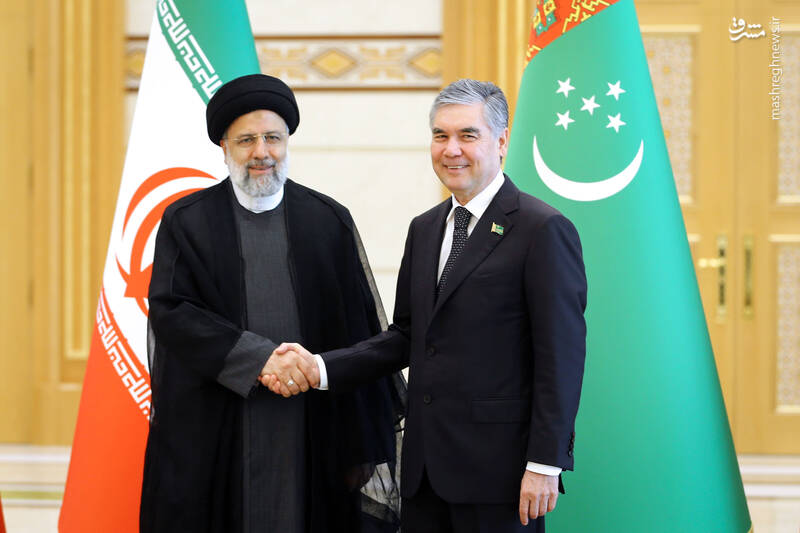 At this meeting, the head of the Iranian government announced his administration’s plan for the development of neighborly relations. “Broad cooperation between the two countries on the basis of mutual trust is developing rapidly,” he added.

Chairman of the upper house of the Parliament of Turkmenistan Gurbanguly Berdimuhamedov, in turn, thanked Iran for its efforts to strengthen ties with Ashgabat in recent months. Pointing to the common political, economic, trade and cultural opportunities of the two countries, he said that good ground has been prepared for the expansion of relations between Iran and Turkmenistan.

Berdimuhamedov stressed that Turkmenistan is striving to open a new chapter in bilateral relations with Iran. ///nCa, 30 June 2022