During the meeting, stressing that this year marks the 30th anniversary of the establishment of diplomatic relations between the two countries, the head of state confirmed Turkmenistan’s commitment to further fruitful cooperation with Georgia. 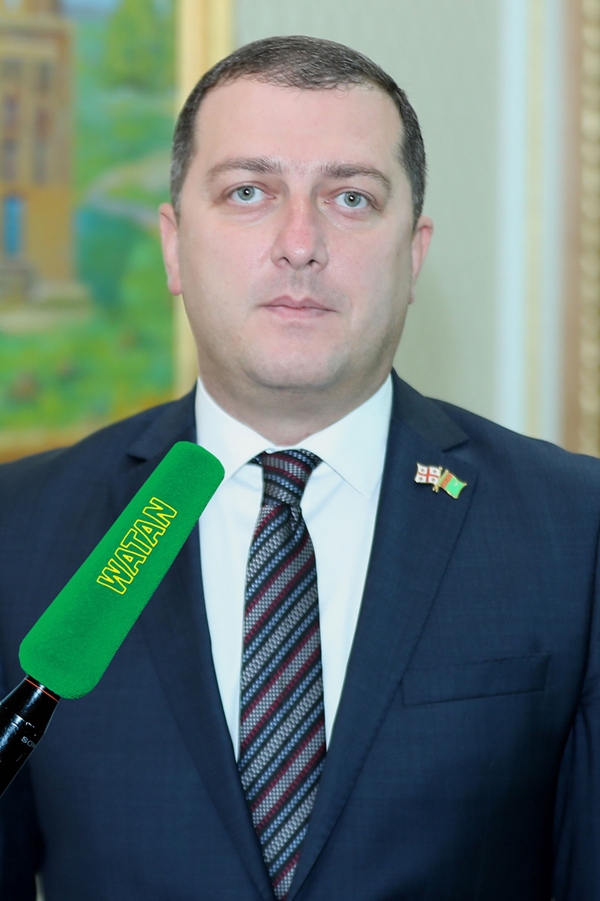 The parties discussed the current state and prospects of cooperation, both in bilateral and multilateral formats, in particular, within the framework of the United Nations.

Among the key areas of cooperation, the parties highlighted the trade and economy, where the joint Intergovernmental Commission plays a significant role.

Touching upon the cooperation in the field of transport, the sides noted the favorable geographical position of both countries and the shared interest in projects to create multimodal transport and transit corridors using the capabilities of the Caspian and Black Sea regions.

The energy sector was mentioned as the relevant area of partnership between Turkmenistan and Georgia.

Special emphasis was placed on the importance of intensifying ties in the humanitarian sphere. ///nCa, 27 October 2022