Home » Prime Minister of Georgia paid a visit to Turkmenistan

President of Turkmenistan met with Prime Minister of Georgia

The sides discussed the deepening of the relations between two countries in joint projects, transport and energy sector.

Discussion was focused on the transport projects and their further advancement. 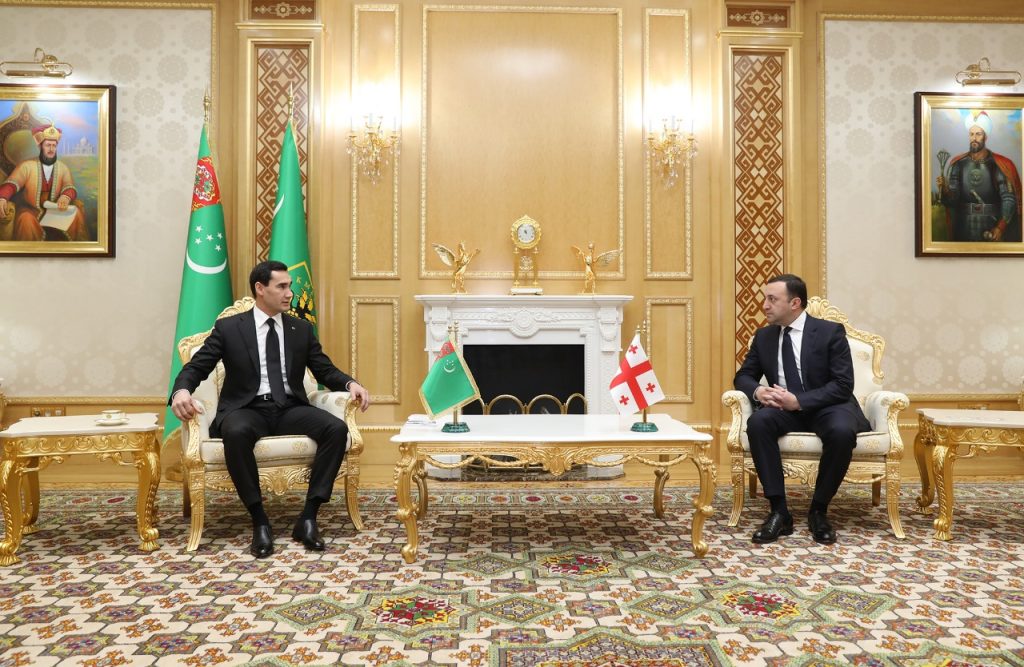 It was noted that implementation of strategic projects increases the effectiveness and security of cargo shipments between Asia and Europe through the Caspian and Black Seas, promoting trade and economic relations, advancing regional links and connections.

Georgia is investing a lot in the construction of new roads and railway, and building up capacities of marine ports. Therefore, use of a corridor traversing Georgia towards the Black Sea will be favorable for Turkmenistan, said Garibashvilli.

The sides focused also on the strategic partnership in the energy sector. ///nCa, 21 July 2022

The sides discussed in detail the topics of bilateral and multilateral relations, including in the trade-economic, transport, energy, logistics, tourism areas, as well as the development of cooperation within the international organizations. 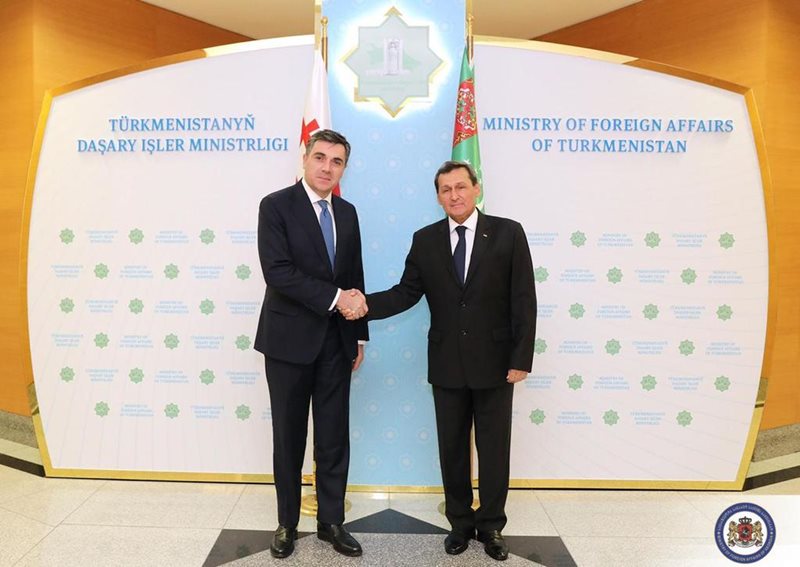 Special attention was paid to cooperation within regional transport-transit corridors. In particular, it was noted that new opportunities in this area create prospects for significant strengthening of future interaction.

The sides highlighted that the signing of the 2023-2024 programme of cooperation between the Ministries of Foreign Affairs of Georgia and Turkmenistan will further contribute to the strengthening of bilateral cooperation on foreign policy, expansion of bilateral economic ties, improvement and development of the international legal framework.

At the meeting, the ministers congratulated each other on the 30th anniversary of the establishment of diplomatic relations between Georgia and Turkmenistan, which was celebrated on 16 July 2022, and emphasized the high level of bilateral dialogue developing dynamically in all directions during this period.///MFA Georgia, 20 Jul

Georgia and Turkmenistan have signed an agreement on launching direct flights connecting the countries and increasing cargo turnover between them, Georgia’s Ministry of Economy announced on Wednesday.

Minister Levan Davitashvili, who is currently on a visit to Turkmenistan together with Prime Minister Irakli Garibashvili, said the country was “an important trade partner” for Georgia.

The Minister said as a country with a “significant chemical industry”, Turkmenistan was interested in Georgia’s transport corridor and logistics infrastructure for exporting its products.

This is an opportunity to increase additional cargo turnover. We are talking about several million tonnes of additional cargo flow using the Georgian corridor. This important agreement has been reached, and I hope that in the near future additional shipments will appear from Turkmenistan to Georgia”, Davitashvili said.

The Minister said he had also discussed cooperation in the field of energy with Turkmen officials.