On 13 October 2022, the 6th Summit of the Conference on Interaction and Confidence-Building Measures in Asia (CICA) was held in Astana under the chairmanship of President Kassym-Jomart Tokayev.

The key outcome of the summit was the adoption of the Astana Declaration, which laid the foundation for a full-scale transformation of the CICA from a platform into a powerful international organization with a powerful voice and strength in addressing issues of regional stability and security.

“The forecast that the XXI century will be the century of Asia has become a reality today. Asia has become a recognized world economic leader in nominal GDP and purchasing power parity. The region has significant human and natural resources. Asia is home to 21 of the 30 largest cities in the world. Only $1 trillion of the estimated $30 trillion growth in middle-class consumption by 2030 is expected to fall on Western economies. However, the future of Asia depends on our collective readiness to enhance the dialogue between cultures, traditions and worldviews. I am sure that the steps taken to develop the CICA correspond to this goal,” Tokayev said, speaking at the summit

The transformation of the CICA into a “full-fledged international organization” has become one of the priorities of Kazakhstan in the year of its chairmanship. Thus, last year the CICA Catalogue of Confidence-building Measures was revised, which included new focus areas of cooperation, such as epidemiological security, healthcare and pharmaceuticals, information and communication technology security.

Following the results of the summit in Astana, the CICA Foundation was established, which will select projects and collect voluntary funds for their implementation. The number of observers and partners has grown. Last year Turkmenistan joined the CICA as an observer, and this year Kuwait has has been granted membership. Decisions were made to establish cooperation with the Eurasian Economic Union and the Association of Southeast Asian Nations (ASEAN). 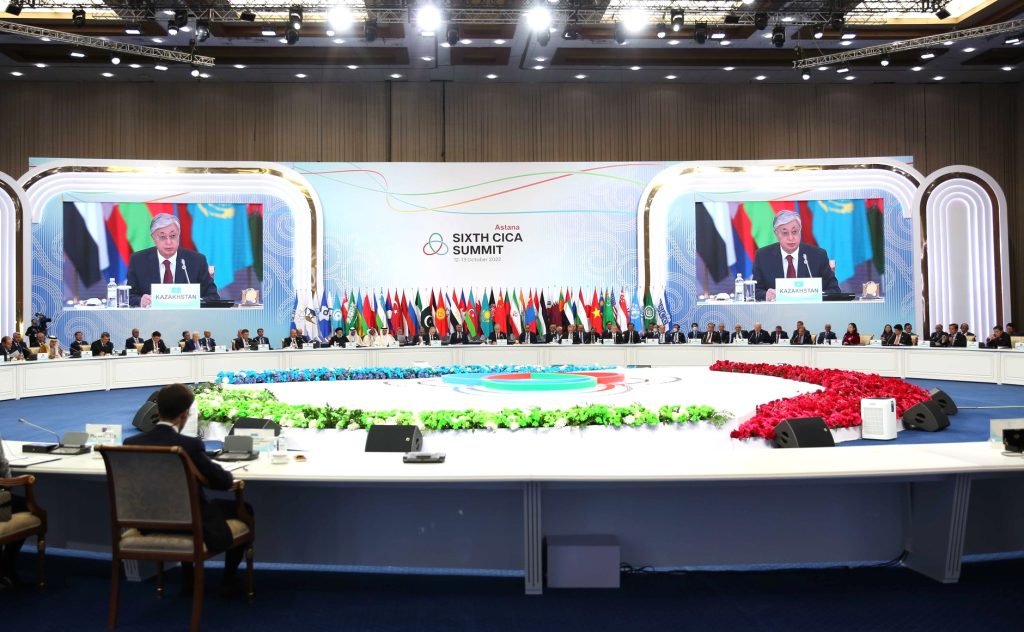 “The maturity and effectiveness of the CICA as a regional platform for political dialogue serves as a starting point for its further transformation. The member States have repeatedly discussed and agree in principle that the CICA already functions de facto as an organization. I would like to emphasize that we are not creating a new organization, but are moving to a new stage of institutional development. Raising the status of the meeting will strengthen the increased role of Asia in world affairs and bring the interaction of the member states to a new level,” the President of Kazakhstan said.

The Astana Statement – outlines the following actions for the further transformation of this platform into an organization:

Deputy Chairman of the Cabinet of Ministers – Minister of Foreign Affairs Rashid Meredov took part in the CICA summit in Astana on behalf of Turkmenistan.

In his speech, Meredov recalled that Turkmenistan proposed to officially declare 2025 the Year of Peace and Trust. In this regard, Turkmenistan appealed to the CICA countries to support this initiative.

In addition, the Foreign Minister of Turkmenistan drew attention to the need to solve the refugee problem, which also concerns Asian countries.

Turkmenistan became an observer of the CICA in June 2021.

Final documents of the summit