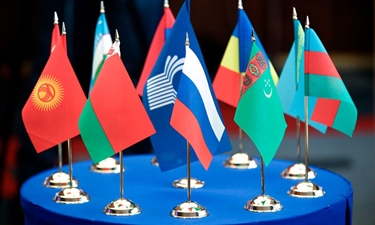 Within the framework of the current chairmanship of Kazakhstan in the Commonwealth of Independent States, a Summit of CIS heads of state will be held in Astana on 14 October 2022.

The leaders of Azerbaijan, Armenia, Belarus, Kyrgyzstan, Russia, Turkmenistan, Tajikistan, Uzbekistan, as well as the Chairman of the Executive Committee – the CIS Executive Secretary are expected to participate in the event, the official representative of the Kazakhstan Foreign Ministry said during a briefing on Monday.

The CIS Summit will be one of the key events within the framework of Kazakhstan’s chairmanship in this organization.

For the first time in the post-pandemic period, heads of almost all CIS member states will take part in this important summit in person.

During the event, it is planned to discuss topical issues of cooperation on the Commonwealth platform, consider and adopt a number of documents aimed at further development and strengthening of integration ties in the trade, economic, cultural and humanitarian spheres, as well as in the field of security.

Moreover, the heads of state plan to adopt a statement on the development of cooperation in the field of culture, initiated by Kazakhstan.

A number of international agreements providing for cooperation between electoral bodies, as well as on anti-corruption issues, will be approved.

The Summit will consider the issue of transfer of the CIS chairmanship in 2023 to Kyrgyzstan and holding a regular meeting of the Council of heads of state in Bishkek.

Traditionally, on the eve of the Summit on 12 October, a regular meeting of the Council of Foreign Ministers of the Commonwealth countries will be held in Astana.

The foreign ministers will consider draft documents to be submitted for signing at the upcoming CIS Summit, as well as the meeting of the Council of CIS Heads of Government scheduled for 28 October in Astana. ///nCa, 10 october 2022