Home » Political consultations began between Turkmenistan and the United States

Today, on December 15, 2020, three-day political consultations between the Foreign policy agencies of Turkmenistan and the United States of America in the format of a video conference started.

The main vectors of bilateral cooperation are on the agenda, in particular, security issues, trade and economic ties, the humanitarian spectrum. 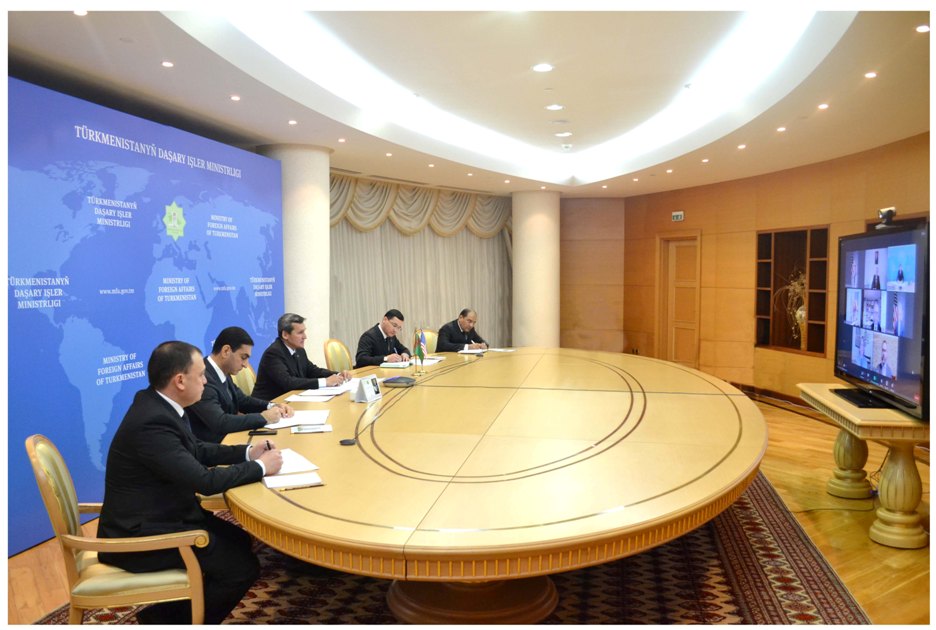 Opening the meeting, Minister of Foreign Affairs of Turkmenistan R.Meredov outlined the Turkmen-American relations, which are acquiring positive dynamics of development. It was noted that President of Turkmenistan Gurbanguly Berdimuhamedov highly characterized the relations of Turkmenistan with the United States at the last meeting of the Government. In particular, noting that “the United States is one of the important trade, economic and foreign policy partners of Turkmenistan, with which interaction is carried out in the field of ensuring regional security, combating serious threats and challenges, as well as in other areas.”

On the first day of political consultations, cooperation in the field of security was discussed. The parties reviewed the results of interaction and outlined priority areas of cooperation for the future.

The principle of security integrity was voiced, which Turkmenistan adheres to on the basis of its neutral status. It was noted that Turkmenistan came up with a number of initiatives to ensure security in Central Asia and the Caspian region, primarily within the framework of the UN.

Cooperation in the field of border protection and combating illegal drug trafficking was considered. It was emphasized that Turkmenistan is an active participant in almost all international legal acts in the field of countering drugs, as well as the first country to ratify the agreement on the establishment of the Central Asian Regional Information and Coordination Center (CARICC). Also, Turkmenistan is a member of the UN Commission on Narcotic Drugs for 2020-2023.

The parties discussed issues of regional and international security, emphasized the growing threat of terrorism in the world.

Particular emphasis is placed on peace building in Afghanistan. The initiative of the President of Turkmenistan on the country’s readiness to provide its political space for the establishment of peace negotiations between the Government of Afghanistan and the relevant parties was emphasized.

In this context, the effectiveness of interaction formats such as “Central Asia + USA” and “Turkmenistan-USA-Afghanistan” was highlighted.

During the meeting, the parties expressed their commitment to further strengthening cooperation in ensuring security, including through cooperation between the specialized structures of the two countries.