Home » SerdarGB is on visit to Samarkand to participate in the SCO summit – meetings with Uzbek, Chinese and Russian counterparts 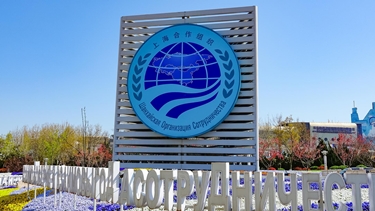 President Serdar Berdimuhamedov arrived Thursday, 15 September, in Samarkand, Uzbekistan, to participate as an honorary guest in the summit of the Shanghai Cooperation Organization.

The main event – the SCO summit – will be held on September 16 under the chairmanship of Shavkat Mirziyoyev in the congress hall of the new tourist center of Samarkand “The Great Silk Road”.

The summit will consider topical issues of further building up multilateral cooperation, practical aspects and priority tasks for the development of the SCO. An exchange of views on international and regional issues will take place.

Cooperation with the Shanghai Cooperation Organization, whose priority is the maintenance of peace, security and stability in the region, is of great importance for Turkmenistan. Turkmenistan has had a long history of working with the nations that make up this organization, and several significant joint projects have been completed or are in the process of implementation.

In addition, cooperation with the SCO, which enjoys great influence on the Eurasian continent, has great prospects in the context of the development of interregional ties, serving the tasks of maximizing the existing potential for the full development of national economies and their successful integration into the system of world economic relations.

On the first day of the visit, the Turkmen leader met with the Presidents of China, Russia, Uzbekistan, as well as SCO Secretary General.

The head of Turkmenistan visited the Mausoleum of the first President of Uzbekistan Islam Karimov in the Khazrati Khizr memorial complex.

In the evening, President Serdar Berdimuhamedov planted a tree in the Park of Honored Guests.

On the morning of 15 September, President Xi Jinping met with Turkmen President Serdar Berdimuhamedov in Samarkand.

President Xi Jinping said that since China and Turkmenistan established diplomatic relations 30 years ago, the two countries have enjoyed sustained, sound and steady growth of bilateral relations, and the strategic partnership has reached a high level. 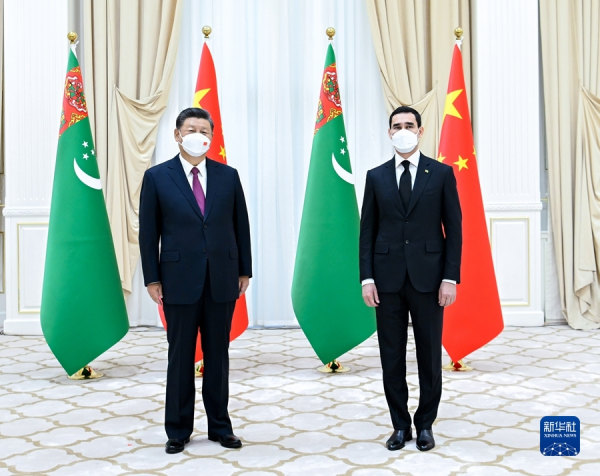 China always views China-Turkmenistan relations from a strategic and long-term perspective, respects Turkmenistan’s independently chosen development path that suits its own national conditions, and opposes any external interference in Turkmenistan’s internal affairs and process of stability and development.

China will continue to work with Turkmenistan to firmly support each other, advance bilateral relations and deliver more benefits to the two peoples.

President Xi emphasized the need for the two sides to increase the size and scale of natural gas cooperation and inject new impetus into the development and revitalization of the two countries.

He noted the need to accelerate cooperation in non-resource fields and to synergize the Belt and Road Initiative (BRI) with Turkmenistan’s strategy to revive the Great Silk Road. 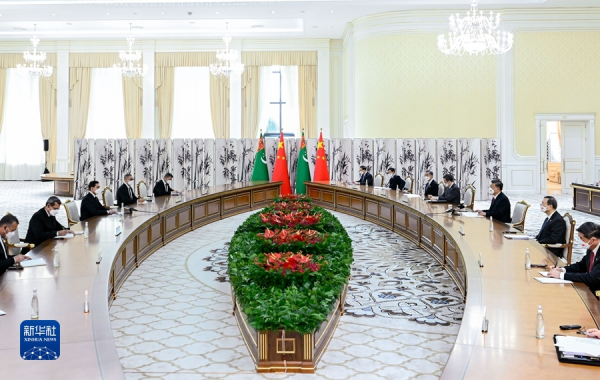 The two sides need to deliver on mutually setting up cultural centers as soon as possible to provide a new platform for people-to-people and cultural exchanges between the two countries. The Chinese side is ready to set up a Luban workshop in Turkmenistan at an early date and continue to strengthen COVID response cooperation with Turkmenistan.

The Chinese side is ready to strengthen cooperation with the Turkmen side within the China+Central Asia (C+C5) Meeting mechanism, implement the Global Development Initiative and Global Security Initiative, enhance international coordination, uphold the converging interests of the developing countries, and contribute to world peace and development.

President Serdar Berdymukhamedov expressed his conviction that under the wise leadership of President Xi Jinping, the 20th CPC National Congress will draw a blueprint for China’s future development and guide China toward more great achievements.

Since the establishment of diplomatic relations between Turkmenistan and China 30 years ago, bilateral relations have developed smoothly and cooperation in various fields has been expanding. Turkmenistan highly values its strategic partnership with China, and is ready to further deepen mutually beneficial cooperation with China in various fields including economy and trade, natural gas, cross-border transportation, and people-to-people and cultural exchanges.

Turkmenistan supports a series of major initiatives put forward by China, which are conducive to maintaining international peace and security and achieving the sustainable development goals of the United Nations.

Turkmenistan is ready to work with China to build stronger synergy between the BRI and Turkmenistan’s strategy to revive the Great Silk Road, and closely cooperate with China within multilateral frameworks of the United Nations, the C+C5 Meeting mechanism and so on.

Putin: The strategic partnership with Turkmenistan exists not only on paper

“The level of strategic partnership that has developed and is fixed in the relevant documents, not only takes place on paper, but in fact it happens in life,” Russian President Vladimir Putin said during a meeting with President Serdar Berdimuhamedov.

The head of Russia noted Gurbanguly Berdimuhamedov’s great contribution in the development of Turkmen-Russian relations. 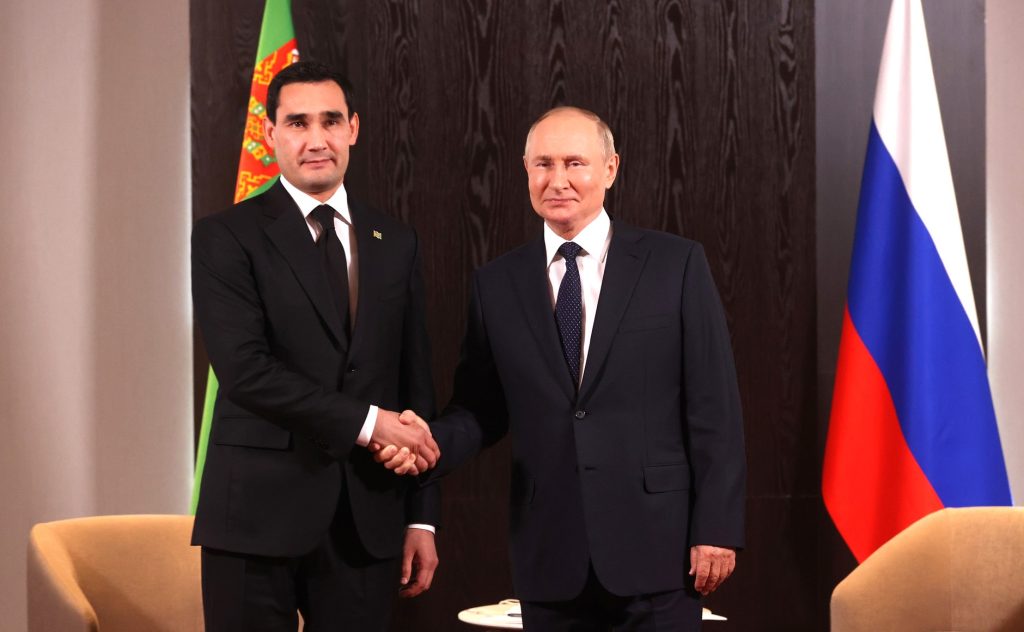 As it was reported at the meeting, the parties are currently working on the implementation of the agreements that were reached during the visit of the Turkmen leader to Moscow on 10 June. At that time, 14 intergovernmental and interdepartmental documents were signed in various fields.

“The economy is obviously of the utmost importance for the growth of our relations among all of this. We’ll advance our ties to a new level. This is provided for by the Declaration signed by us on deepening strategic partnership,” Putin said.

He also focused on the role of energy cooperation in the development of bilateral relations.

“Our leading company in this field, Gazprom, has been working productively in Turkmenistan for many years. In general, as far as I understand, Turkmenistan is satisfied with the situation, all agreements are being implemented. Another one of our companies has joined in this area  – Tatneft. The Pipe Metallurgical Company supplies a significant amount of the products you need to expand pipeline transport,” the Russian president said.

He also thanked for the support of the activities of companies with Russian participation – there are 190 such enterprises operating in Turkmenistan.

Agriculture and the textile industry were identified among the promising areas of the Turkmen-Russian partnership. Thus, according to Putin, Russia is ready to increase the supply of non-primary products to the market of Turkmenistan.

Turkmenistan and 60 Russian Federation subjects have quite diverse interactions, and many have signed agreements in the trade, economic, scientific, technical, and cultural domains.

During the meeting, issues of humanitarian cooperation were also touched upon. Putin expressed gratitude to the Turkmen side for supporting the initiative to support a new building of the State Russian Drama Theater in Ashgabat, as well as an additional building of the Russian-Turkmen Pushkin School.

He also expressed hope that plans to establish a Russian-Turkmen university will be implemented soon.

The high level of the two countries’ political ties, which had been proven by high-level reciprocal visits, was mentioned by the president of Turkmenistan. Contacts between the governments of the two countries are held on a systematic basis, interdepartmental consultations are also held on a regular basis.

Inter-parliamentary ties have also significantly strengthened. In May of this year, the first Inter-Parliamentary Forum of Central Asian countries and the Russian Federation was held in Ashgabat.

In addition, Gurbanguly Berdimuhamedov will visit the Russian Federation in October this year at the invitation of the Speaker of the Federation Council.

The President of Turkmenistan expressed gratitude to the Russian leader for the firm and unwavering support of Turkmenistan’s neutral foreign policy, initiatives put forward in the UN and other international structures.

President of the Republic of Uzbekistan Shavkat Mirziyoyev and President Serdar Berdimuhamedov noted that the traditionally close Uzbek-Turkmen relations of friendship, good neighborliness and strategic partnership have reached a qualitatively new level in recent years and have been filled with concrete practical content. 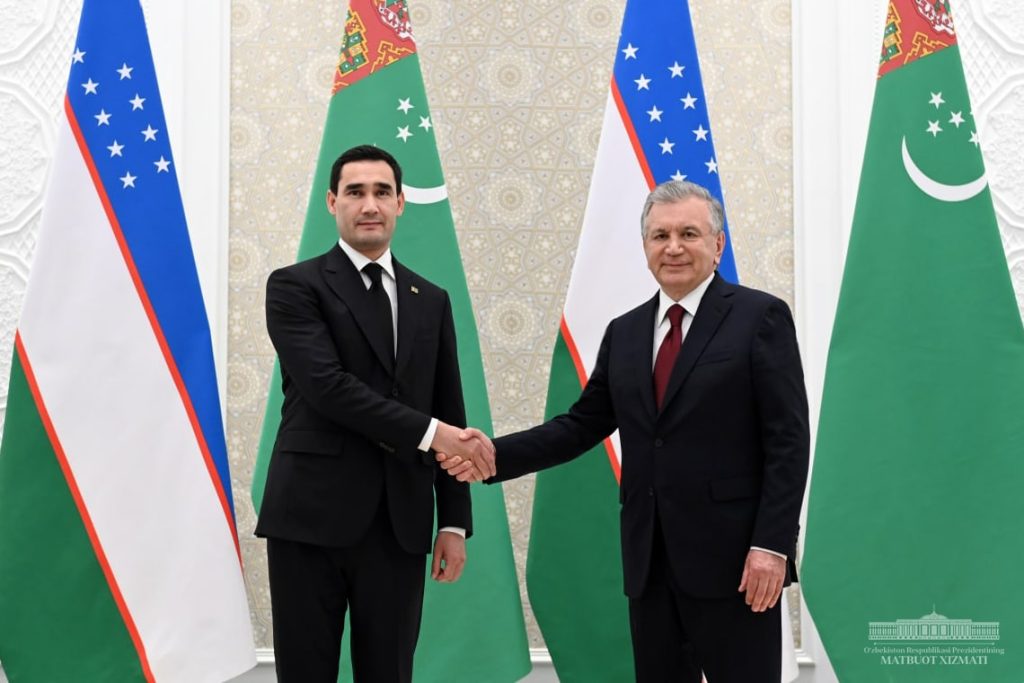 Attention was drawn to the steady growth of trade turnover, which has increased by 10 % since the beginning of the year.

Joint cooperation projects are being implemented in the fields of logistics, industry, agriculture and water management. Regional cooperation and cultural and humanitarian exchanges are expanding.

At a meeting with Secretary General Zhang Ming, President Serdar Berdimuhamedov noted that Turkmenistan’s interaction with the SCO is of particular importance, since the initiatives put forward by Ashgabat are similar to the goals and objectives of the Organization.

The head of Turkmenistan made a number of proposals concerning the country’s cooperation with this influential block.

“Turkmenistan has gained a lot of experience in the field of energy and is ready to share it, as well as participate in joint work on the implementation of specific energy projects with the SCO member states,” the Turkmen leader said.

In this regard, President Serdar Berdimuhamedov proposed to consider the possibility of establishing an ad hoc Working Group on energy issues between his country and interested SCO states.

In addition, the head of Turkmenistan made a proposal to create an interim Coordinating Council to ensure coordinated and effective work in the field of transport.

Another proposal is aimed at the economic component of interaction. The Turkmen leader, in particular, voiced the idea on the establishment of the Turkmenistan-SCO Business Council, which will host annual business meetings, exhibitions, and presentations of economic projects.

In turn, Ambassador Zhang Ming noted that the SCO highly appreciates Turkmenistan’s far-sighted and responsible approach to expanding and strengthening cooperation across its entire spectrum with the member states.

In conclusion, President Serdar Berdimuhamedov and SCO Secretary General expressed confidence that the next Summit of the Shanghai Cooperation Organization will be another important step towards further optimizing Turkmenistan’s cooperation with the SCO countries.///nCa, 15 September 2022