During the event, the parties confirmed their interest in close cooperation to ensure peace and stability in the Central Asian region, their readiness to take steps both on a bilateral basis and within the framework of existing integration mechanisms, primarily CIS, CSTO, EAEU, and SCO.

The sides also assessed the situation in Afghanistan. They stressed the need for cooperation in order to help the Afghan people and country’s authorities to avoid a humanitarian catastrophe and prevent the spread of terrorism and religious extremism in the Central Asian region. 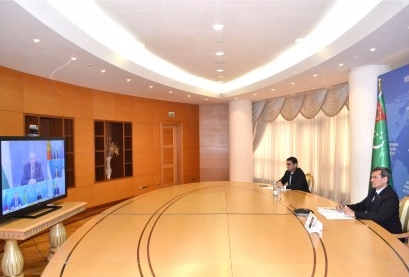 Foreign minister Meredov called the participants for an active cooperation on solving the Afghan problem and keep the pace of work in this direction.

Lavrov stressed the inadmissibility of deploying the US or allies’ military infrastructure near the borders of Afghanistan aimed at conducting over-the-horizon operations. Such a development of the situation will significantly destabilize the entire region, he added. 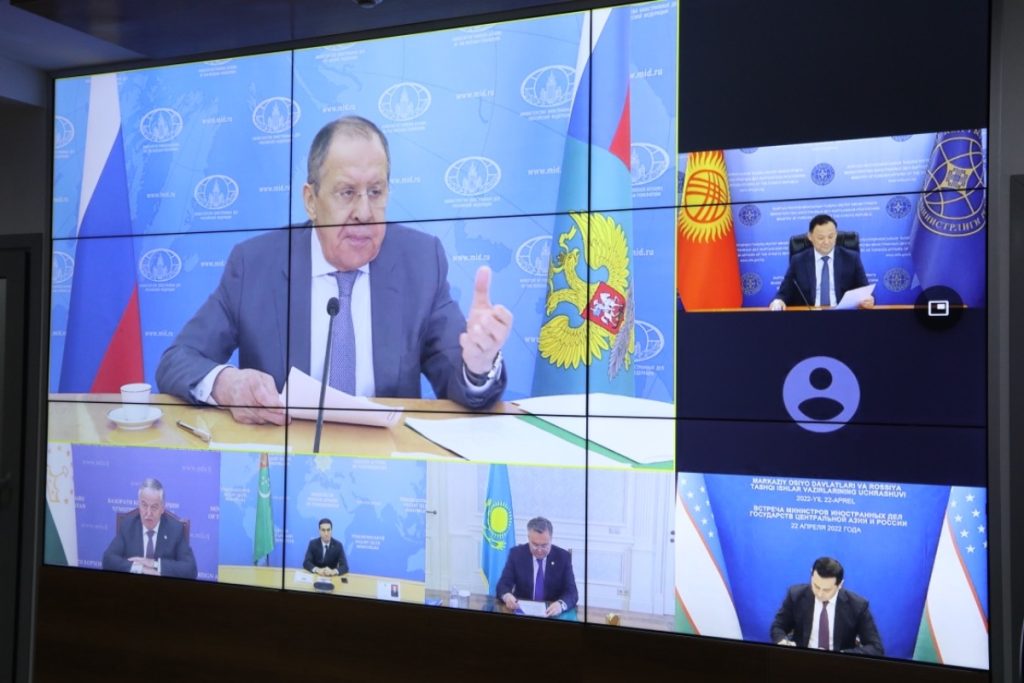 As the Russian top diplomat noted, attempts to return the unipolar world based on certain rules having no universal approval contradict the objective geopolitical landscape and the choice by sovereign nations of the circle and level of their partnership relations.

The Uzbek side confirmed its commitment to continue providing support to Afghanistan in addressing acute socio-economic problems, ensuring the security of the population and stability in the country.

Uzbekistan will further provide effective humanitarian assistance to the Afghan people, fulfill existing agreements on electricity supply, provide training to Afghan students and specialists in educational institutions of the country, as well as promote the implementation of joint infrastructure projects, Sardor Umurzakov said during his remarks.

The issues of economic cooperation with the focus on food, cyber and biosecurity, mutual trade came under the spotlight as well.

The foreign minister of Kyrgyzstan called for coordination of efforts to prevent further deterioration of the general economic situation in the region. To get out of the economic turbulence, the Kyrgyz side proposed removing restrictions on food exports, creating favorable conditions for cargo carriers, reducing various barriers and unreasonable border checks, resuming rail and automobile passenger traffic, and collaborating to develop existing and create new transport corridors.

The Uzbek side urged strengthening joint work on the building up technological potential, consolidation and mobilization of joint investment opportunities.

The most important areas of cooperation, according to Tashkent, can be the active promotion of trade and economic ties, ensuring food security by expanding and diversifying mutual supplies of desired products, the development of green corridors, and logistics opportunities.

Another topical issue was the coronavirus pandemic. In this regard, the Turkmen side recalled the initiative of Turkmenistan to establish a regional center for virology and bacteriology.

In general, the parties confirmed the effectiveness of the dialogue mechanism “Central Asia + Russia” and called for cooperation expansion into areas of mutual interest, including transport, energy, sanitary and epidemic welfare, national security at the level of heads of interested ministries and departments. The relevant proposals will be submitted for consideration by the leadership of the countries. /// nCa, 25 April 2022