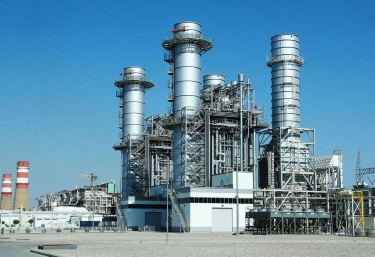 During the government meeting on Friday (25 Feb 2022), plans were presented for the converting three power plants to a combined production cycle. This step will be taken due to the intensive development of the national economy and an increase in the volume of electricity exports.

The matter is the transfer to co-generation of the country’s biggest gas turbine plant – 648.1 MW Ahal power plant. The second one is 254.2 MW Dashoguz power plant.

This project for both plants will be realized within the framework of the Memorandum of Understanding recently signed between the Ministry of Power Energy of Turkmenistan and ADB.

The options are being elaborated for upgrade of 432 MW Lebap gas-fired plant, built in the Chardjev district with the participation of the Japanese companies Sumitomo Corporation and Mitsubishi Hitachi Power Systems and the Turkish Rönesans Holding.

The basic principle of operation of a combined cycle power plant is as follows – the gas combustion in a gas turbine produces an energy, which is converted into electrical energy using a connected generator. At the same time, hot exhaust gases are formed along the process. The exhaust gas passes through a water-cooled heat exchanger, the steam is generated and sent to steam turbine. The steam turbine sends its energy to the generator, where it is converted into additional electricity.

If the efficiency of an open-cycle thermal power plant is only 35-45%, then the efficiency of combined cycle power plants is 55-60%, that is, 55-60% of the energy contained in the fuel is converted into electrical energy. In other words, with less fuel more electricity is generated, while harmful wastes will decrease.

Firstly, the country will realize the declared concepts of environmentally friendly production. The greenhouse gas emissions, such as carbon dioxide (CO2), nitrogen oxides (NOx) and sulfur dioxide (SO2), heat discharge into the atmosphere would be reduced significantly.

Secondly, the electricity output will get additional boost, as Turkmenistan aims to expand the geography of electricity exports to third countries, through Uzbekistan and Iran. Turkmenistan-Afghanistan-Pakistan power transmission line project is underway.

In 2018, the first combined combined-cycle power plant with a capacity of 1,574 MW was put into operation in Turkmenistan on the territory of the Mary power plant. /// nCa, 28 February 2022