You are here: Home / Articles And Reports / Historic Presidential Elections in Kazakhstan 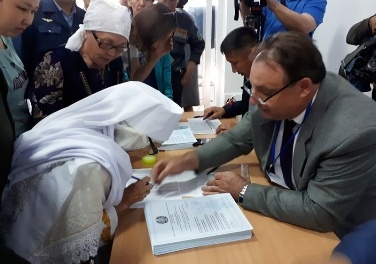 The presidential elections were held in Kazakhstan on 9 June 2019 with seven candidates in the race, one of them female.

The voter turnout was high. According to the election commission of Kazakhstan, 77.4% of the 12 million eligible voters cast their vote.

There were more than 1000 observers from many countries and organizations.

In addition to the 120 foreign journalists based in Kazakhstan, more than 200 journalists from a number of countries and media outlets covered the elections.

The observers declared the elections fair and transparent. 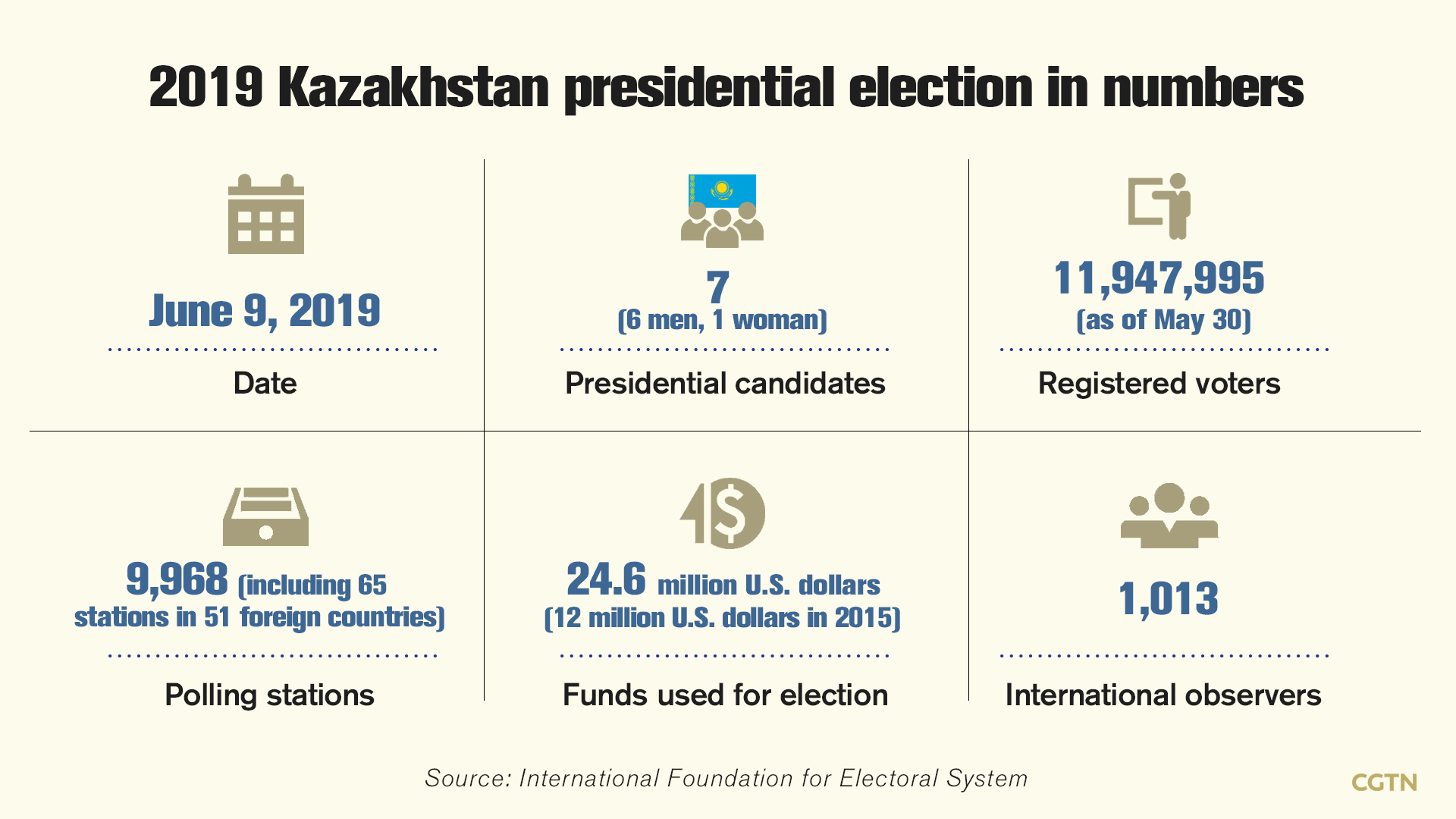 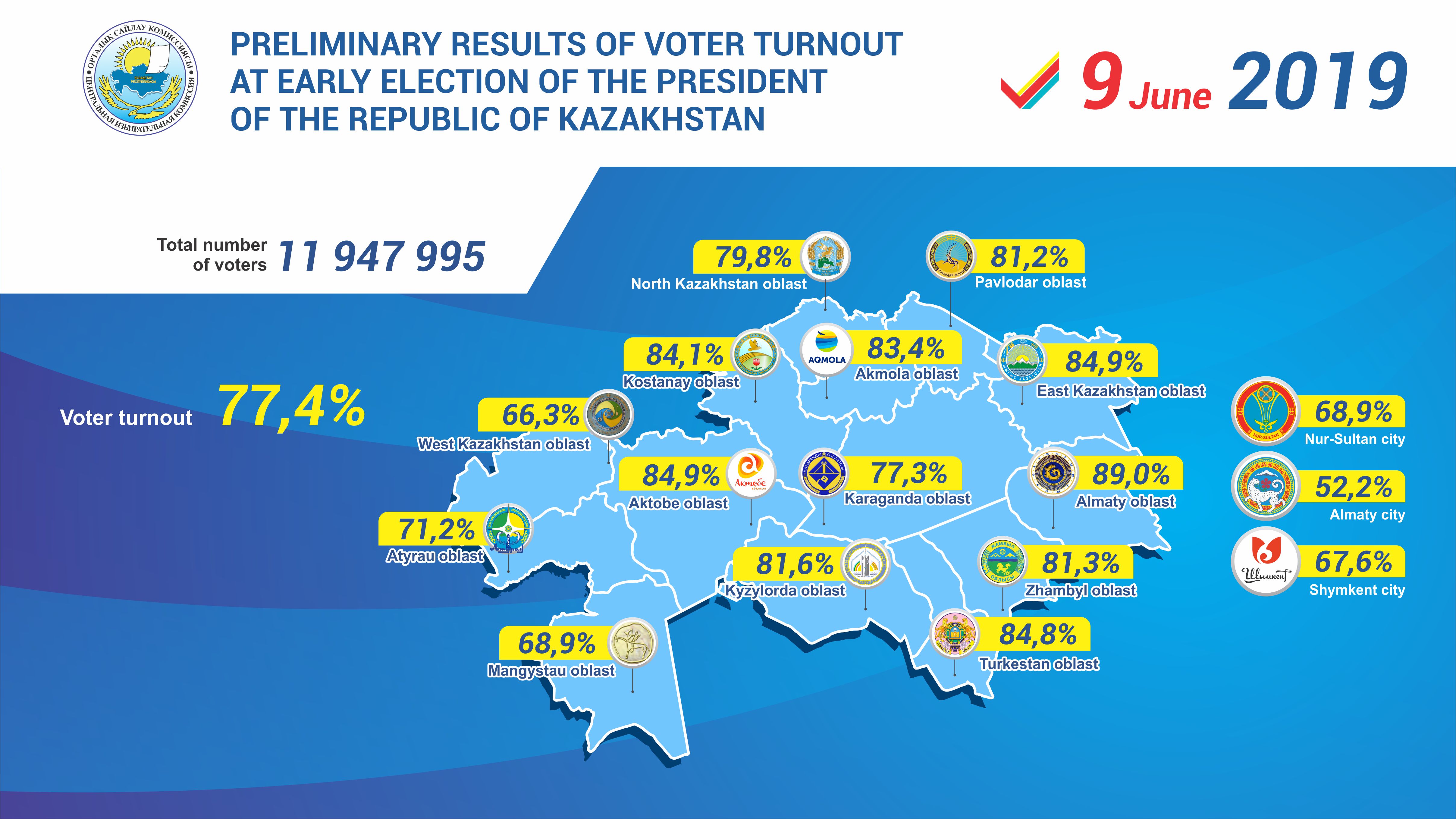 Although there were seven candidates, the results of the opinion polls announced on 5 June 2019, just four days before the elections, suggested that Kassym-Zhomart Tokayev was likely to win with nearly 73% of votes. The next candidates, Amirzhan Kosanov from the Fate of the Nation movement was trailing far behind with expected votes of 7.9%.

The poll was conducted by the Molodezh (Youth) Research Center.

Interestingly, in same opinion poll, 73.1% respondents said that they intend to vote. The fact that the voter turnout was more than 77% shows that a small percentage of eligible who made up their mind very close to the election day. This may impact the accuracy of the opinion poll by a few percentage points but the undeniable fact is that Kassym-Zhomart Tokayev is sure to win with very clear majority.

Based on the answers from the respondents it was predicted that the voter turnout will be high in Kyzylorda, Northern Kazakhstan, Turkestan and Akmola regions, and comparatively low in Almaty and Shymkent. — this tallies perfectly with the figures released by the election commission immediately after the elections.

There is the need to recognize the significance of these elections and as to why Kassym-Zhomart Tokayev was the winning candidate right from the start.

To understand this, we must look at what can be called the Nazarbayev Factor. 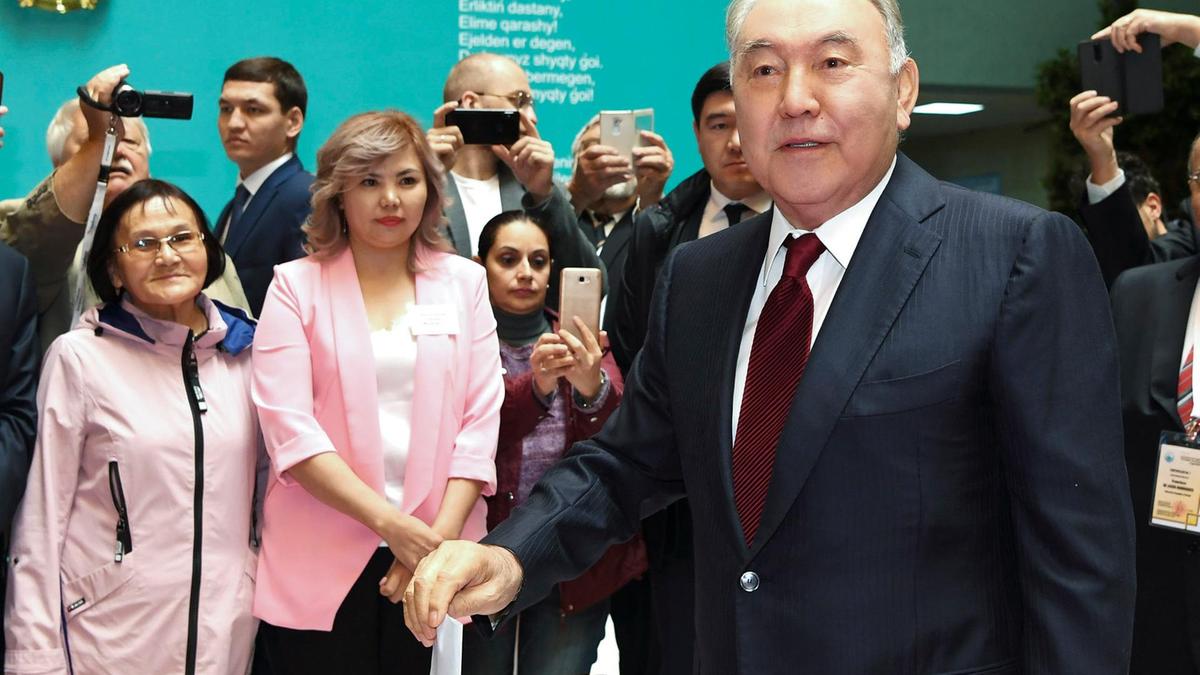 Nursultan Nazarbayev, the founding president of Kazakhstan and continuously in positions of authority for the last 50 years, stepped down on 20 March 2019. He temporarily handed the office of the president to Kassym-Jomart Tokayev, the speaker of the upper house of parliament.

The voluntary resignation of Nazarbayev was a rare phenomenon in the world and with no parallel example in the CIS space.

One can say that Yeltsin left his office to make way for Putin but actually there is no comparison between Yeltsin and Nazarbayev when it comes to voluntary vacation of the office.

Yeltsin was in poor health and not in full control of his faculties when he resigned. His popularity was disappointingly low during his last few months.

On the other hand, Nazarbayev was at the height of his performance and peak of his popularity at the time of his resignation. Even though he is more than 78, he is more agile and alert compared with many people half his age. 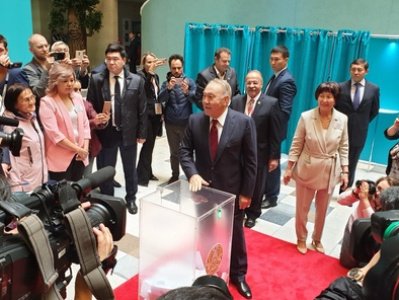 As he explained in his farewell speech, he was vacating the space for a new generation of leaders.

His choice of Kassym-Jomart Tokayev as the likely successor was not by accident or favoritism.

Tokayev holds a Doctorate in Political Science. He is the author of nine books and numerous articles on international affairs. He is a Fellow of the World Academy of Art and Science, a member of the Panel of Eminent Persons at the Munich Security Conference, an Honorary Professor of Shenzhen University, an Honorary Professor and Doctor of the Diplomatic Academy of the Ministry of Foreign Affairs of the Russian Federation, as well as a member of its Board of Trustees. He is also Honorary Dean of the Geneva School of Diplomacy and International Relations.

Tokayev is fluent in Kazakh, Russian, English and Chinese, and has knowledge of French.

People with the knowledge of history of the modern-day Kazakhstan know that Nursultan Nazarbayev successfully steered the country through wave after wave of challenges and crises. Every new challenge, every new crisis, after doing the initial damage, made the country stronger and more resilient. This is why the people of Kazakhstan on the whole trust Nazarbayev as the leader and the statesman. 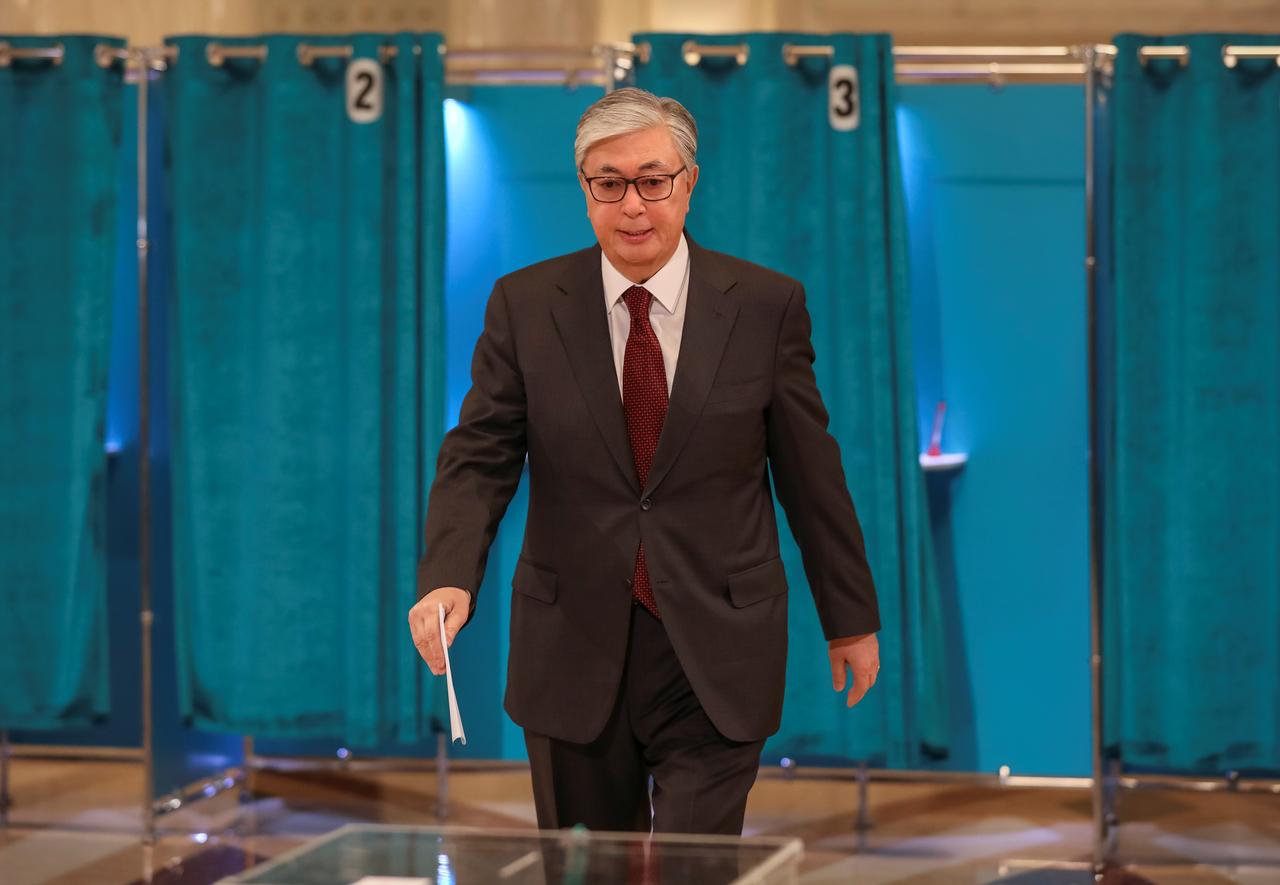 No wonder the people supported the continuity, as the opinion poll suggested, because they have seen their personal lives transform because of the policies of Nazarbayev. They would not risk any dent to their standard of living by voting for the unknown.

Tokayev is the guarantee for the continuation of the successful policies of Nazarbayev.

Therefore, it can be said with certainty that Nazarbayev Factor is why Tokayev is sure to win the elections.

Krishna Kengappa of the SCO Observation Mission said, “Our observers are working in 8 cities of Kazakhstan, in all regions. And the reports we receive from them are very positive. The atmosphere at the polling stations is good. And it is apparent that Kazakhstan prepared for the election very thoroughly and well.” American international observer Richard Weitz said, “The election is transparent. For me, it is a good sign.” 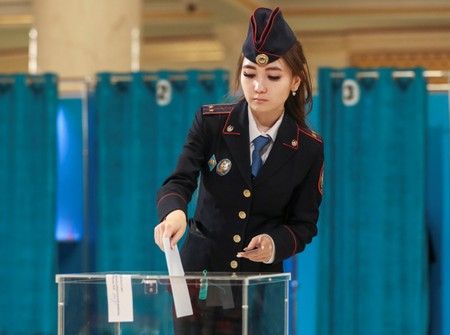 Vladimir Kravchenko, an international observer from Russia, said, “We, above all, looked for the answer to the question of whether there were violations at the polling station or not. From a technical point of view, there were certain circumstances. For instance, there were queues, perhaps, because most people came after 10 a.m. Some people could not find their names on the lists. However, it should be mentioned that these issues were resolved quickly.”

Violetta Teresa Porowska and Janusz Piechociński, the observers from  Poland said that the voter turnout was impressive and they did not notice any violations at the polling stations. They said that there were no obstacles for the international observers.

There were 227 journalists from 40 countries who arrived to cover the presidential elections. This is in addition to about 120 foreign journalists who are based in Kazakhstan. 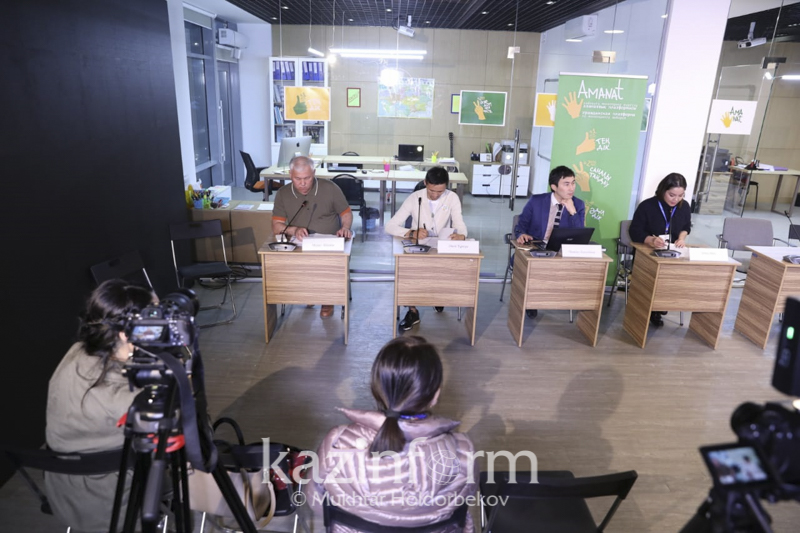 The presidential elections were historic in nature in different ways.

One couple decided to time their most important day in life with the presidential elections. 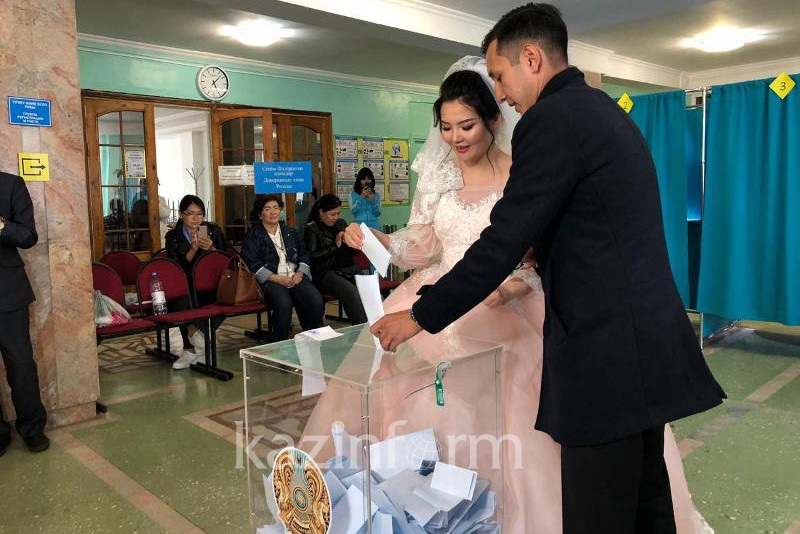 Miras Abdrakhman and Zhanel Berdalinova got married at the polling station No. 147 located in Lyceum No. 35. 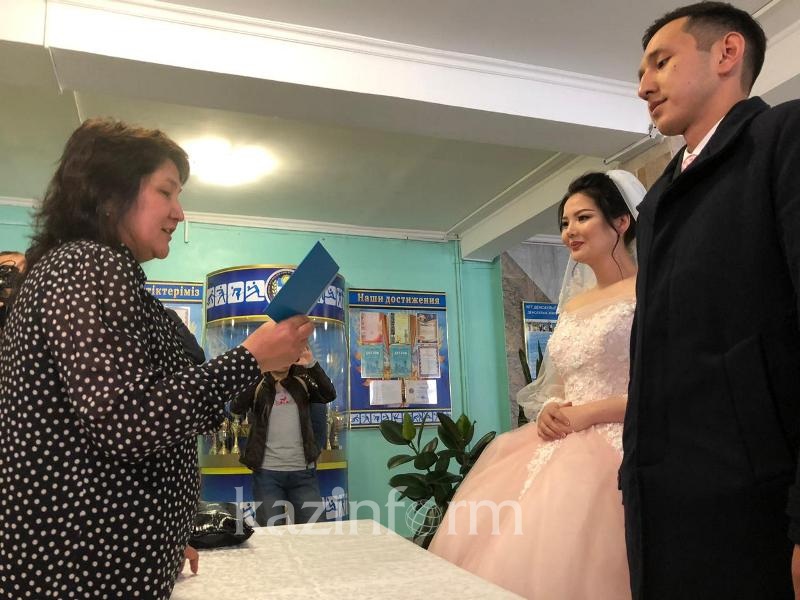 “We are colleagues and met at work. And everything started there. A year has passed since then. Both of us are employees specializing in management,” said Miras Abdrakhman. 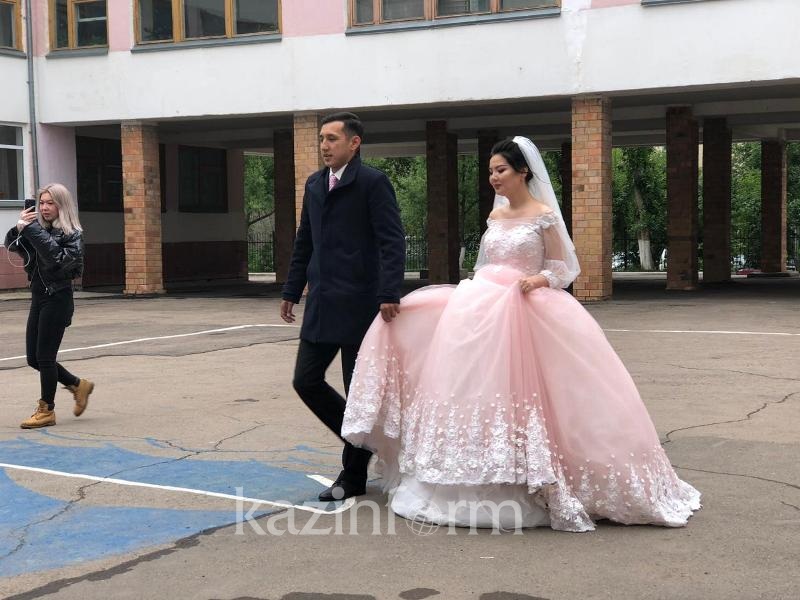 The young people told reporters why for this landmark event they chose Kazakhstan presidential Election Day. “Presidential election is an important and fateful event for the future. In this regard, we wanted to do our part. We voted together and got married,” he said.

For some voters age was no hindrance in discharging their responsibility. 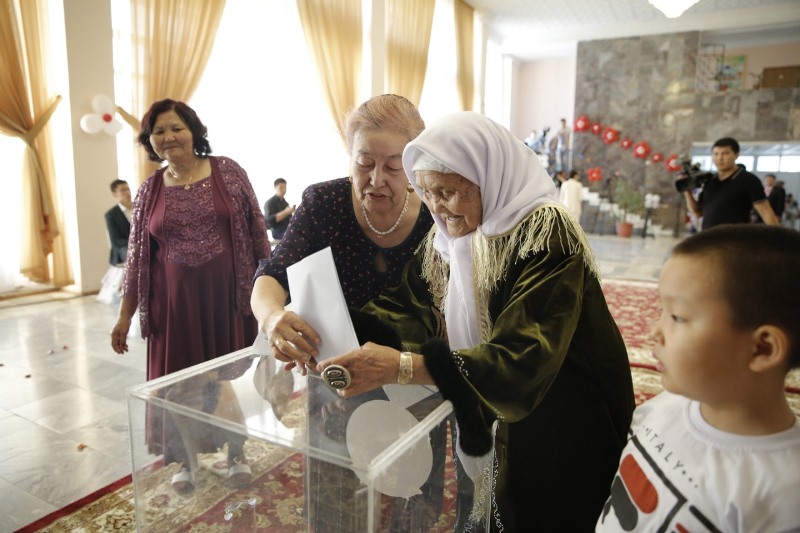 Balziba Mazhitova from Atyrau is 101 years old. She came to the polling station in good cheer. “Despite my age, I came to the polling station. Let the number of centenarians increase in Kazakhstan, let the country develop and flourish,” Balziba Mazhitova said.

In fact Balziba Mazhitova seems quite young compared to another voter. 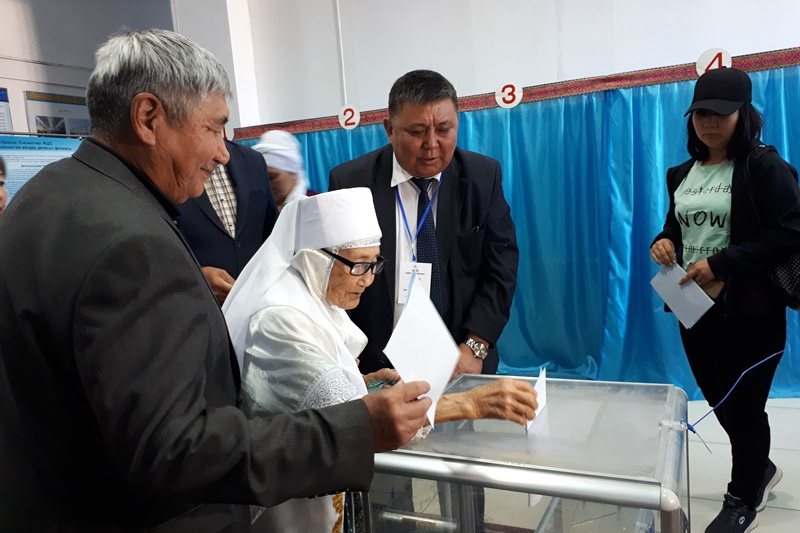 Zhakybay Bissengaliyeva was born in 1915 in Kyzylsu village, Khromtau municipality of Aktobe region. Her mother suffered from an illness and the father had to raise the children himself. From early morning till late evening Zhakybay worked hard to help her father. 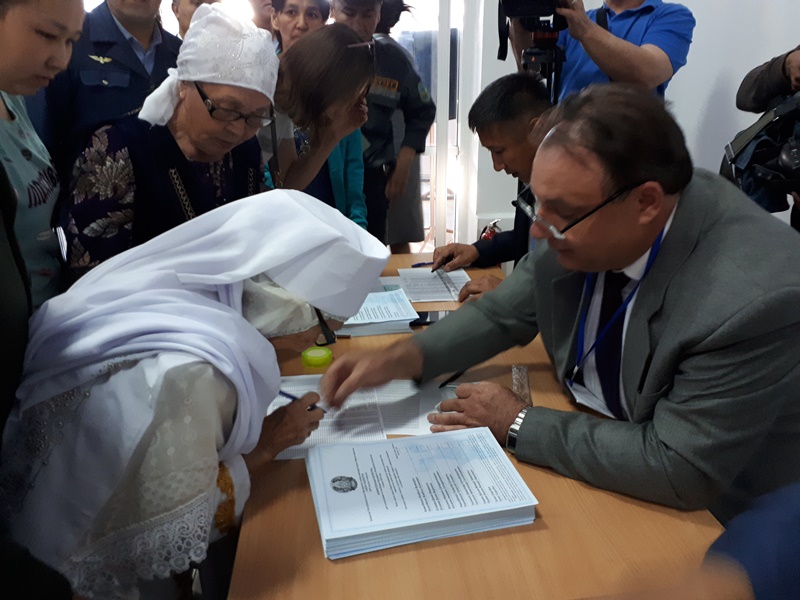 She took care of her brothers and helped them get on their feet. Her husband Gabit Bissengaliyev was a local authority employee. He served in the Red Army during the WWII. The family lived happily with three children. Now Zhakybay Bissengalieyva has 7 great-grandchildren. “I have participated in all the elections in our country. My grandson brought me here today by a car. I have made my choice. I believe that our children need this choice,” she said. /// nCa, 10 June 2019 [most of the pictures and some of the write up is from KazInform]