You are here: Home / Articles And Reports / The delegation of Turkmenistan completed it’s visit to the UN General Assembly session in New York 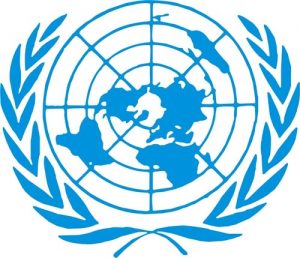 On 23 September the delegation of Turkmenistan continued its participation in the events of the high-level week of the 71-st session of the UN General Assembly.

One of the highlights of the day was the solemn ceremony of signing by Turkmenistan of the historic Paris Agreement at the United Nations Headquarters.

The signing is the first step through which the state expresses its readiness to proceed with the implementation of internal procedures necessary for preparation of agreement ratification.

On the final days of it’s visit, the Turkmen delegation held meetings with the UN Secretary General Ban Ki-moon, President of the General Assembly Peter Thomson, Under-Secretary-General Gyan Chandra Acharya, Executive Director of the UN Counter-Terrorism Committee Executive Directorate and Assistant Secretary-General of the United Nations Jean-Paul Laborde. In the course of the meetings, the significance of Turkmenistan’s peace-building initiatives, and the country’s commitment to the effective and practical implementation of Sustainable Development Goals in the context of preparations for the first Global Conference on Sustainable Transport have been noted.

On 24 September 2016, the delegation of Turkmenistan departed from New York to Ashgabat. ///MFA Turkmenistan