You are here: Home / Archives for Georgia 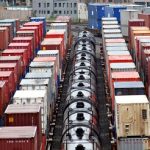 Samarkand city railway station. Photo: Relisa Granovskaya/ADB The efficient trade of goods across international borders is key to economic growth and poverty alleviation. This is particularly important in largely landlocked Central Asia where road and rail represent the two dominant modes of transporting goods across the region. Using data from shipments collected over the past […] 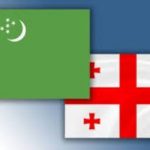 The data published by the petroleum importers union of Georgia shows that Turkmenistan is among the four major suppliers of petroleum products to Georgia. During the first half of this year Georgia imported about 23000 tons of aviation fuel from Turkmenistan, which accounts for 80% of total aviation fuel import during this period. During this […]