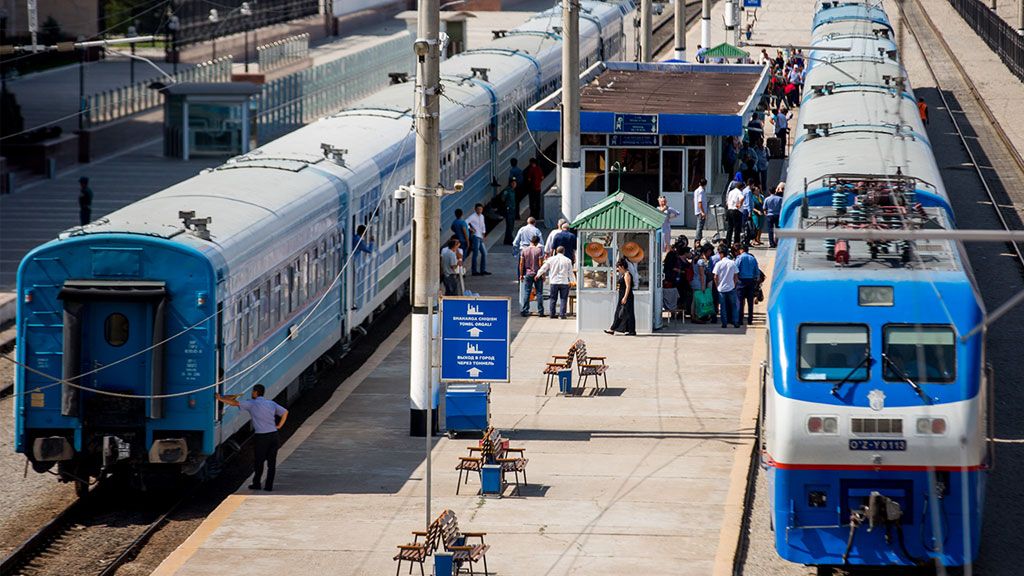 The efficient trade of goods across international borders is key to economic growth and poverty alleviation. This is particularly important in largely landlocked Central Asia where road and rail represent the two dominant modes of transporting goods across the region.

Using data from shipments collected over the past 10 years, a new report sheds light on changes in the speed and costs of moving goods across borders and along six priority transport corridors that crisscross the region. The Corridor Performance Measurement and Monitoring (CPMM) report and empirical tool that underpins its findings were designed by the Central Asia Regional Economic Cooperation (CAREC) Program, a partnership for 11 countries to promote economic growth and development through regional cooperation.

CAREC’s members are Afghanistan, Azerbaijan, the People’s Republic of China (PRC), Georgia, Kazakhstan, the Kyrgyz Republic, Mongolia, Pakistan, Tajikistan, Turkmenistan, and Uzbekistan. The program is supported by the Asian Development Bank (ADB), which hosts the CAREC Secretariat in its headquarters in Manila, and other development partners.

Here are five things to know about changing trends in the efficiency of road and railway transport in the region. Cost estimates are based on moving goods by road or rail normalized by one 20-ton unit of goods per 500 kilometers (km).

1. Transporting goods over national borders using railways is getting faster

There has been a gradual reduction in the amount of time taken to move goods by railway through the 36 border crossing points studied in the report. The average border crossing took around 21 hours in 2019 by rail, almost 35% faster than in 2014. This measurement includes waiting, unloading, and loading time, and the time taken to change rail gauges. This improvement is largely due to measures taken by the People’s Republic of China including streamlining border-crossing processes and enhancing transloading capability—the process of transferring a shipment from one mode of transport to another or from one rail network to another rail network using a different gauge.

2. The overall speed of transporting cargo by rail rose significantly in the past decade

There has been a significant increase in the average speed of transporting cargo across CAREC’s six major transport corridors by rail over the past 10 years. In 2019, goods moved at an average of 45 kms per hour (km/h), some 67% faster than the average of 27 km/h in 2009. These improvements are largely due to shorter average border-crossing times and substantial increase in China Railway’s train speed. 3. The overall cost of transporting goods via rail along CAREC’s major corridors is gradually going down

The total average cost of transporting cargo along CAREC’s six major transport corridors by rail has steadily decreased from more than $1,300 per unit in 2014 to just over $800 in 2019—an almost 40% reduction. However, average costs of moving goods along CAREC corridor 6, which serves interregional transit trade between Central and South Asian economies with the Caucasus, Middle East, and the Russian Federation, remained high.

Since 2013, the total average cost of transporting a unit of goods along a 500-km stretch of CAREC corridor 4 via road has decreased by more than 40%, from $1,536 to around $900 in 2019. This was spurred by a substantial decrease in estimated average road freight rates from 2018 to 2019 along the Sukhbaatar–Ulaanbaatar–Zamiin-Uud road in Mongolia, a country which has benefitted from a major road rehabilitation program supported by ADB and other donor international organizations.

By contrast, the most expensive road corridor section for transporting goods in 2019 was the roughly 500-km stretch between Kashi in the People’s Republic of China, and Sost in Pakistan, due to the route’s high altitude and remote circuit.

5. However, it is taking longer to transport goods across road borders in Central Asia

There has been a gradual rise in the amount of time taken to move goods across national borders by road, from about 6 hours in 2009, doubling to more than 12 hours a decade later. This was largely due to delays at key crossing points between Uzbekistan, Kazakhstan, and Turkmenistan.

Point five shows that despite the progress, some important challenges remain. The report identified customs controls, border security, immigration procedures, and weight or vehicle inspection as hotspots for rent-seeking behavior, such as some officials request sums above official stipulated payments to “expedite” processes.

Some CAREC member countries require foreign-registered trucks to stop at the border and transfer inbound shipments onto locally registered trucks. Unlike the European Union where trucks, goods, and people can move with minimal border formalities, this mandatory transloading increases cost and complexity, particularly given the low number of containerized shipments. Yet, when countries work together to align their regulations, this can result in rapid improvements. In September 2019, Pakistan and Afghanistan implemented an agreement to implement 24/7 operating hours at their common border crossing in Torkham—a popular goods transportation route notorious for its high volume of trucks and ad hoc closures. Friday is a working day in Pakistan but not in Afghanistan. The impact was instantaneous: in the fourth quarter of 2019, estimated crossing times dropped 27% on the Pakistan side, and 41% on the Afghan side.

The CAREC Program will continue to promote reform and modernization initiatives that foster seamless transport and reduce trade barriers within the CAREC region. ///ADB, 14 August 2020